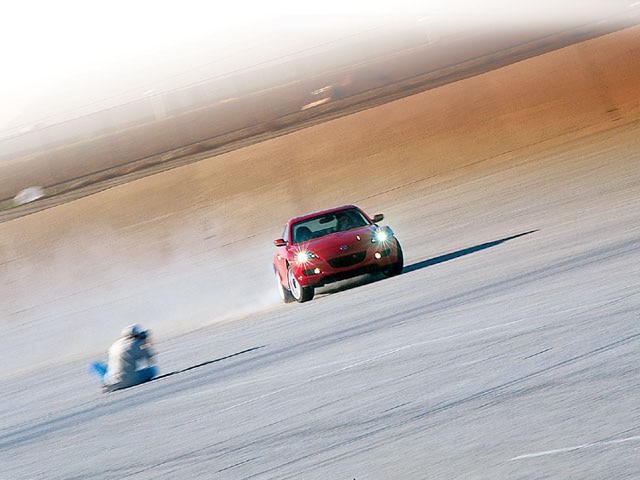 You can take the overzealous, car-guy photographer out of the country, but you can't take the country out the overzealous, car-guy photographer. Which is why, last night, I found myself running hell-bent down a twisty mountain road chased by Project WRX with Dave Coleman behind the wheel. If you know anything about Project WRX, or Dave Coleman for that matter, you can imagine why this sucked. Maybe I should have been a sprinter.

Anyway, as you can see by the lead shot for the final installment on our beloved Project WRX on page 182, it was worth it. And it all worked out fine. In fact, even crazy-man Coleman and I have come to terms with these ridiculous situations. I can't count the number of times he's managed to steer around me at the last second as I sat helplessly in the road. Basically, photographing cars comes down to one simple matter.

Trust not just in the driving abilities of the guy behind the wheel, but trust the car he's driving won't disassemble itself at the wrong instant and turn an otherwise routine photo shoot into a yard sale of cameras and photographers. That part is pretty much a crapshoot. So it comes down to how much you believe in your driver. And sometimes, like in the May 2003 issue, when we just had to get a sideways shot of Mazda's RX-8, I had to really believe. For this shot, I sat in the middle of an empty parking lot as the RX-8 slid past only feet from the camera. Or, like in the November 2001 issue, when Coleman managed to put the then-new EVO VII's wheels back on the ground in time to drive around the tripod, camera and photographer sprawled only a few yards past the landing zone.

It's the same every time you get in a fast car with one of your driving buddies. You trust him to keep things rubber side down and he trusts you to not grab the hand brake mid-corner. There's an unspoken agreement that goes with this sort of madness and a kind of satisfaction that goes with granting that trust. It's a lot like driving quickly on a familiar road, keeping enough room in the envelope to maintain a reasonable safety margin, but going fast enough that familiarity matters on every blind corner. When it all comes together and physics works its magic, there's nothing better in our twisted, little, car-guy universe.

Anyway, I can't be a sprinter. I'm way too small. And I like cars too much. But it sure is nice to find so much peace in such an unexpected place.

Check out what our readers have to say about what we say in Sport Compact Car Magazine. 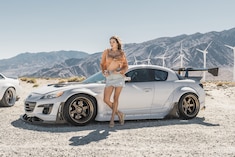 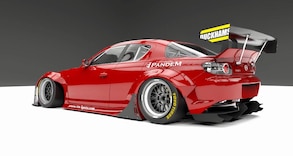