Even if you never look for a sponsor or collect a dime in prize money, racing is a business. Race winners are almost always the people who run their team, their shop, their resources and their lives the most efficiently and effectively. Every racer is, to a greater or lesser degree, an entrepreneur; a small businessperson who has conjured out of thin air an enterprise dedicated to a goal. I'm never quite sure if it's more important that a racer have the desire to win or the ability to organize a business to campaign a successful race team. 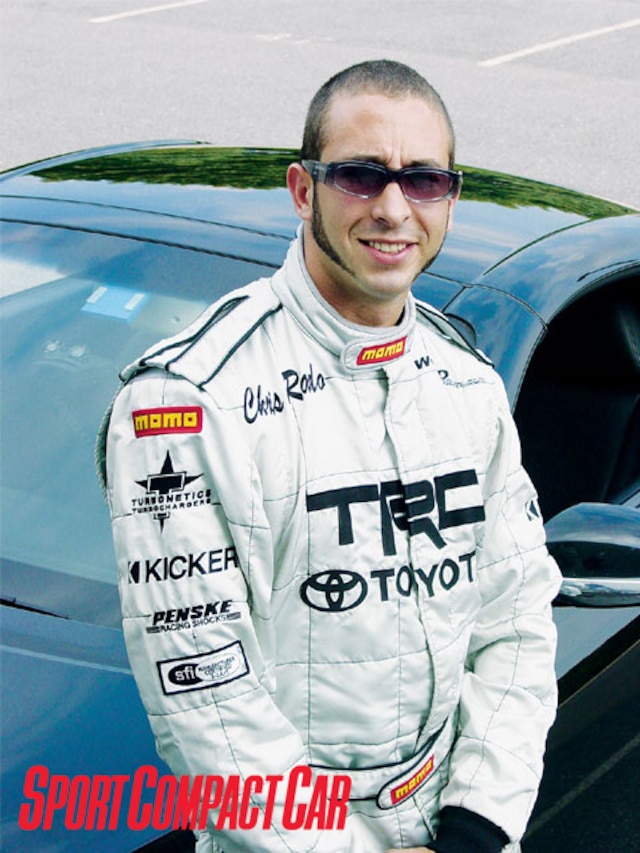 Which is why I'm in partnership with Bob Norwood in establishing NORAD to develop the next generation of front-wheel-drive racecar and powertrain systems (engines and transmissions) for this new breed of racers.

Norwood has pushed more engineering knowledge through his brain than I'll know in my entire life. He has 137 separate listings in the "Guinness Book of Automotive World Records," he's ludicrously creative, technologically daring and fearless in pushing the limits. He's also a good guy to be around. He has been a drag racer, a road racer, a chaser of land speed records, and such an expert on Ferraris that he has built replicas of classic racing machines that are indistinguishable from the originals. He doesn't just think outside the box, every day he redefines what a box can and should be.

He's exactly the right person to partner with when your goal is to revolutionize drag racing and build a strong, thriving business.

Combining all the great and often frustrating experience WORLD Racing has had the past couple of years with our far-reaching Celica with Norwood's expertise will result in another dramatic and earth-shattering front-drive racecar next year when the all-new NORAD Celica appears. The key engineering element of the new car is the largest slicks yet shoved under a nose of a race machine. We're building the car around the tires.

Of course, cramming in big meats is hardly sophisticated race technology. But to make those giant doughnuts work demands a re-engineering of the entire car. The suspension will use a four-link system similar in concept to what we've used in last year's Celica, but different in virtually every detail and with a few twists I still find startling myself. The whole front end is narrower to accommodate the tires, the shocks are mounted horizontally (parallel to the ground) and the steering wheel is centered. The rear suspension is completely new and closer in concept to motorcycle swing arms than any conventional racecar's. 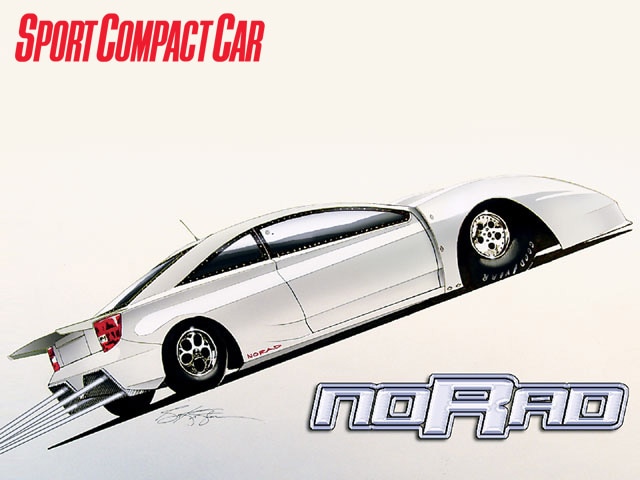 We'll be using the same 3RZ 2.7-liter Toyota powerplant we ran last year, but Norwood is aiming to pump output up from last year's 1,100-or-so hp to about 1,400 with a thicker powerband. Reworking the block and crankshaft have already resulted in us knocking up against the 3.0-liter limit and Norwood's reconfiguration of the cylinder heads and turbo plumbing is audacious and brilliant.

We'll be backing the engine up with an air-shifted Lenco-based, five-speed transaxle that should be stout enough to handle all the additional power while also producing shifts that won't beat up the tires and cause us to lose traction.

Norwood got some tremendous results working with Kenny Tran in the Hot Rod class last year, and he'll work similar miracles with NORAD and WORLD Racing. But the partnership will extend beyond that as we develop products based on our experiences and successes going into the future. WORLD Racing has always been dedicated to product development, and the addition of Norwood and creation of NORAD will only accelerate that and our growth as a business.

I've never been one for baby steps and I think NORAD will prove a great leap forward for all of front-drive drag racing. We will win the 2004 NHRA Pro FWD championship for Toyota and do it in a convincing, overwhelming way. At times it hasn't been easy the last couple of years, but we're not going to retreat from our bold course. I've never been more excited, more confident or more eager to go racing than I am right now.