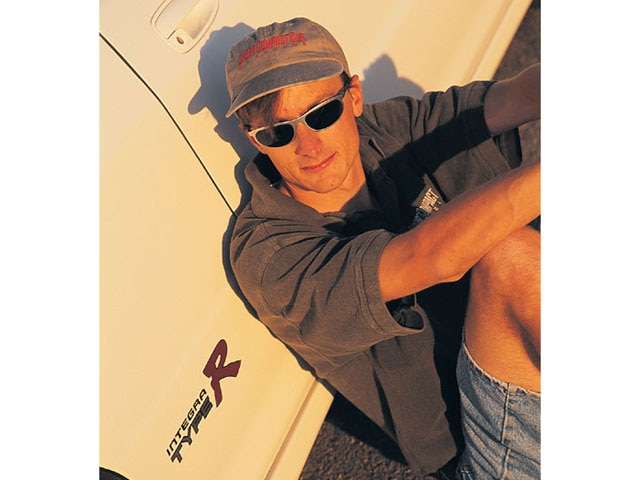 Being a car guy is terminal. I discovered this last week while lying under an 18-year-old Dodge Omni GLHS. The Omni adventure is another story altogether that you'll read about in an upcoming issue, but the car guy part, well, that's a whole mess you and I and everyone else who picks up this magazine will be stuck with the rest of our lives.

This latest realization came courtesy of a late-night wrenching session as brake fluid dripped from the dead Omni into my hair and eyes. I remembered, months before, swearing off this exact scenario. But it's fate. I can't escape it. And neither can you.

The nasty fluid was leaking from part of the Mopar's brake system, which had been maligned with enough wrenches to make any mechanic toss up his arms in frustration. Nothing fit. You see, the brilliance behind the design of the Omni is its mishmash of metric and standard fasteners-and the fact that no fewer than 20 people before me had probably tried, and failed, to screw this particular piece together during the life of the uber-Omni. But that's not the point.

The point is that I swore I'd never do this again. But there I was lying under an old, turbocharged, American econo-box in the middle of the night while it peed brake fluid into my hair. Again. I'm smarter than this, I thought. I've been this stupid before and lived to tell about it. Even worse, I'd promised to spare myself this level of stupidity and never again get involved in a last-minute car build. But I'm a car guy.

And so were all the idiots lying there with me. In fact, most of them had been working on this Godforsaken hunk of crap for way too long. They were welding, cutting, grinding and turning themselves into a major nuisance to the neighbors at all hours of the night, weeks before I showed up. Several months of stupidity dragged into the waning hours before a race that didn't matter to anyone but us.

I should've known better. Several of these idiots are old enough to be my father. They have real jobs. Jobs that don't involve ancient turbochargers, Mopar Super 60 computers or vacuum-advance distributors. Or Motul RBF 600. Even so, they were standing in puddles of the stuff, their faces wedged inside welder's shields, their hands covered with cuts. All this hours after putting their kids to bed, kissing their wives good night and walking out the door for a little automotive soul cleansing. Collectively, we aren't very smart. Car guys, that is.

Even worse, several of these guys have been doing this for longer than I've been alive. It's a wonder they still have skin with all the solvents, fuels, and other toxins their bodies have encountered over the years. They're all on the Environmental Protection Agency's most wanted list. But they still love cars. And for some reason, so do I.

And as I struggled to re-assemble the worst sliding caliper in the history of brake design, it all became clear. This isn't going away. If these guys are still willing to suffer through night after night of turbo Dodge insanity, then there's no way I'm going to escape with a lesser fate. It might not be turbo Dodges every time for me. Sometimes it will be a rally car. Sometimes it will be an SCC project car. And occasionally, it might even be my own car. But regardless of the machine, I'm doomed. Doomed to work on cars at all hours until I finally punch out like a sour connecting rod.

And so are these guys. These so-called "friends." They'll be out there patching up some tired, old K-car late into their pathetically obsessed existence. They'll be sucking down unburned hydrocarbons, inhaling race fuel and irritating the neighbors at 3 a.m. until they run out of boost. Judging by their current level of ambition, that won't be anytime soon.

And if you're reading this, you're destined for a similar fate. So don't fight it. Get yourself a lifetime supply of Fast Orange hand cleaner and a good fingernail brush. And while you're at it, find a tolerant spouse. 'Cause you're a car guy. Deal with it.