Home  |  Features  |  News  |  Dream Porsche 914 Build Editorial - What Would You Do With A Million Bucks?
Subscribe to the Free 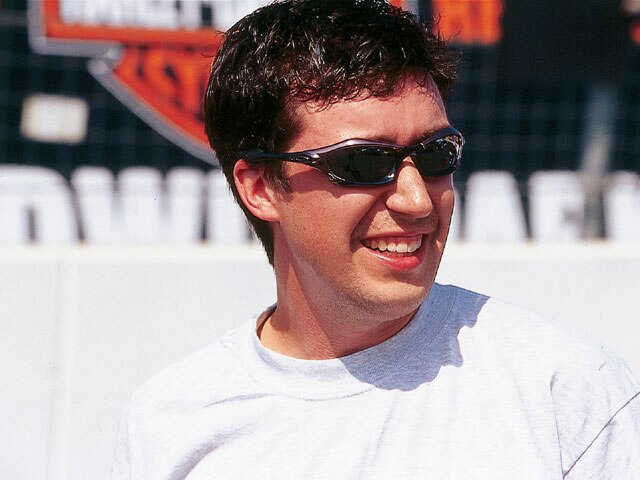 My answer is easy, but it isn't simple. A cold mil wouldn't even cover a single McLaren F1, but it would be enough to stuff a garage-mahal with all the cars my twisted mind cooks up in a typical week. The madness would start, strangely enough, with the unloved Porsche 914. Sure, it's ugly, dumb and slow, but to an engineer the 914 is so right. Besides being small and light, the midmounted flat four gives it an extremely low polar moment and a ridiculously low center of gravity. There is no car on the planet more capable of milking every last drop of performance from a set of 155mm Costco tires than a Porsche 914.

The first challenge is finding one that's structurally sound, or at least as sound as they were new. Bob Bondurant used 914-6s at his driving school back when they were new, and at the end of two years, as he tells it, they literally broke in half at the firewall. That brings us to the first critical modification: a roof. The vinyl-covered Targa top must go, with a minimalist chrome-moly cage connecting the Targa hoop to the windshield pillar and supporting all the suspension pickup points goes in, topped off by painted steel.

The littlest Porsche happens to share lots of basic suspension bits with real Porsches, so all 911 suspension bits go on, with 916 flares to cover tires in a size Costco doesn't carry. So far this is nothing hundreds of Porsche geeks haven't already done, so let's start pissing off the purists. Time for the engine swap. Dipshits have been stuffing small blocks into 914s for decades, so it's clear the engine hole is a roomy one, but the original concept of a horizontally opposed four is still the best idea. If you don't have low weight and a low center of gravity, why are you driving something that looks like it was designed to hold open a giant door?

By now you've probably guessed where we're going to find a modern, powerful, reliable flat four, so the only dilemma that remains is how to package the turbo and intercooler. The engine compartment was designed to use the low-pressure area behind the rear window to suck air up from under the car and through the original air-cooled VW Transporter engine, so laying the intercooler horizontally in front of the engine and letting that same airflow do the intercooling isn't such a bad idea. Problem is, the WRX runs the exhaust crossover around the front of the engine, which would cook the intercooler.

Take the whole exhaust manifold, crossover, turbo arrangement and bolt it on backward. The crossover goes behind the oil pan, the turbo goes in front of the left cylinder head and dumps right into the low-mounted intercooler. Oh, sure, lots of stuff would have to be modified to make this fit, but I think with a million bucks a guy like me could hook that up.

Next to the 914 is a 240Z, and like the 914 it looks relatively conventional. Silver paint, black hood, black, rivet-on fender flares, black Watanabe wheels, and a small, black ducktail spoiler. The faithful already recognize this as a blatant 432Z ripoff. The rest of you probably don't even know the Japan-only Fair Lady Z was once available with the Skyline GT-R's four-valve, triple-carb, twin-cam, 2.0-liter inline six. Now you do.

Even those who loved the outside will be horrified when they lift the (carbon) hood to find a four-cylinder Toyota powerplant. That's right. The Toyota Altezza's 200-hp 3S-GE and slick six-speed tranny will fit under that long hood with lots of room to spare. The original inline six is capable of far more power and can make much better noises, but it's too big and heavy for my Z. Mine will weigh in at less than 2,000 pounds and have nimbleness no Z has ever achieved.

The Altezza powerplant is short enough that an X-brace can go in front of it, connecting the shock towers to the front of the frame rails. Another goes over the engine, connecting through the firewall to the cage that ties in the rear suspension subframe.

The Z faithful who didn't wipe their asses with this page after the Toyota thing probably noticed the use of the word shock tower instead of strut tower, and the fact that the 240Z didn't have a rear suspension subframe. Did you really think that with a million bucks I'd still have '70s vintage struts under this thing?

The Mazda Miata's exquisite double wishbones bolt to simple subframes that connect to the car with just four bolts each. What easier way could there be to get Miata nimbleness, Miata steering, and a helical limited-slip diff than pillaging a junked '99 Sports package?

Oh, and the Miata's powerplant frame that connects the transmission and differential with a giant, torsionally rigid brace? Turns out the Altezza uses the same Aisin transmission as the six-speed Miata, so all you need is to bolt a Miata tail housing to the Toyota's tranny and it all goes together. This is almost too easy.

The Stratos won't be so easy. In case you weren't counting, Lancia only made 502 copies of the Stratos, and though I could afford one if I had a cold million, I'd still rather build my own. The original car used a midmounted 2.7-liter Ferrari Dino V6 and a strut suspension in the rear, with double wishbones up front. Think about that for a second. The Stratos had a wheelbase 6 inches shorter than a Lotus Elise, but when the body rolled, the front wishbones kept the front tires flat, while the rear struts rolled with the body. Holy snap, oversteer!

The solution for everything is in the junkyard. Lop off the front of an Acura CL Type-S and not only do you get to replace that Italian lump with a sweet 3.2-liter VTEC V6, six-speed tranny and helical limited slip, but you also get double wishbones mounted to the same subframe. Toss out the steering rack and you can use the steering arms as toe control links. Mount the inner tie rods in the right place and you can even make the rear tires toe in a bit under compression to keep that big engine behind you.

Up front there's another modern subframe holding more modern wishbones. This one's from an RX-8. And don't think for a second this isn't a well-considered choice. The track width of an RX-8 is only about 1cm wider than a Stratos, both the upper and lower control arms mount to the subframe (unlike the FD-3S RX-7) and the front-mounted steering rack leaves room for your feet, which, in a car as short as the Stratos, have to go between the front wheels.

We now have a drivetrain, suspension and brakes from the junkyard, but nothing to bolt them to. Carbon-fiber Stratos bodywork is available from Hawke cars in England, but its chassis won't accommodate my junkyard prowess.

Time for my own tube frame. Hey, I'm a millionare. Why can't I have my own tube frame? The only question now is whether to paint it the multivitamin piss green that was available on the street version, or to use full Alitalia regalia, Safari bash bars and a spare tire on the roof. Tough choice.

I also want a third-gen. RX-7, but I don't want it to blow up. Think that will take more than a million bucks? Think again. Naturally asiprated rotaries run forever, so I'll just ditch the turbos. Making the 300 hp I need to be happy, though, will require a street-ported three-rotor 20B. These can be made to fit, but usually this involves moving the steering rack, ruining the near-perfect steering the RX-7 came with. Instead, mine will get a modified transmission tunnel and have the engine shoved back behind the stock steering rack where it belongs.

Oh, and a Lotus Elise with an RX-8's Renesis bolted to a Subaru WRX STi tranny. The rotary gives about 25 more hp, a much stronger midrange, and is much happier about staying at 8000 rpm for half an hour at a time. And that tranny? Just weld up the center diff and you have a perfect close-ratio gearbox with all the power going forward to a factory helical limited slip.

Oh, except for the Ginetta with last month's Powertek Hayabusa V8. And with that kind of coin, mine will be the stroked 3.0-liter version, of course.

Damn, I think I need another million.

Dream Porsche 914 Build Editorial - What Would You Do With A Million Bucks?
Photo /