Check out this last Turbo editorial column from Evan Griffey. 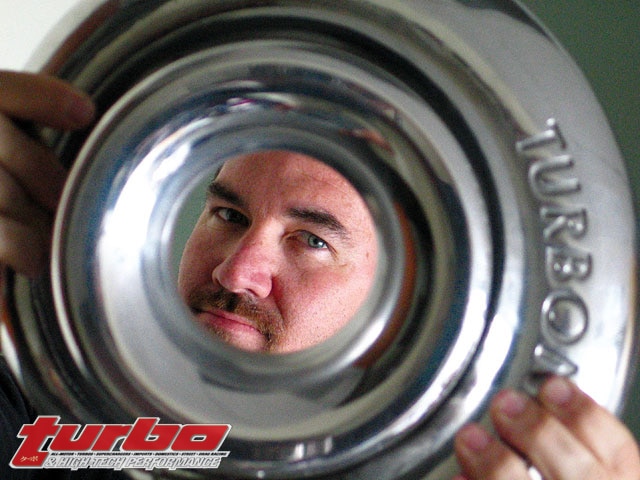 I suppose it's all about stages: staged injection, staged boost, staged performance packages, heck you can even pre-stage then stage if you're a drag racer. Well it's on to the next stage for me. For the last three issues I have been transitioning out of the editor's chair and into the next phase of my life in the Seattle area.

I would like to say up front that I am still deeply passionate about the scene and am leaving for mostly family/financial reasons. There is no burnout or turn-off going on here. I am hopeful that I will still contribute to Turbo and other magazines in the future. Heck, I may actually get to work on my car(s) now that the reputation of the magazine is not resting on every turn of the wrench.

When I pulled into the Turbo magazine parking lot on October 28, 1992 I was greeted by two Mustangs, a Buick Grand National, and a host of Chevy trucks. Undaunted, I parked my '91 Sentra SE-R with pride. There were five people in the company and Turbo was an 84-page bimonthly. The import scene was so far underground you needed side-scanning sonar to get a vague outline of it. But I saw it and in the next few years was able to collect a group of staffers who were similarly enlightened.

I have never been a chest beater, one who jumps on the soapbox and says look what I have done. But I do take pride in the accomplishments of Turbo magazine and what it has done to take that underground phenomena and bring it into the light.

Credibility is at the core of Turbo and its success. We took the import scene seriously from the first Battle of the Import race and never wavered. While the mainstream "excused" us as a bunch of wayward Y-generation basket cases I saw the tumblers falling into place.

Modern electronic fuel injection, the physics-challenging capabilities of the turbocharger, and an eclectic grab bag of innovative thinking, totally committed enthusiasts who were always able to see the next level and get us there. I have never since seen the same combination of technical savvy, outside-the-box thinking, and determination. I mean who the hell thinks to put wheelie bars on a front-drive drag car! I speak of Ron and Ed Bergenholtz who dropped this bomb in 1998. You may recognize their names; they are the 2005 NHRA Pro FWD champions, still dishing out the pain 1,320 feet at a time.

When contemplating something big I go by the credo, "Only when you know where you have been, know where you are, can see where you are going, and appreciate the lessons and consequences of each stage can you make truly wise decisions." I will miss the creative side of making the magazine, however, I am hopeful that the interaction with the many people I have come to respect in the industry is still just beginning.

As I read back this column it is not the poignant, irreverent, Hunter S. Thompson-esque creation I had envisioned when I came up with the title of it some eight months ago. But, like the 14-plus years of passion I have invested in this magazine, it is serious, sincere, and from the heart and that has always been good enough.