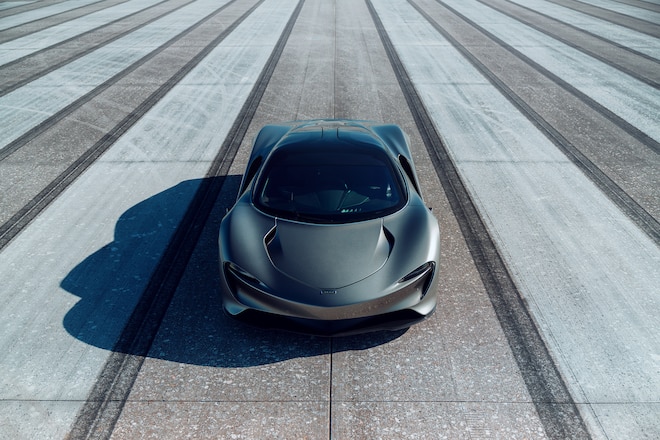 High-speed vehicle testing is serious business, which makes McLaren's claim that its new Speedtail hypercar achieved 250 mph at the Kennedy Space Center all the more remarkable. The Speedtail prototype, dubbed XP2, was tested on Kennedy's extra-long runway where NASA's Space Shuttle Orbiter used to land. According to McLaren, the Speedtail hit 250 mph more than 30 times during the testing.

Whereas the Shuttle used the 15,000-foot-long runway to slow down (that's over 2.8 miles), McLaren's Speedtail prototype used it to repeatedly accelerate to its top speed, which you probably guessed by now is 250 mph — the highest of any production McLaren ever. Per McLaren, the XP2 was able to reach 186 mph in just 13 seconds. It isn't clear whether McLaren changed the Speedtail's tires at all during its testing. High speeds generate a lot of heat in tires, which is why the Bugatti Chiron and its Veyron predecessor use very expensive, very special tires capable of not exploding at such velocities. Even so, it's cool to see McLaren not only verify the Speedtail's top speed but to also do so over and over again with test driver Kenny Brack at the wheel. 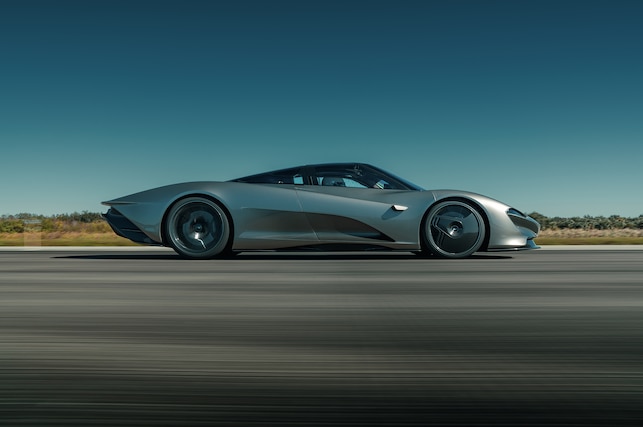 Besides verifying the Speedtail's top speed, McLaren used its Kennedy Space Center testing to evaluate the car's extreme aerodynamics. Keep in mind the Speedtail is rather big—it's around 17 feet long—and McLaren claims that tapering, long shape helps it be "the most aerodynamically drag efficient McLaren ever." The Speedtail also bleeds with technology beneath its carbon-fiber body. Its gas-electric hybrid powertrain produces up to 1,035 hp and 848 lb-ft of torque, and the battery that powers it has a power density of 5.2 kW/kg, which McLaren says gives the battery the best power-to-weight ratio in the industry. The battery is recharged by recovering energy lost during braking, as well as via a wireless charging pad that is included with the vehicle.

We'll have to wait until next year for the first Speedtails to roll out of McLaren's Woking, England, facility. A total of 106 will be built, and no, you probably can't afford one - they're priced at over $2 million a pop. 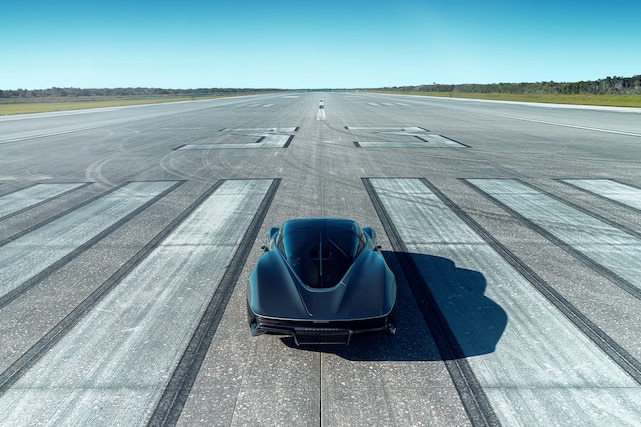