It's been almost four years since Honda debuted the very first Civic Type R model ever offered in the U.S. and as of this morning, it looks like a follow up generation is in the works. A series of spy photos captured overseas just surfaced thanks to CivicX.com—the ultimate online source for all things 10th generation Civic-related, from technical info to serving as a hub for new Civic owners to share their personal cars and, of course, breaking news.

Much like the current Civic family, the 11th generation Civic is expected to be based on a global platform, and from the images captured by CivicX, a Type R version will once again be produced, though there's no way of telling which countries will get the Civic family's most potent version.

More on the First Civic Type R Ever Offered to the U.S.
Our first in-person look at the FK8
Civic Type R Limited Edition 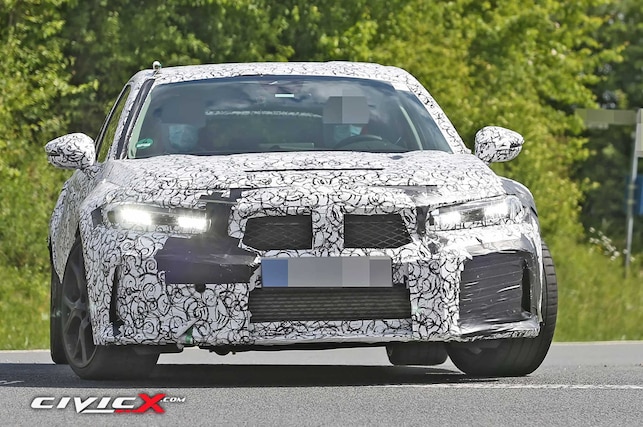 Based on the heavily camouflaged prototype vehicle, much of the styling from the current generation have been applied to the new version. Front the front, a split upper grill sits above the main grill which feeds a front-mount intercooler and the front fascia remains extremely tall, with vents on either side of the bumper and a vent is visible on the hood, though less pronounced.

The prototype's headlights cut off abruptly rather than being sculpted into the hood like the current model. Bulky side mirrors that don't appear to incorporate a blind spot camera are mounted to the doors, rather than the triangulated region between the side windows and windshield. 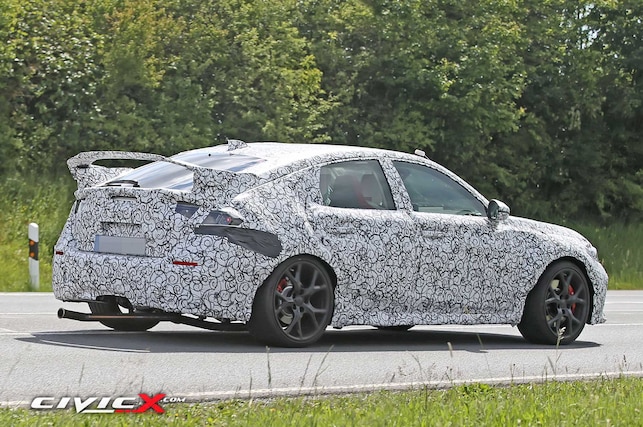 The sedan-like silhouette remains, and with the scattered vinyl cover, the car appears even longer than before. Atop the rear sits a mid-level wing with pedestals that stretch further along the windowsills as compared to the FK8. The rear bumper's features are completely hidden and a makeshift exhaust exit pokes out of the driver's side rear for the time being.

The 10th generation Civic has been an incredible success for Honda and even with the now infamous dealer mark-ups on the Type R model, it's sold well enough to warrant a return to the U.S. market. We're keeping our fingers crossed as the current generation has made a major mark in the enthusiast aftermarket for both end-user and parts manufacturers. 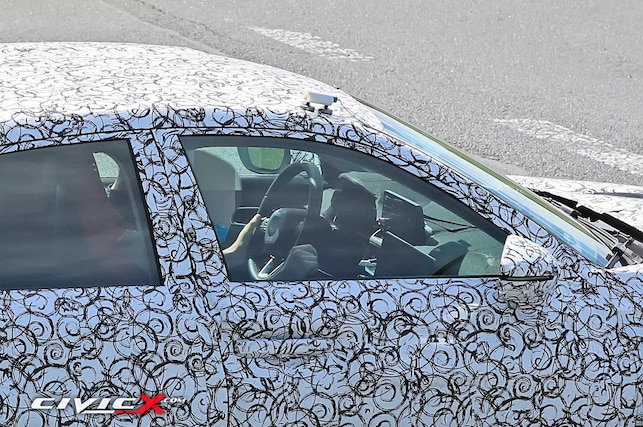