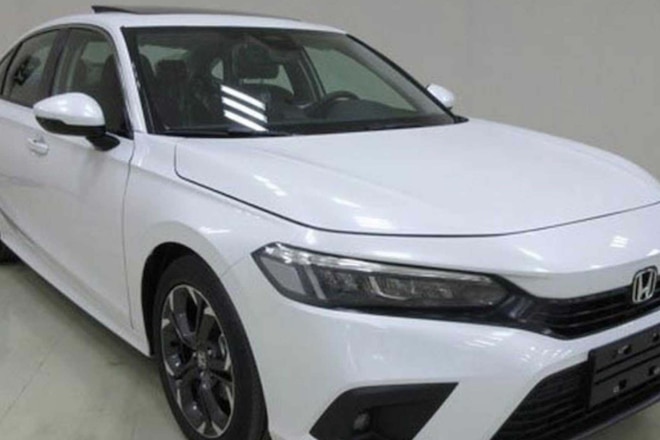 Super Street's Rodrez: Bet you didn't expect to see the 11th generation, 2022 Honda Civic sedan so soon, did you? Well, neither did we, but low and behold, these few images popped up and it looks like this might be the real deal. If so, the white sedan looks very much like the prototype that we showed you exclusively back in November. At that time, some of you said that production cars never look anything like the prototype and I think many confused Honda's previous concepts with other manufacturers. Still bitter about the A90 Supra vs. FT1 original concept, most view prototypes as teasers to get people talking, then the 'ol bait and switch is applied. Not the case with most Honda/Acura offerings and if these images are legit, then that drives the point home even further. 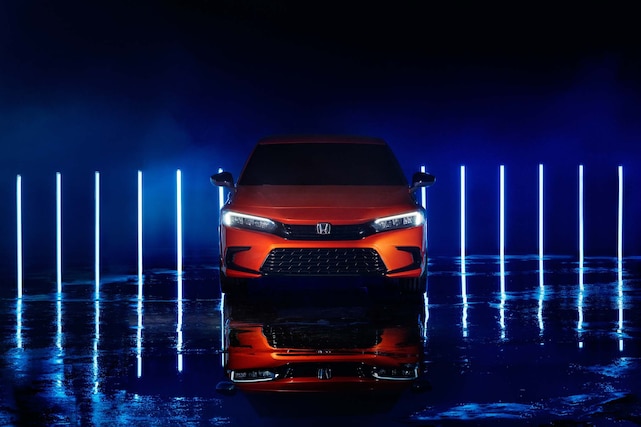 Scaled back in terms of styling, the 11th gen. sedan does still carry quite a few attributes from the outgoing 10th gen. model, especially in the curves and shapes up front. The oddly shaped hood, somewhat reminiscent of the 3rd gen. Integra which also offered a harsh line between hood and bumper, is going to spark some conversation both good and bad. The curvy rear window, balloon-like side mirrors and toned-down rear end are also going to be a love it or hate it affair.

More on the 11th gen. Civic
Prototype Revealed
What we know about the '22 CTR

Motortrend's Alex Stoklosa: Honda has a habit of showing off soon-to-be-revealed new vehicles as "concept cars" that are really just thinly disguised versions of the real deal. We have no reason to believe the Honda Civic Sedan Prototype the automaker debuted at the end of last year isn't a solid look at the next-generation 2022 Civic sedan set to go on sale midway through 2021. Need proof to back up the Civic Sedan Prototype's bona fides? These photos, which leaked onto the internet, appear to show a production-ready version of the Civic show car.

Past Civics sold there have been similar to those built and sold in the United States. Besides, the car in the leaked images bears a close resemblance to the Civic Sedan Prototype. As you can see, the real 2022 Civic loses the concept car's big wheels, aggressive fascia, and deep window tint. 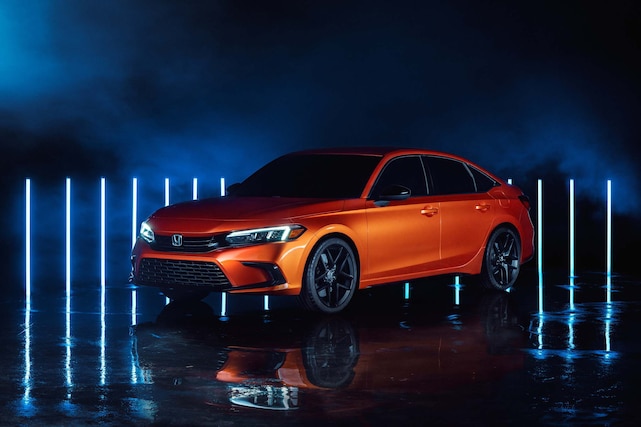 The rest is all there, though, including the wide headlights that flow into the grille, the delightfully thin roof pillars, and the window line that kicks up aft of the rear doors. The newly painted-over schnoz stands out, too; on the outgoing Civic it is either chrome or black plastic, but now the "H" badge lives partly in this body-color protrusion and partly in the simple blacked-out grille beneath.

We'll know for sure if this is the new 2022 Civic when the actual vehicle debuts sometime this spring, but if this is it, we dig how closely it tracks with the Civic Prototype's sleek new look, especially given how the old Civic could be considered ... ahem, overstyled.

Get to Know the International Roll Racing Association
SuperStreetOnline features