"You can feel the atmosphere starting to build now. Pikes Peak is a brand new experience for me, so while we have been testing here already, I really don't know what to expect from the actual race. You only get one shot up the hill and there is no second chance, so you have to make sure that you get everything right. So far the car feels fantastic," commented Loeb.

Although Loeb is a nine-time WRC champ, he is new to Pikes Peak. So to ensure the newcomer knows what to expect, he also attended the rookies briefing to the pleasure of more than a few amateur drivers we imagine.

Loeb and the Peugeot Sport team have been preparing with several test sessions on the mountain. Following the tests, Peugeot's mechanics stripped the car and rebuilt it to assure all is in working order. But now, with the race fast approaching, the team will leave the car as is for race day. 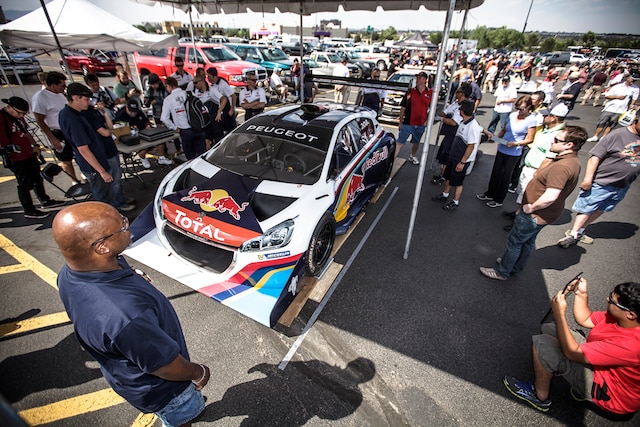