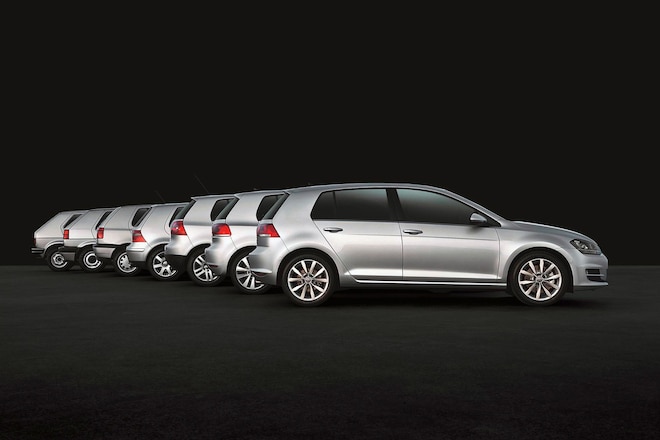 Making it the most successful European car ever, eclipsing even the air-cooled Beetle that reached almost 22 million, the VW Golf has now passed 30 million cars built since its introduction in 1974.

According to VW, that equates to 2000 cars sold each day for 39 years! The 30 millionth car was a Golf TDI BlueMotion, which is also the most fuel efficient Golf ever built.

As well as meeting the production milestone, the Golf was also named as the "Car of the Year 2013". The honor was bestowed by a 60-member international jury, who decided it was the best new car launched in the past year.

The milestone vehicle will be on display of the Wolfsburg plant and will probably become an exhibit in the company's museum.