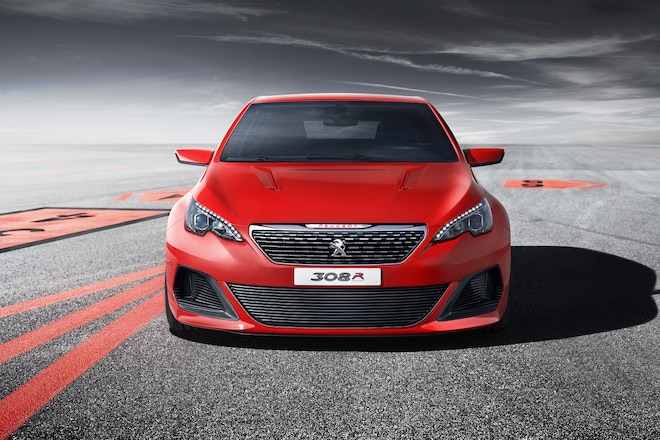 The Frankfurt Auto Show in September will see the arrival of a new concept from Peugeot. The 308 R will be powered by the same 270hp, four-cylinder 1.6-liter engine from the Peugeot RCZ R.

Underneath the paintwork, which uses red at the front with a fluorescent base, contrasted by a textured blue/black at the rear and separated by an oblique cut- line inspired by the Onyx Supercar Concept, are a number of carbon fiber panels. These include the hood, bumpers, doors, front fenders, mirrors, body sides and sills. In fact, only the roof and tailgate are in the original steel. 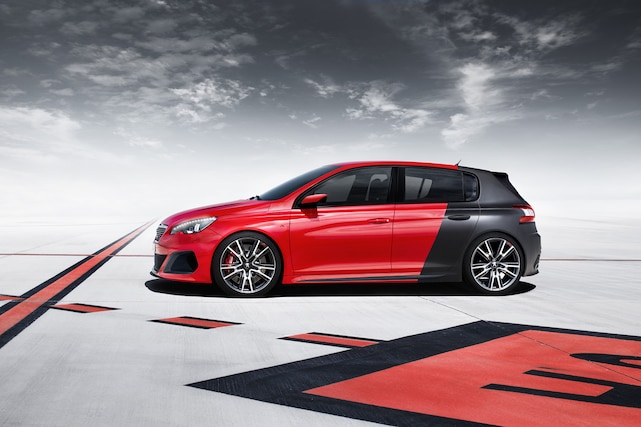 The front spoiler has three air intakes in the lower section to cool the 270hp engine. The air is then directed out of the hood through two vents that continue the body lines emanating from the radiator grille.

In profile, the concept's stance is lowered 26mm over 19" wheels that carry both the Peugeot Lion in blue Dark Chrome, while the red 'R' logo is on one of the five spokes.

Peugeot Sport developed the drivetrain and suspension, with the power going to the front wheels through a six-speed manual transmission, and harnessed by a Torsen limited-slip differential. 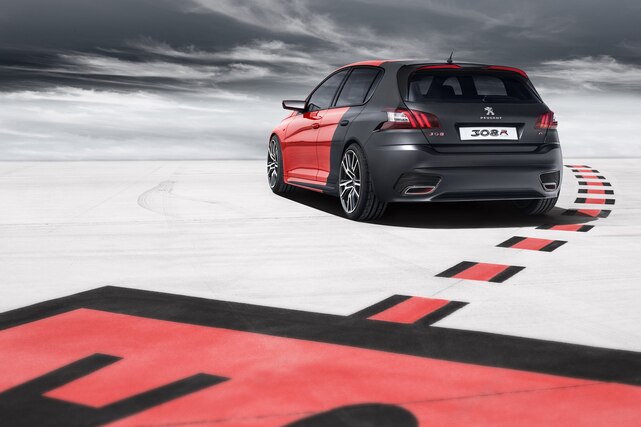