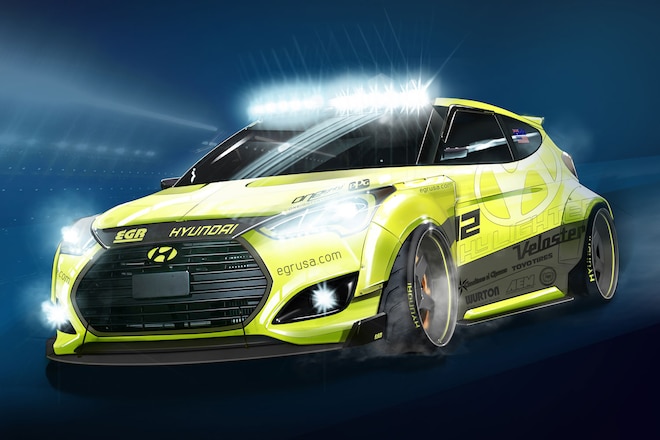 Last year’s Hyundai booth at SEMA received a lot of foot traffic with the introduction of the special edition 2013 Veloster RE:MIX. This year Hyundai is yet again stepping up its game. The Korean automaker dropped a bomb earlier this month announcing its partnership with Bisimoto Engineering to create a 1,000hp Hyundai Genesis Coupe for the 2013 SEMA show in Las Vegas. Now, a second concept car has been announced: The EGR Night Racer Hyundai Veloster Turbo developed by aftermarket specialists EGR Group. 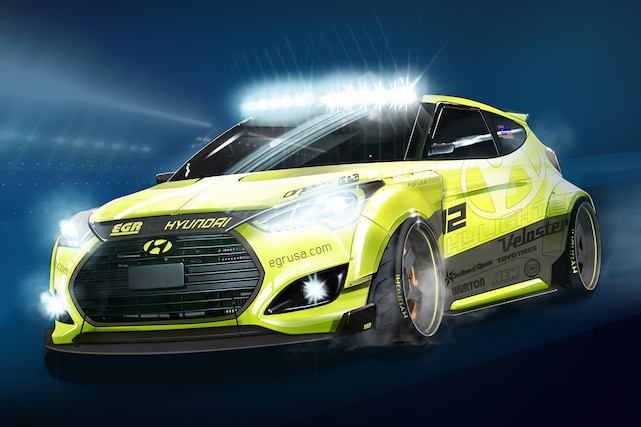 The custom EGR Night Racer concept is based on the 1.6L 4-cylinder Hyundai Veloster Turbo, which made its inception in 2012. Stock, the engine produces 201hp and 195 lb-ft of torque. Thanks to Bisimoto Engineering, the engine now pumps out 250hp. The racecar is designed specifically for time attack races at night racing circuits. The car, dubbed “Yellowcake” because of its custom yellow paint scheme also features a Wurton roof-mounted LED light bar and custom ONEighty-branded headlights. 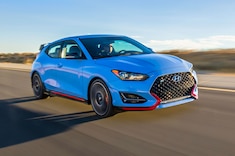 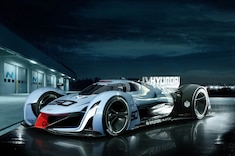 John's 2013 Hyundai Veloster isn't going to win any races or take home best of show, but it's a well-rounded street car and a good example of how you can tackle these cars. 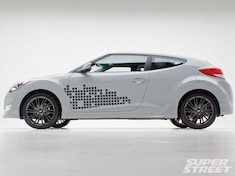 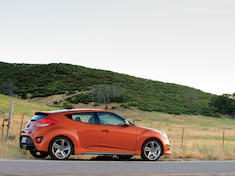 The new turbo iteration of the Veloster is here, and it’s pretty damn good. At first glance, you’ll be hard pressed to spot a visual difference between the turbo Veloster and the NA version. Click to read our First Drive of the 2013 Hyundai Veloster Turbo. - Modified Magazine 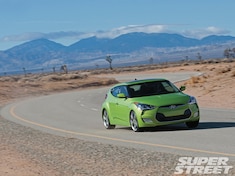 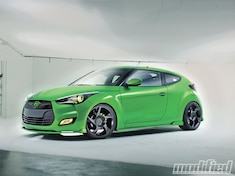 Check out the turbocharged 204hp Hyundai Veloster in this edition of Spinout. The Hyundai Veloster, known more for its ability to sip fuel to the tune of 40-mpg highway, will be boosted to legitimate hot-hatch status when a factory turbocharged version hits the road. - Modified Magazine