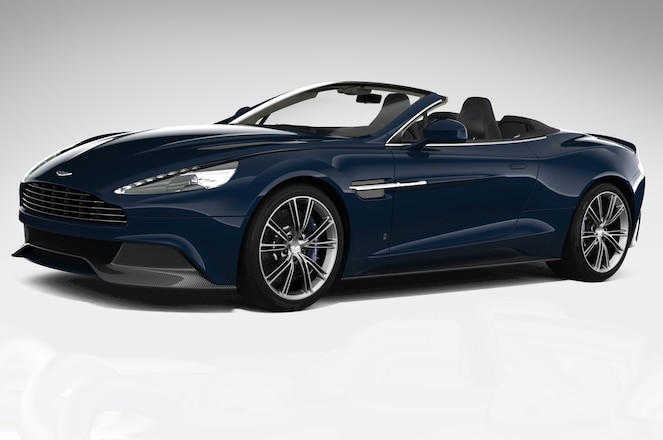 The 2014 Aston Martin Vanquish Volante, which was originally unveiled at the Pebble Beach Automotive Week earlier this year, is the first convertible in the Aston Martin line to feature a full carbon fiber body. If that’s not exclusive enough, a bespoke Neiman Marcus Edition priced at $344500 is set to debut at the upcoming 2013 Los Angeles Auto Show, with production limited to 10 models. 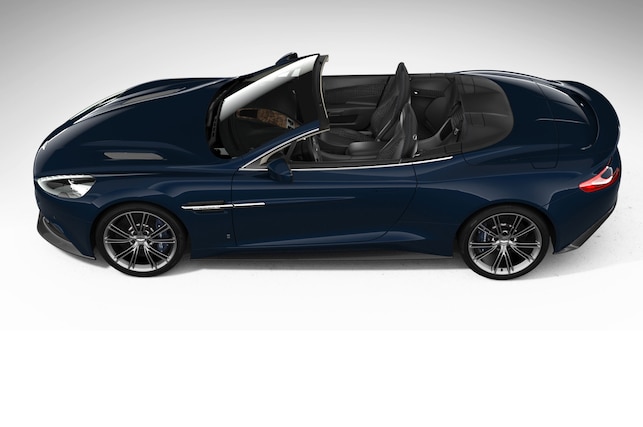 “Since first being shown as a coupe, the Vanquish has quickly established its Super GT credentials and a loyal following amongst sports car enthusiasts worldwide. We are therefore delighted to launch the new Vanquish Volante, and in particular this very limited edition here at the Los Angeles Auto Show in conjunction with our dealer partner Galpin Aston Martin.”

“Not only is this an opportunity for customers and enthusiasts to see a truly unique example of the Vanquish Volante but it also serves as a fitting demonstration in the degree of personalisation now possible via Q by Aston Martin.” 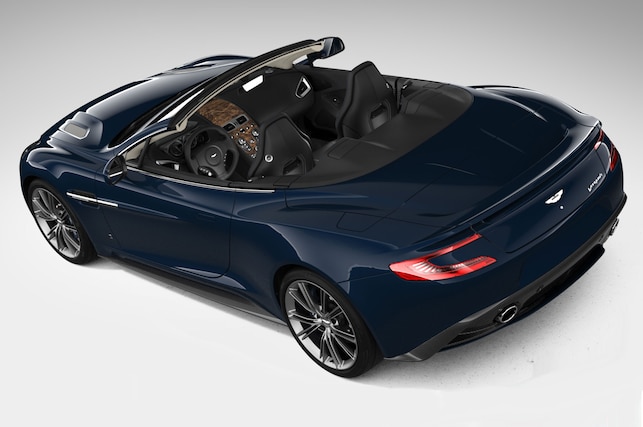 The Neiman Marcus Edition Vanquish Volante is inspired by the iconic 1969 DB6 Volante, which is owned by HRH Prince of Wale - the same car that Prince William and Kate Middleton drove off in after the Royal wedding. The car is also part of the 2013 Neiman Marcus Fantasy Christmas Catalogue.

In terms of performance, the bespoke Vanquish Volante retains the same 6.0L V12 engine capable of 565hp and 457 lb-ft of torque with a top speed of 183mph.

Let’s not forget that Aston Martin is celebrating its 100th Anniversary this year, which makes it the perfect time to release a bespoke model such as the Aston Martin Vanquish Volante. If you can’t get your hands on the limited edition model, the standard version is priced from $297995 in the US and will go on sale early next year.