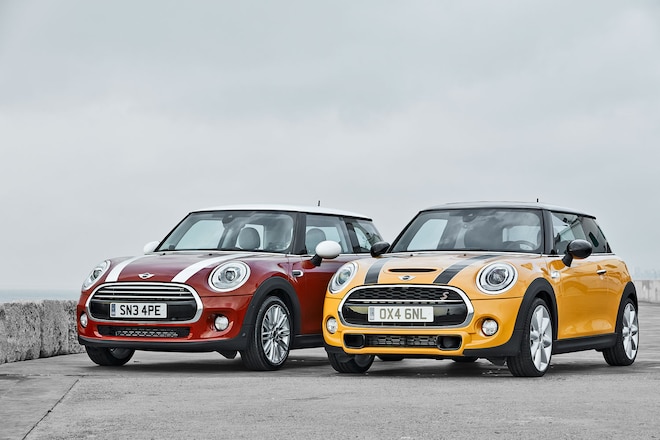 The all-new 2014 Mini Cooper Hardtop, which is set to hit showroom floors in March 2014, is not as compact as its predecessors – it’s bigger, more technologically advanced, and offers more powertrain options than before. 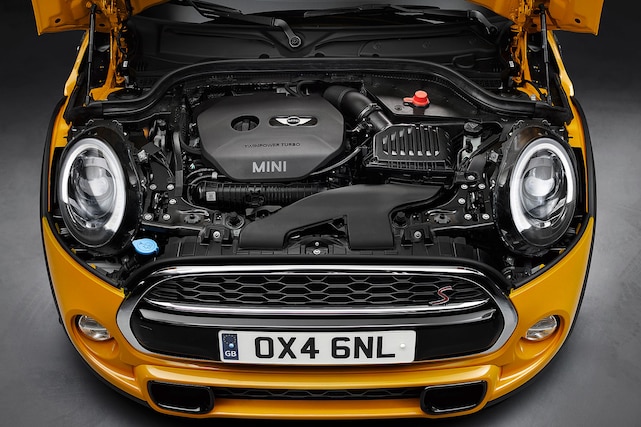 Under the hood, you’ll find a 1.5-liter turbocharged 3-cylinder petrol engine capable of producing 136hp, which enables acceleration from 0-60mph in a claimed 7.3sec with the six-speed automatic transmission. If you opt for the Mini Cooper S variant, you’ll get a 2.0-liter turbocharged 4-cylinder engine capable of producing 189hp between 4700-6000rpm and 207 lb-ft of torque at 1250rpm The S model reaches from 0-60mph in a claimed 6.4sec also using a six-speed automatic transmission.

Although the new 2014 Mini Cooper Hardtop retains its signature bulldog stance, the same can’t be said for its size. The new Hardtop is 4.5in longer, 1.7in wider and 0.3in taller than its predecessor. The wheelbase has been extended by 1.1in, with the front and rear track widened by 1.7in and 1.3in, respectively. The automaker claims that the new dimensions create a more comfortable ride without compromising agility.

The interior is not only roomier; it also features a new instrument cluster on the steering column. The speedometer, tachometer, and fuel level is all there, right in front of the driver. To start the car, a toggle-type start/stop button that lights up red is located in the middle of the center console, and can be pressed as long as the key is inside the vehicle.

An 8.8in screen is available for the central instrument, which gives the driver feedback for vehicle functions, infotainment and communication, navigation maps and route directions as well as the special graphics for MINI Connected Services. The display is supported by LED units that display six colors, depending current situation on the road and to specific operating steps. 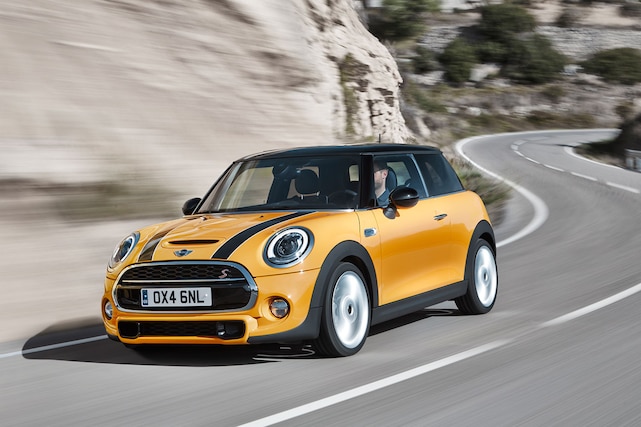 To increase driving appeal, the new Mini comes with Dynamic Damper Control designed to offer either a more comfort-oriented response or a direct, sporty response via the newly configured suspension and damping systems, which have been reduced in weight.

The new Mini is also more fuel-efficient than the Mini that came before it with the help of a new Green driving mode. Green mode reduces energy usage of electrically powered comfort functions such as air conditioning and exterior mirror heating. Additionally, the drivetrain is decoupled at speeds between 31mph and 99mph as soon as the driver removes their foot from the accelerator pedal, thus minimizing fuel consumption while coasting. A variety of options are available for the new Mini, allowing for personalization of the premium car. Options include a 2-zone automatic air conditioning system, seat heating for driver and front passenger, a panoramic glass roof, rain sensor and automatic light control, and the Harman Kardon hi-fi speaker system and a sports leather steering wheel, including optional multifunction buttons and cruise control.

Yes, the new 2014 Mini Cooper Hardtop is undeniably larger, which may upset the purists. However, with its roomy interior, increased fuel-efficiency, and improved handling, the new Mini may attract a new crowd – one that wishes to embrace the experience.