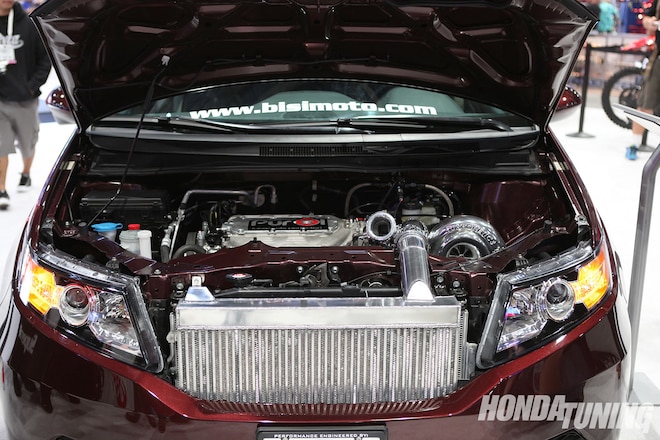 Just call Bisi Ezerioha "The Golden Child" from now on as his SEMA exploits over the past few years have been nothing short of incredible. Ever since his first stint under the Honda banner that resulted in a high horsepower turbo CR-Z, the automaker and the Southern California performance solution and tuning firm owner have been working together to wow showgoers at the yearly Las Vegas mega event. In fact, Bisi's work with Honda spread like wildfire during CR-Z unveiling and since then, he's also built a car for Hyundai as well as multiple Porsche's to display with NGK and others. 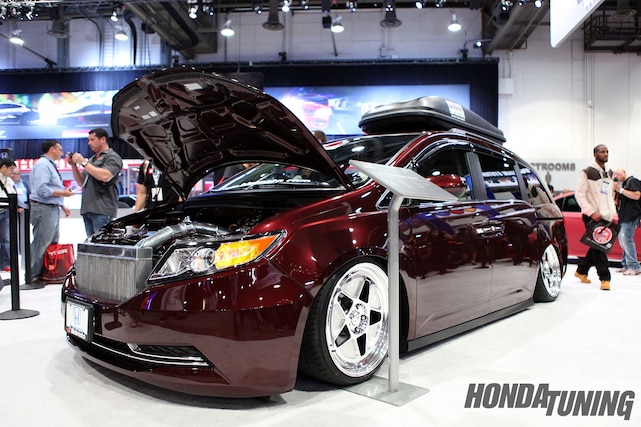 This year Honda's SEMA show sector didn't include a group of tuners to put their spin on the new '14 Si coupe, but that didn't stop the Honda/Bisi combo from still taking action with a 2014 Odyssey of all things. A van doesn't exactly scream performance and that's exactly why this build was so unique, especially in a show peppered with high-end supercars and incredibly well built muscle cars and hot rods.

Under the hood is a J35 (with 6-speed conversion) complete with Golden Eagle sleeves, Arias pistons, R&R custom steel rods, and ARP hardware. Up top lies a Portflow modified head and of course the real power adder, a pair of Turbonetics BTX7265 turbos and Deatschwerks 2,200c injectors. Vibrant Vanjen clamps secure everything while AEM's new Infinity management system calls the shots, thanks to a custom wiring harness built from scratch by Ryan Basseri of Rywire.com. Estimated horsepower numbers are North of 1,000hp.

The exterior is a bit of an anomaly as most would expect a more performance-related wheel choice, but in this case, Fifteen52 Wheels wrapped in Toyo T1 Sport tires sit at all four corners and tuck below the factory arches thanks to a custom air ride suspension set up.

Four separate trips to the Honda sector at this years SEMA resulted in witnessing a huge crowd around the Odyssey and plenty of chit-chat surrounding the build across the convention center. While it might not be the most practical application for the average end-user, its overall shock value brought foot traffic and added one more successful entry to the ever-growing Bisimoto resume. 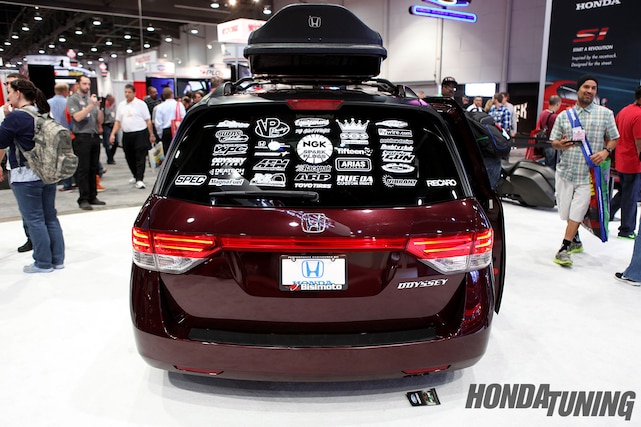 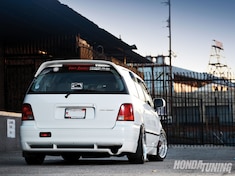 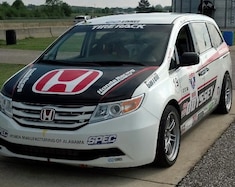 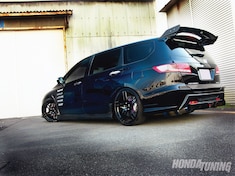 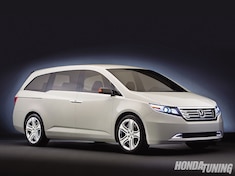 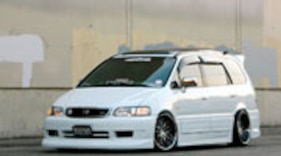