Volvo’s that look good and won’t kill you 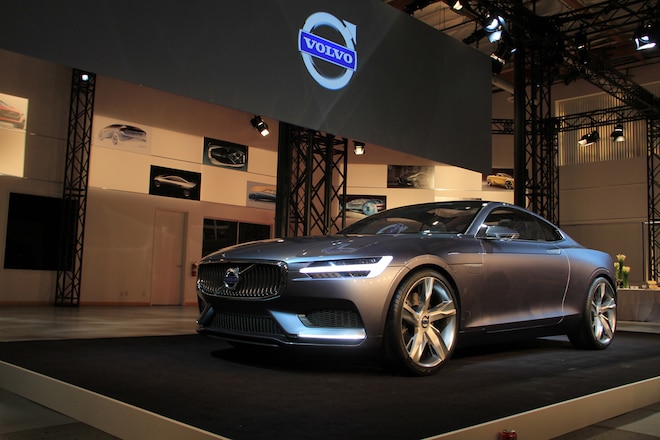 When a company as safe and trusted as Volvo makes a claim that there will be ZERO deaths or injuries in their new vehicles by 2020, the world had better listen. Luckily, Volvo is still opting for more sex appeal and not the bricks most of us are used to when Volvo says "safer cars." 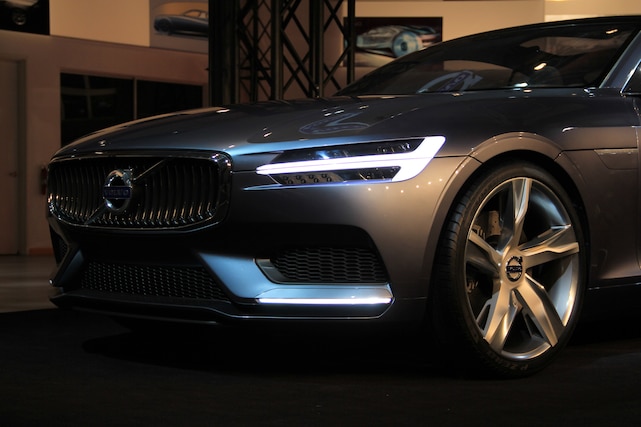 After a lunch with many pickled herrings and other various Swedish delicacies, we took to our seats to learn what Thomas Ingenlath, new design direction for Volvo, had in store for the world. Inspired by the core values of a Swedish design (Authority, Activity and Creativity), Thomas, previously from the VW camp, had a little less than two years to radically change and set into motion a new design venture for the relatively conservative European country.

Design wise, Volvo is sticking to its newly developed "T" designed daytime running lights and their floating grill insert. Which, according to Thomas, was a fluke subconscious design decision and was in no way inspired nor replicated after the P1800...errr, okay Thomas. A new DLO (day light opening, aka side window shape) graphic will also find its way into the new DNA of Volvo products down the line. 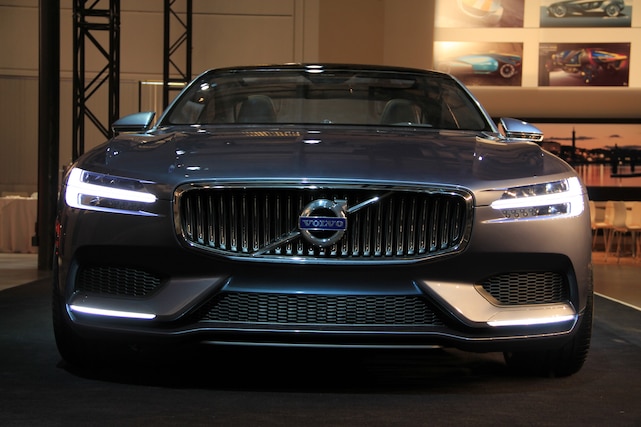 Currently, Volvo offers eight engine different engine choices, from internally produced motors to supplier sourced. Since Volvo has been see-sawing on the brink of irrelevance, the company has decided to clean shop and establish a new foundation. Soon the all the I-5 and V8 motors will be a thing of the past.

Instead, Volvo is opting for four cylinders in both gasoline and diesel. Each motor will offer several turbo options--twin-turbo for the high-end diesel and a twin-scroll supercharger that also includes a turbo option for the high-end gasoline motor (yes a real group-B rally kind of set up that is rated at 300HP). 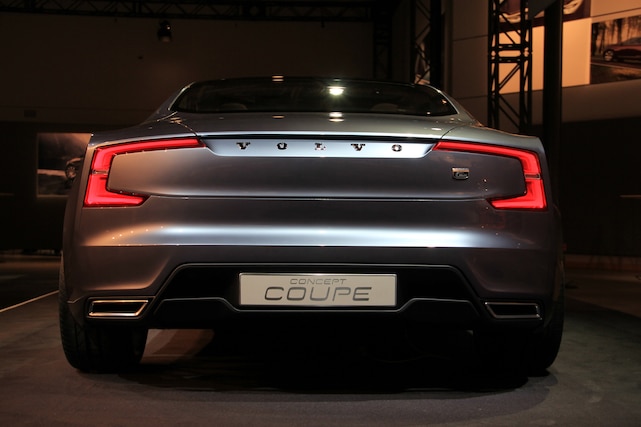 While many would rather see Polestar's new STCC V8 under the hood, odds are the S/C+Turbo motor will make its way underneath the bonnet. Production hopes are still high for the coupe, and while attending the presentation, many global media outlets were begging Volvo to take a more aggressive approach to marketing their new projection. "We've already lost one beloved Swedish brand, we're not looking forward to loosing another one that looks as promising as this," one journalist stated. 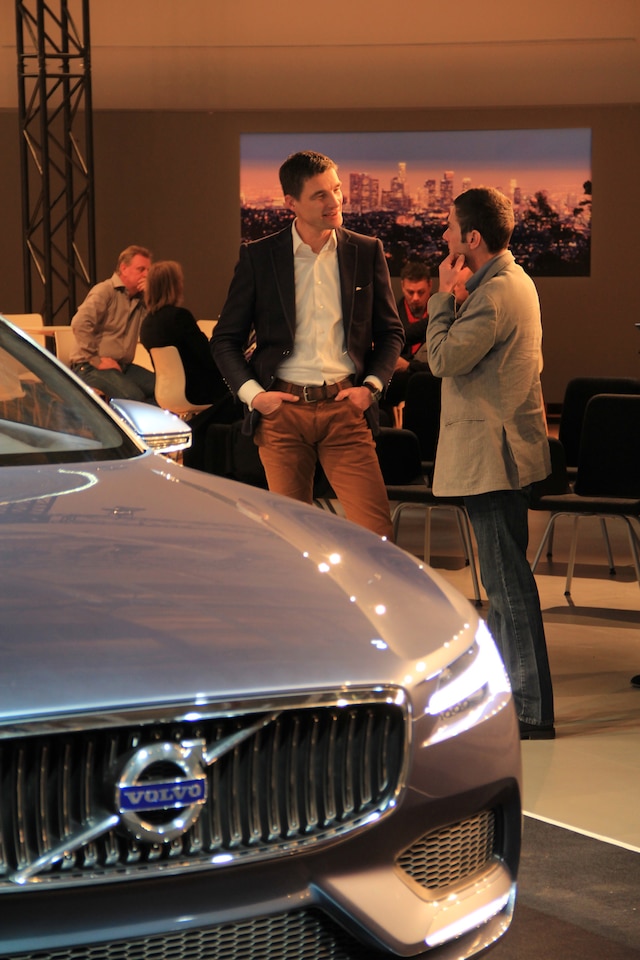 This XC Concept Coupe is aimed squarely at the rapidly growing compact crossover segment, primarily the Land Rover Evoque and the Porsche's Macan. But how will the new Activity Coupe fair against its competitors ample engine offerings? Very well we'd bet.

Although Volvo's new four-cylinder diesel motors aren't slated to putter about the US, the entire line up of petrol versions will starting 2015. Volvo is going "all-in" when it comes to their new S.P.A (Scaleable Product Architecture) platform construction. The new platform system ensures the motor will be mounted the same way in each vehicle. This allows designers and engineers to focus on the human experience with the vehicle. You want a longer wheelbase? You got it. Looking to create more AWD options? Not a problem! S.P.A. will be a competitive edge for Volvo in a world where globalized modular platforms is the way of the future (err...survival). 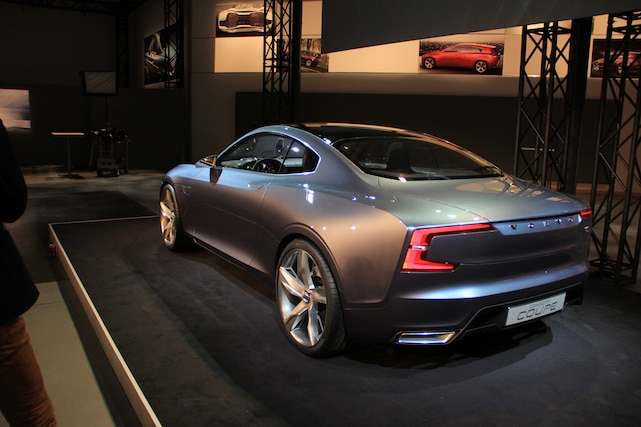 According to Thomas and other high ranking Volvo Executives their commitment to ZERO deaths and injuries in a new Volvo by 2020 hinges largely impart to platform development and their investment in autonomous vehicles. Right now in Gothenburg, Sweden Volvo has let loose its prototype autonomous vehicle-an S60 to be exact. The mission; by 2017 to lease 100 vehicles to a select group of "pilots" in and round the city. Could we see fully autonomous vehicles by 2020? We will have to wait and see.

For now, Volvo's future is promising. Fully autonomous vehicles, new crossovers and an exciting design language, what's there not to like? The only thing that can hold the Swedes back is themselves at this point. 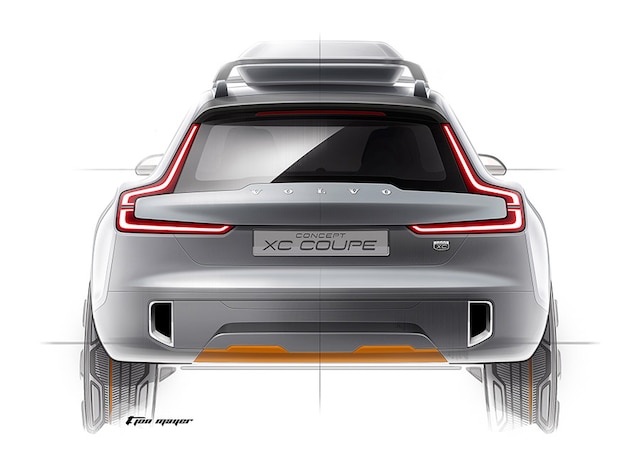 The Swedish are not known for self-promotion, in fact, many new Volvo customers discovered the brand through their own research. Only after taking a test drive and conducting their own comparison tests soon find themselves lifetime customers (much like SAAB owners did).

We only hope that they get the message and today's market isn't looking for a quite replacement but a leader in disruption and innovation. God speed Volvo. 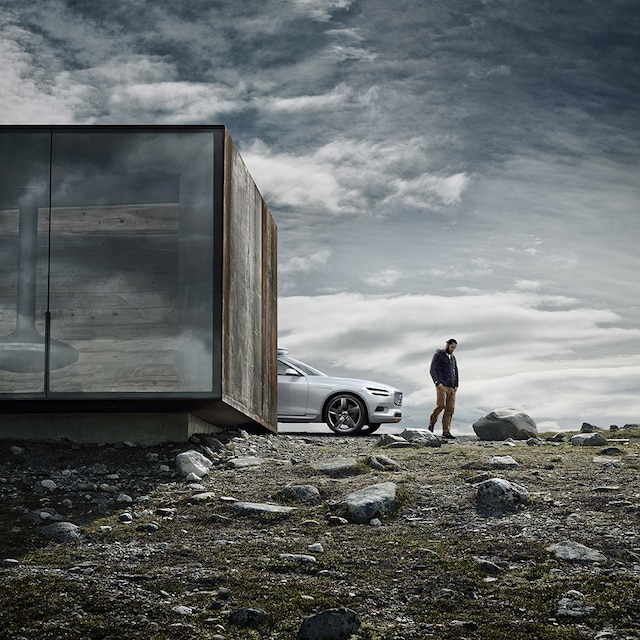