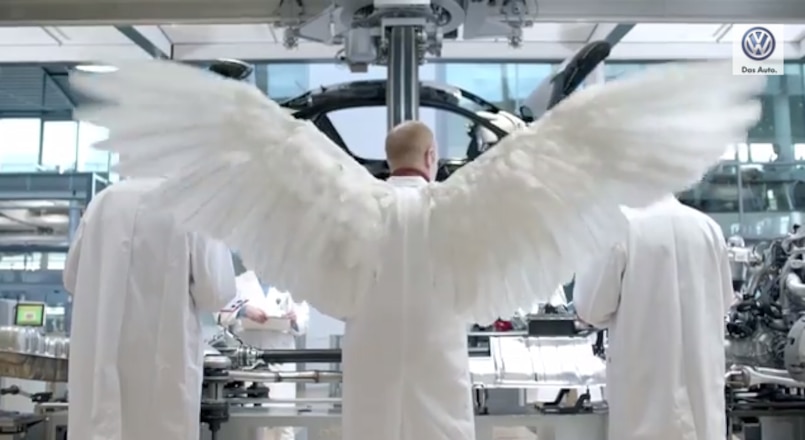 The Super Bowl is only days away and for some the game is all that matters. But for others the commercials are what bring people back year after year. Automakers are known for creating bizarre and some extremely clever commercials for the big game and its massive TV audience. This year, several automakers have created ads that will either leave you laughing, smiling, confused or just satisfied. Take an early preview of what's to play come Sunday.

Audi is known for some pretty clever commercials, but this may top them all. While the first part of the video may leave you scratching your head keep watching and you'll realize just how clever the automaker can be.

CarMax has shown us just how easy car buying can be with its "start here and follow to your nearest CarMax" commercials. While the commercial itself is slightly more in-depth than your average CarMax commercial, the surprise at the end is what will keep people talking.

This video stars comedian Rob Riggle. Riggle approaches a "Ford Man" as he calls him and explains his feelings on Ford Hybrid cars. Let's just say, according to Riggle, a Griffin and Hybrid Fords have much in common.

We've all heard those stories of parents being at the right place at the right time to help their kids. But this commercial takes that thought to a whole new level. While the dad in this commercial is there at every moment his son needs him, in the end it's the Hyundai Genesis that saves the day.

If you watch Big Bang Theory then you may understand the significance behind this video. While the commercial's aim is to showcase the Elantra, it also highlights the actor's unsuccessful attempt at flirting with a fellow Elantra driver.

Ever wonder about British accents? In this commercial Jaguar explains that British villains have one universal thing in common: they all drive Jaguars. The commercial stars actors Sir Ben Kingsley, Tom Hiddleston and Mark Strong.

When you think "luxury," Kia may not be the first thing that comes to mind, but in this commercial they do an elaborate job of trying to convince you otherwise. Actor Laurence Fishburne stars in the commercial as his Morpheus role from "The Matrix."

What happens when a VW rolls over 100,000 miles? A German engineer sprouts wings of course. It seems that more than just Red Bull gives you wings.