Are we looking at the next Supra? 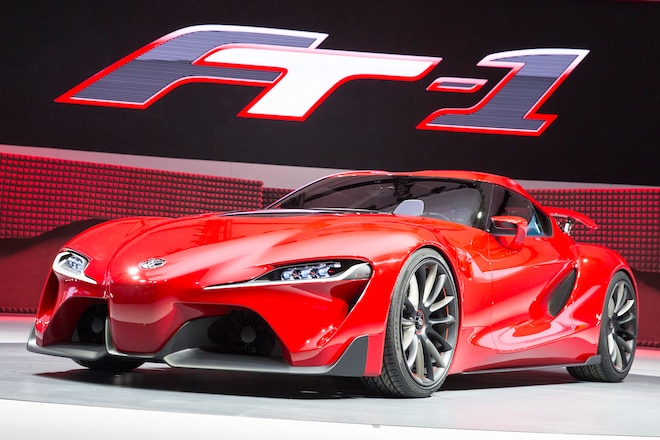 Eyes lit up and hearts melted as Toyota unveiled its FT-1 sports car concept today at the 2014 North American International Auto Show in Detroit, Mich. Of course, our first thoughts were, "OMG, is this the next Supra?!" and we're pretty sure we weren't the only ones to think that. While there's definitely some styling cues and hints from Toyota's last awesome sports coupe, the GT86 (Scion FR-S), this is something completely new -- and quite honestly, it seems leaps forward from what the Supra was. 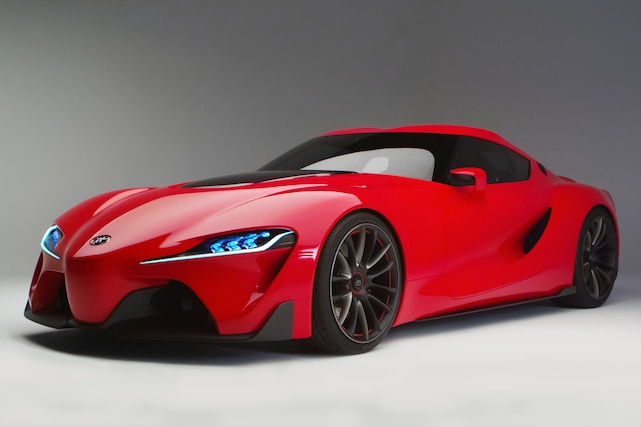 Crafted by Calty Design Research in California, Toyota's American design house, you can tell this concept is all about track performance. From the Formula One-inspired front-end to the muscular wheel arches, large air intakes, incredible aero and adjustable rear wing, the FT-1 is a purpose-built machine to dominate any road course. The racing inspiration continues to the cockpit where it's set towards the rear of the car helping improve weight distribution. The interior is all about helping the driver look ahead and focus on driving with the help of a heads-up display, F1-inspired steering wheel and a wraparound windscreen allowing more visibility than ever.

"Our team was heavily influenced by Toyota's sports car past, especially Celica and Supra, and we sought to capture some of that history," said Alex Shen, Calty's Studio Chief Designer, about the FT-1. "It is an aggressive, track-focused sports car concept with a presence that has been amplified for shock and awe."

Calty in turn was responding to Toyota's chief officer Akio Toyoda's stated directive to invigorate Toyota products with energy, passion and "Waku-Doki" (translation: a palpable heart-pounding sense of excitement). In preparation for pitching the concept to Toyota management, Calty worked with Polyphony Digital, creators of the popular Gran Turismo driving simulator, to bring FT-1 to life in a virtual world that captured the excitement, passion and performance conveyed by the concept model. (Like the next NSX, the FT-1 will remain a part of GT6's gaming experience).

But the trillion-dollar question is: what will be powering this beast? Under a tinted glass-windowed hood is a big fat mystery - V8? Twin-turbo? Hybrid? All we know is that it'll be a produced in a front-engine, rear-wheel drive configuration. The last Supra was offered with a 300-plus horsepower 2JZ-GTE twin-turbo straight-six, but of course we expect something more powerful and efficient to make this the Toyota best they've ever built.

With all that said, it's important to remember, this is only the beginning. FT-1 also stands for "Future One," and from the initial design and direction of this concept, you better believe Toyota's future is looking bright with its next sports coupe! 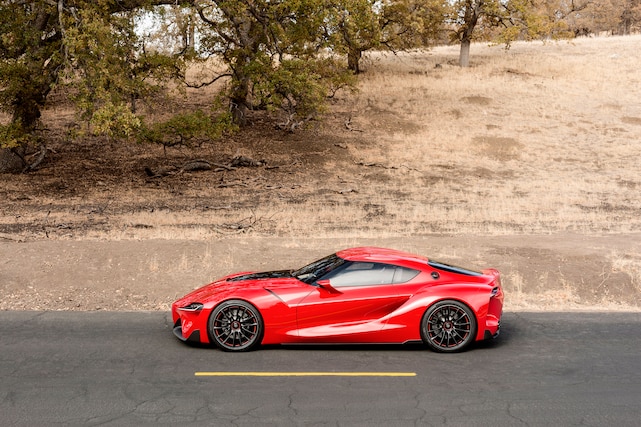 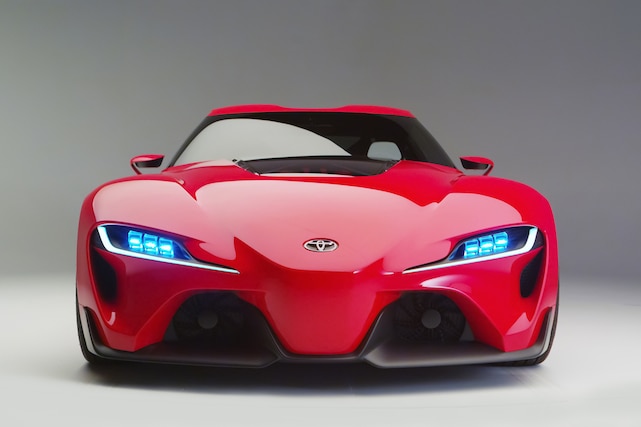 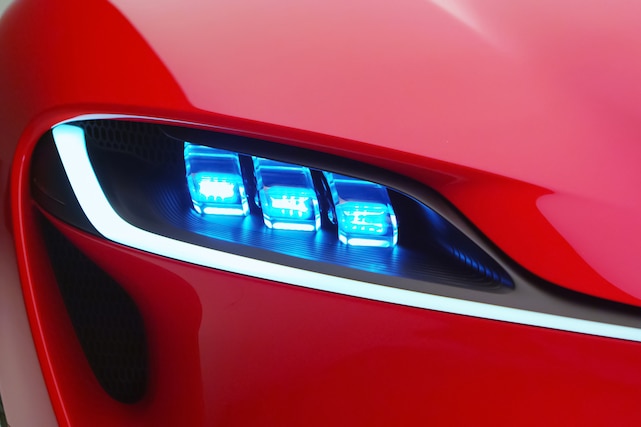 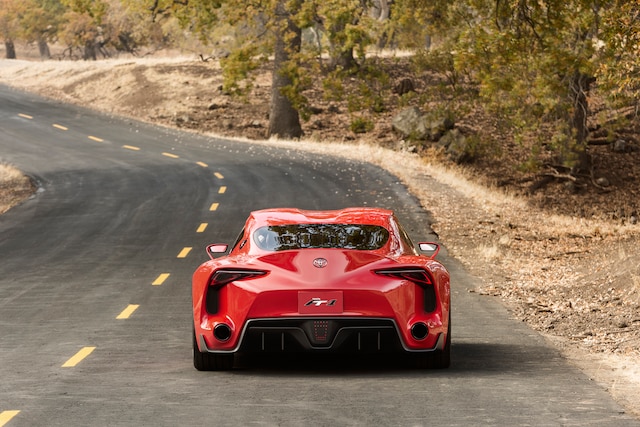 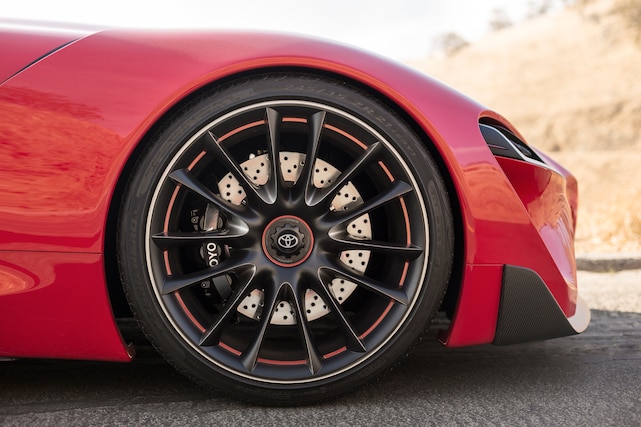 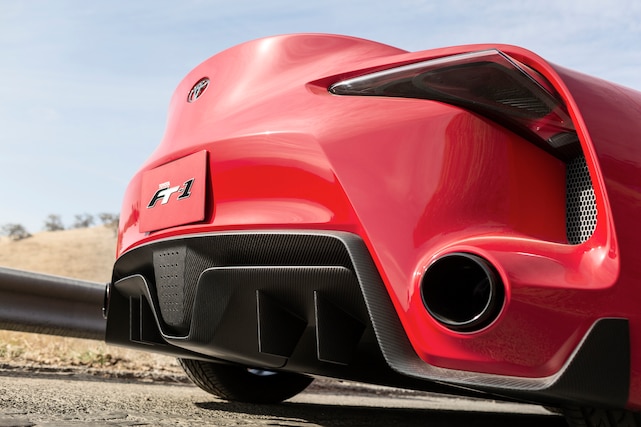