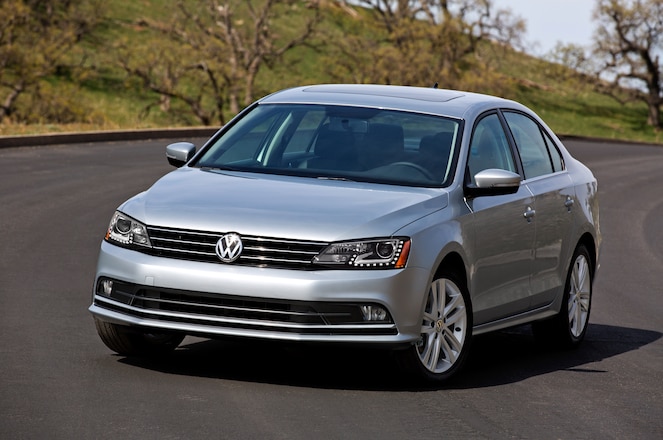 The current-generation Volkswagen Jetta gets lots of flak for cost-cutting gone wrong. Sure, it drives OK, but the Jetta's styling and quality inside and out had taken a step back compared to the generation before it. Wolfsburg hopes to undo that damage with the updated 2015 Volkswagen Jetta when it hits the New York auto show floor this week.

At first glance, it's pretty easy to mistake the 2015 Jetta for the old model, as the visual updates are subtle. The 2015 VW Jetta gets a tri-bar grille, visually linking the compact sedan to its big brother, the Passat. The lower front fascia is redesigned to match the Jetta's new grille and improve aerodynamics. Though the headlight housing remains unchanged, HID headlights with LED running lamps are now an available option on non-GLI and Hybrid models, visually classing up the exterior. Around back, the VW Jetta gets a few subtle enchantments as well. The 2015 Jetta gets a new trunk, taillights, and bumper, which visually link the Jetta with the new 2015 VW Golf. 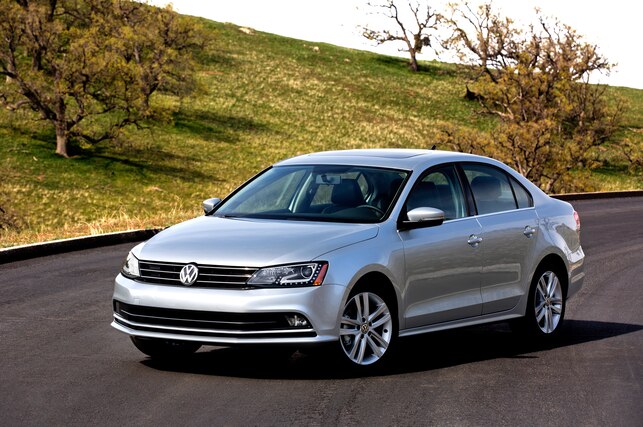 The underhood updates are minor as well. While the 115hp 2.0L I-4 and new-for-2014 170hp 1.8L turbocharged I-4 remain unchanged, a new diesel engine is available. Part of the new EA288 TDI family, the new 2.0L turbodiesel I-4 produces 150hp and 236 lb-ft of torque, which is 10 ponies more than the previous version. Torque, which the Jetta TDI always had plenty of, is unchanged. While the previous diesel didn't require any extra emissions control hardware, the new engine uses AdBlue DEF to improve fuel economy and reduce emissions. When equipped with a six-speed manual transmission, VW says the new 2015 Jetta TDI will net 32/45/37 mpg city/highway/combined on the EPA cycle. A comparatively equipped 2014 Jetta TDI nets 30/42/34 mpg, according to the EPA. The Jetta GLI and Jetta Hybrid remain unchanged in the powertrain department. 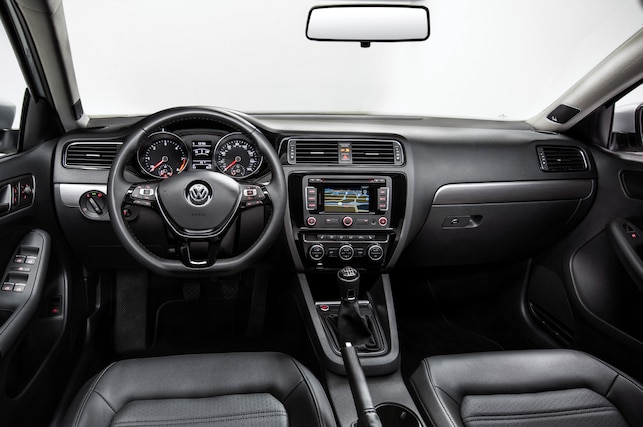 The most drastic changes to the 2015 Volkswagen Jetta are in the cabin. Most all 2015 Jettas will benefit from a redesigned center stack, new air conditioning controls, a new steering wheel, and higher-quality trim pieces. A color multifunction display mounted between the updated speedo and tach is also available on mid- and high-level Jetta trims. Volkswagen's latest active safety suite is also available on the new Jetta. Among the new safety features are Blind Spot Detection, Rear Cross-Traffic Alert, and Frontal Collision Warning.

The 2015 Volkswagen Jetta drops at the New York International Auto Show this week, and can be expected in dealer showrooms by the third quarter of this year. 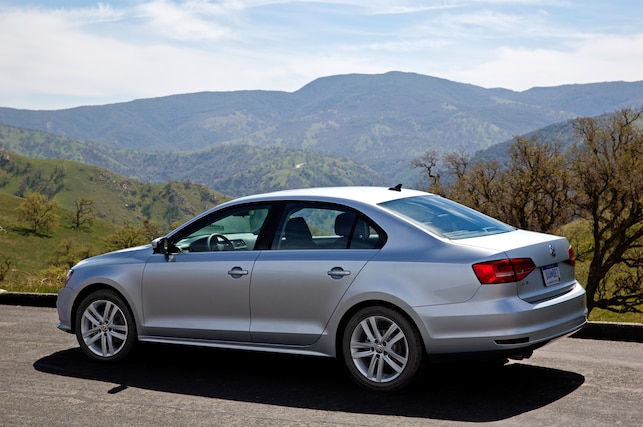