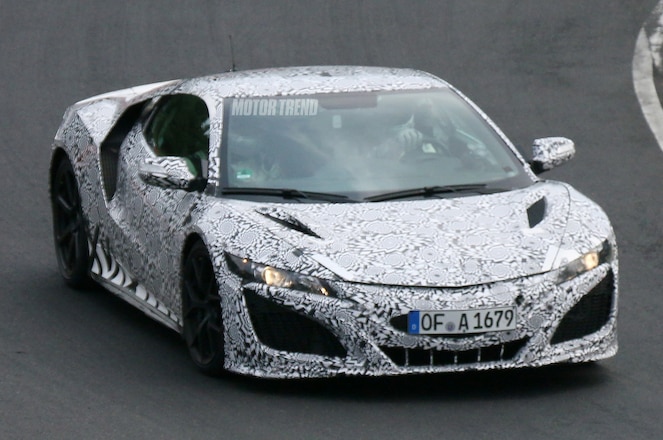 Carrying on a legacy can be a huge burden, but it’s a burden Honda's engineers are willing to bear when it comes to development of the new Acura NSX. The successor to the car many consider to be among the greatest sports cars ever built has a lot riding on it, and we've heard a couple stories that suggest that it might just deliver. 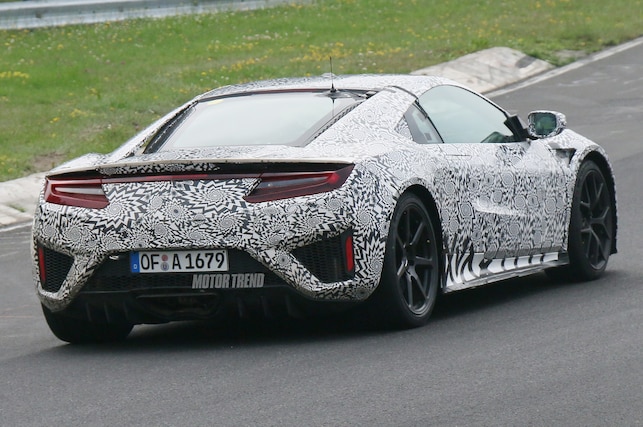 An insider confirmed what we had heard before: that the new NSX was originally supposed to use the naturally aspirated 3.5-liter V-6 from the RLX, mounted in a transverse configuration like the first-gen model. But because the performance just wasn't there with only 310 hp from the engine and another 75 hp from the electric motors, Honda engineers made the expensive decision to develop a clean-sheet powertrain. The NSX will use an all-new twin-turbo V-6 mounted longitudinally and mated to a new transmission, and will be supplemented by three electric motors. There's no word on displacement for the engine or total output, but we've previously heard a combined 560 hp is possible. Our informant also told us that Honda's decision to go with a clean-sheet twin-turbo V-6 was not prompted by its return to Formula 1. 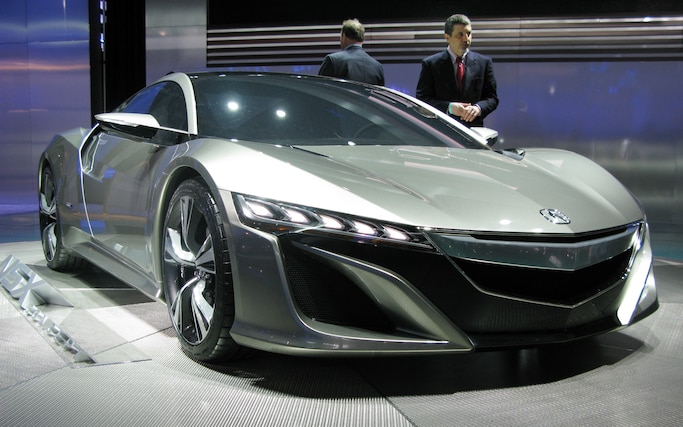 During development, Honda R&D used two Ferrari 458 coupes for benchmarking purposes. One was torn apart to gather manufacturing intel, while the other continues to be flogged in testing. Engineers loved the 458 at first, but they've since shifted their attention to the McLaren 12C. The Porsche 911 GT3 was also benchmarked for its performance and reliability, while front-engine performance cars like the Nissan GT-R and C6 Corvette Z06 were considered benchmarks early on, but then dropped soon after.

We last saw an NSX prototype (pictured above) testing at the Nürburgring, and the bodywork very much resembled the concept that bowed in Detroit two years ago. That is, before the test mule was unfortunately engulfed in flames. A production NSX is due in mid-2015, and from the sound of things, we can't wait to see what it can do. 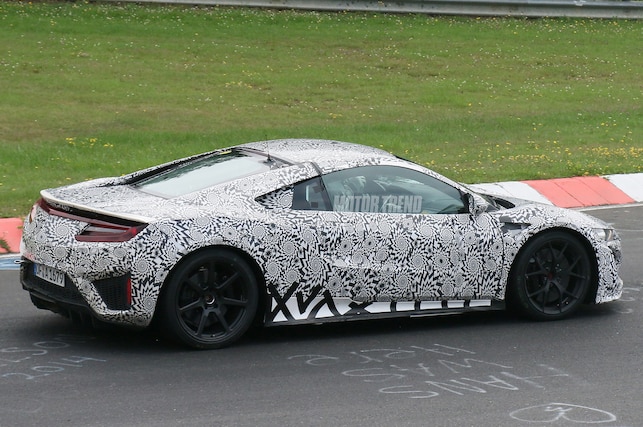 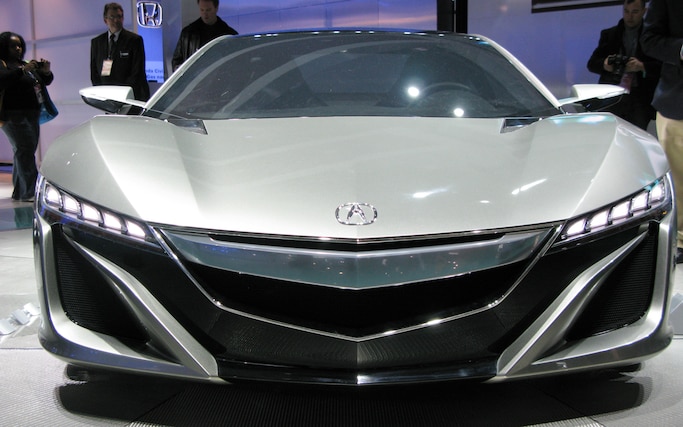