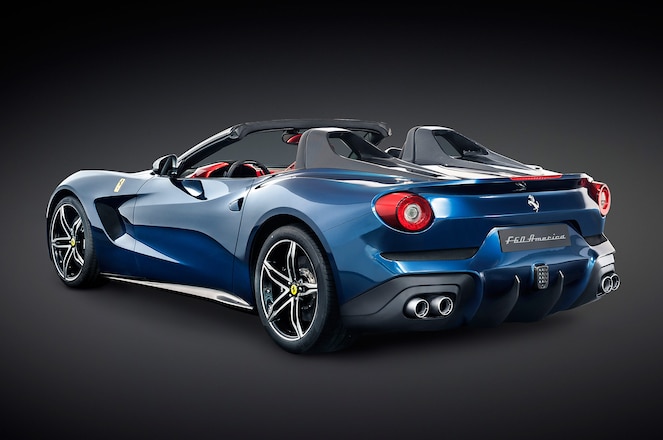 This year marks the 60th anniversary of Ferrari sales in the U.S. market, and the Italian company is celebrating with a special-edition version of its F12 Berlinetta sports car. Called the Ferrari F60 America, the new model is limited to just ten copies -- all of which have already been purchased by established Ferrari collectors. 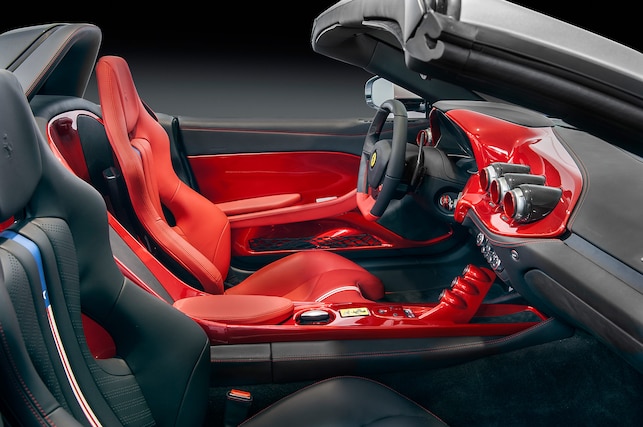 The Ferrari F60 America is a convertible version of the F12 Berlinetta, with a powered fabric roof that can be opened and closed at speeds up to 75 mph. Behind the seats, a pair of roll hoops lead into dramatic carbon fiber-trimmed buttresses that extend onto the car's decklid. The interior has been finished in an unusual two-tone appearance, with red slathering the driver's seat and much of the driver's-side trim, while the other half of the cabin features black upholstery and trim. Both bucket seats tout an American flag graphic on the backrest. 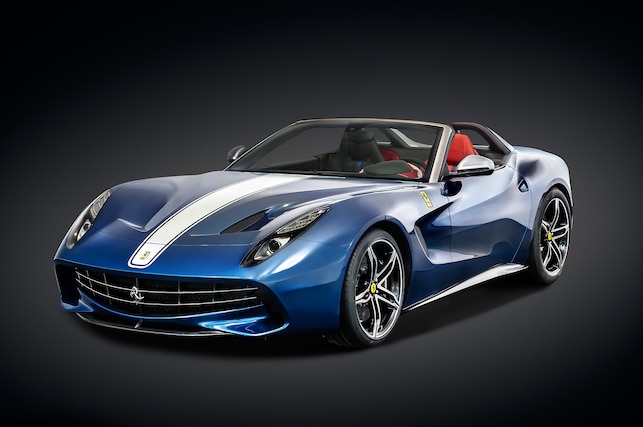 The Ferrari F60 America is mechanically mostly unchanged from a standard F12 Berlinetta, meaning a 6.3-liter direct-injection V-12 engine provides 731 hp, enough to rocket the F60America to 62 mph in a claimed 3.1 seconds.

The introduction of the Ferrari F60 America, as well as the company's U.S.-market 60th anniversary celebrations, come as chairman Luca di Montezemolo steps down after nearly 23 years as head of Ferrari. Although no price for the limited-run car has been publicly disclosed, earlier reports suggested the car would cost close to $3.2 million.