From Fuel Sipping To Asphalt Ripping 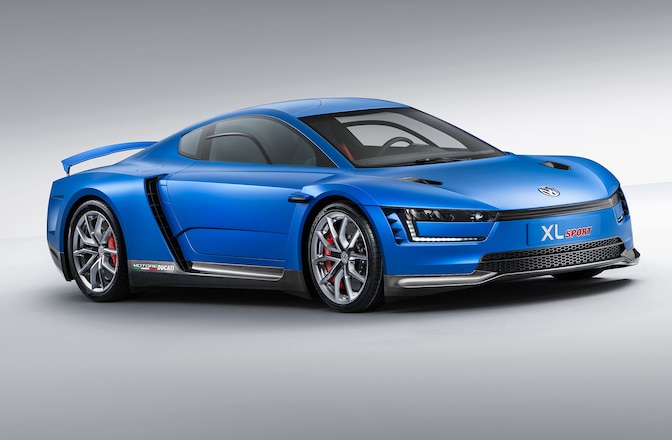 The Volkswagen XL1 has been described as the Bugatti Veyron of hyper-efficient vehicles. Wolfsburg threw all the technology it could at the super-hybrid, which returns 283 miles pre gallon of diesel. Just 250 examples of the XL1 will be built and most thought that would have been the end of the experiment. Volkswagen, with the help of group member Ducati, may have different plans. Released in conjunction with the Paris Autoshow is the sports car version you see here. 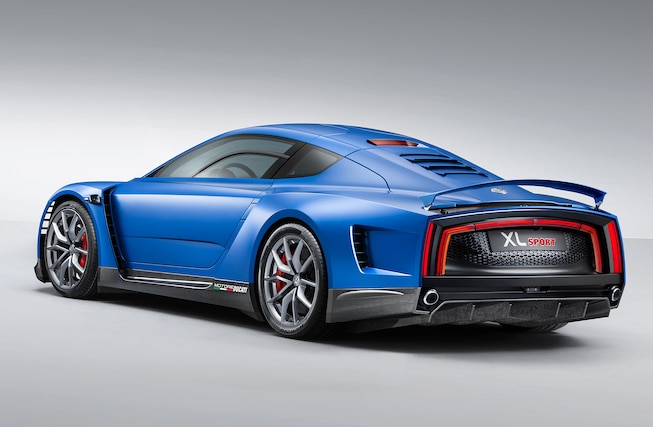 Dubbed the XL Sport, the 1962 lb composite and high-strength steel wonder is powered by the 197 horsepower V-twin found in the Ducati 1199 Superleggera. VW claims a top speed of 168 mph, thanks in part to the best aerodynamics of any sports car on the road. Surprisingly, even with the shocking power to weight ratio, 0-60 mph is a claimed 5.7 seconds.

While the body is similar to the XL1, the XL Sport requires a completely different aero-package. More airflow through the car is required for powertrain cooling and the engineers demanded more downforce to match the performance potential of the rest of the car. The body and monocoque are built from carbon reinforced plastic CFRP, while high-strength steel subframes are used at both ends for suspension and powertrain.

Like the XL1, the XL Sport uses dual control arm suspension front and rear with pull rod actuated dampers in front and pushrod at the rear. Unlike the XL1 which rides motorscooter sized on 115/8-15 front and 145/55-16 inch tires rear, this performance version gets a 205/40-18 up front and a 265/36-18 in back. The drastically staggered set-up is a good indication of the heavy rear weight bias.

That weight is the combination of the V-twin mated to a 7-speed DSG transmission. Ducati has managed to squeeze the most power out of any current production two-cylinder with the use of cutting edge tech. Desmodromic valves sit in each DOHC cylinder head, which are fed by two fuel-injectors per cylinder. Those cylinders are separated by a 90-degree angle and the pistons are mated to the crank with titanium connecting rods. All of this adds up to an engine that likes to rev, but the real icing on the 11,000 RPM cake is the almost unheard of oversquareness of the bore and stroke. The pistons are 112 mm across, 10mm bigger than a 3.8-liter 911 while the Ducati's stroke is 60.8 mm or 6.7 mm less than the Porsche's. 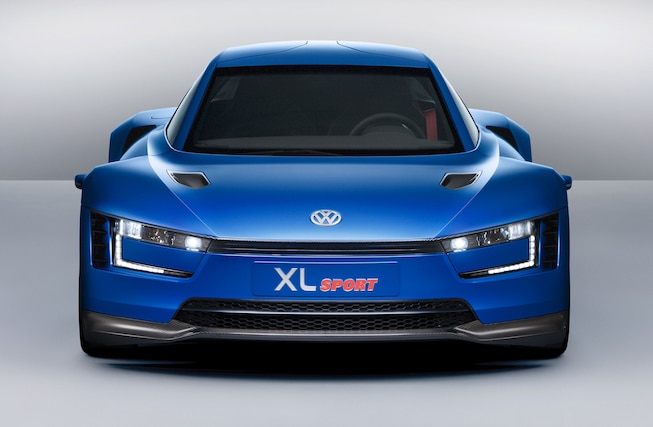 All nerdery aside, the body of the XL Sport Concept is stunning. At 168.9-inches long, it's almost 16-inch longer than the XL1, while also being 7-inches wider and the same height. The wheelbase is also up nearly 8-inches, which will hopefully make it just slightly more usable inside. Right now, this is merely a concept, but so was the XL1 - at first. Even if these do get produced, don't hold your breath to ever see one in a North American dealership. The good news however is that VW is thinking sports car again. While we may not get a sub-ton car anytime soon, this technology will likely make its way into our showrooms in way or another. Who doesn't want to see a lighter GTI or a Golf R that revs to 9000 RPM in the future? 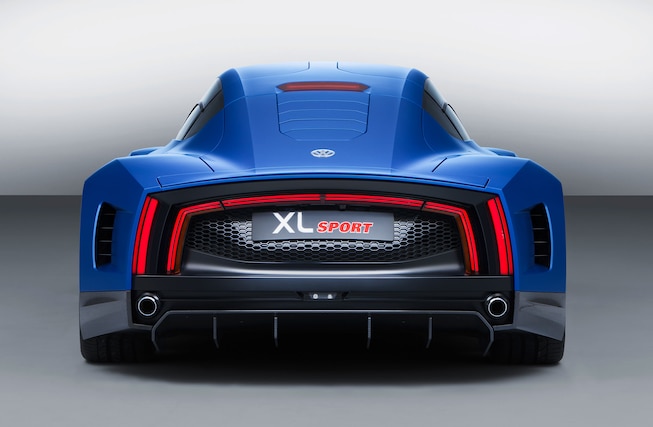