Genesis, Sonata get the tuner treatment from JP, ARK Performance, Bisimoto and others 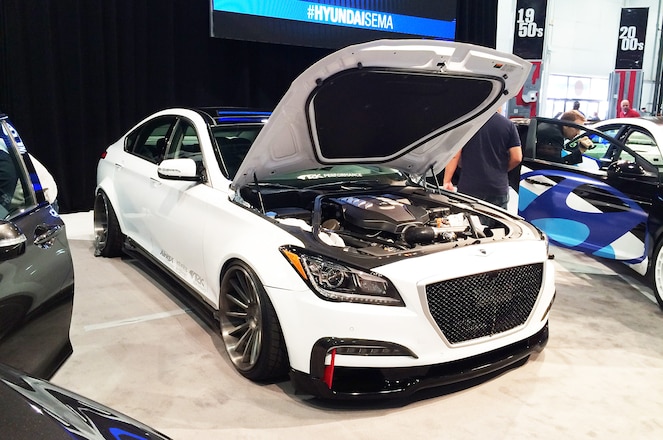 Our 2014 SEMA Show got underway on Tuesday, Nov. 4, with the morning press conference conducted by Hyundai in the Central Hall of the Las Vegas Convention Center. The unveilings, which the Korean OEM has done now like clockwork for the past handful of years, are usually good for a couple of decent builds, but this year we had some pretty high expectations given the roster of builders tackling projects - the likes of Bisi Ezerioha, ARK Performance, John Toca, and John Pangilinan. 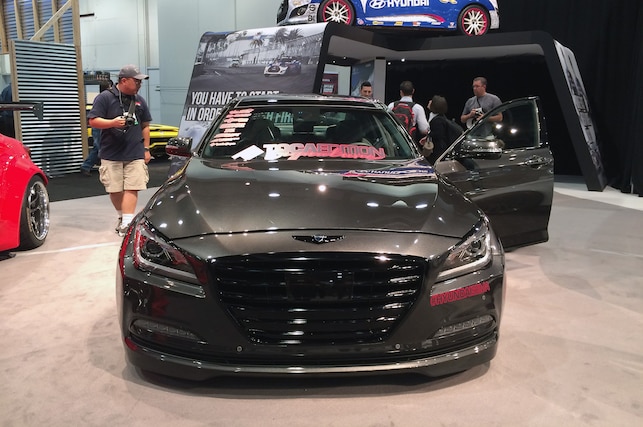 Pangilinan and Ezerioha were both given 2015 Sonata mid-size sedans, and each went a totally different direction. The JP Edition version is about subtlety and refinement, flossing a custom wide-body and lip kit by LTMW, Gram Lights 57Getter at the corners, and custom vinyl art by Mr. 44 all around the exterior of the vehicle. Bisimoto meanwhile brought out the big guns, as he's known to do, milking in excess of 700 horsepower from the Turbonetics turbocharged 2.4-liter "Theta-II" 4-cylinder engine under the hood of his Sonata.

Both ARK and Toca got their hands on Genesis sedans, and each took a stab at raising the Genesis' performance and luxury benchmarks. ARK went wide with its car to accommodate larger rims, pimped out the interior like a private jet, and equipped the car's V8 with a blower. Toca for his part went twin-turbo, threw the Genesis on an AirRex air ride setup, and mounted 21-inch COR three-piece wheels to each hub. 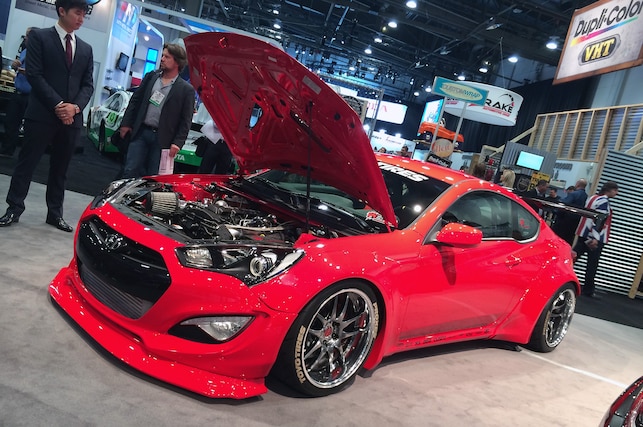 A Genesis Coupe built by Blood Type Racing was the fifth car to be revealed, and truth be told we hadn't heard too much about the shop previously, but now we're paying attention. How can you not with that Rocket Bunny kit and Precision turbo poking out from the engine bay? As you might expect, the motor has been rebuilt from the ground up, now sending out 800 horsepower to the rears, while the wide-body is the only one of its kind (for now). Peep the gallery to see how our 2014 SEMA Show got rolling. 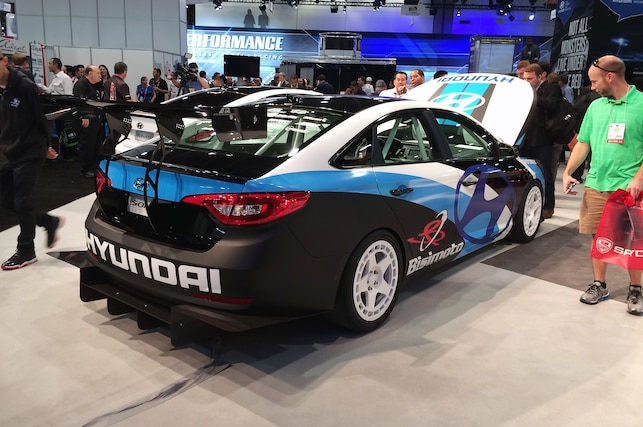 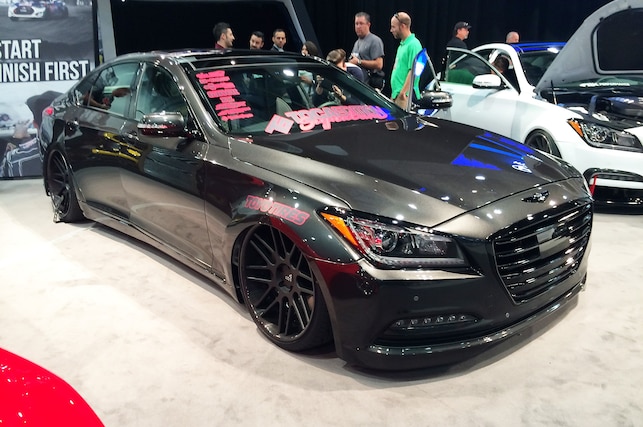 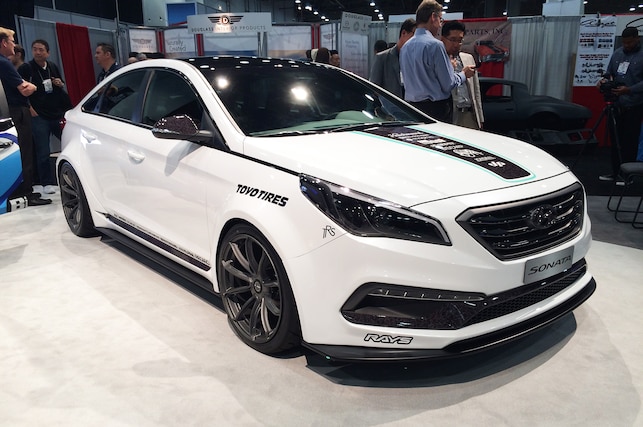