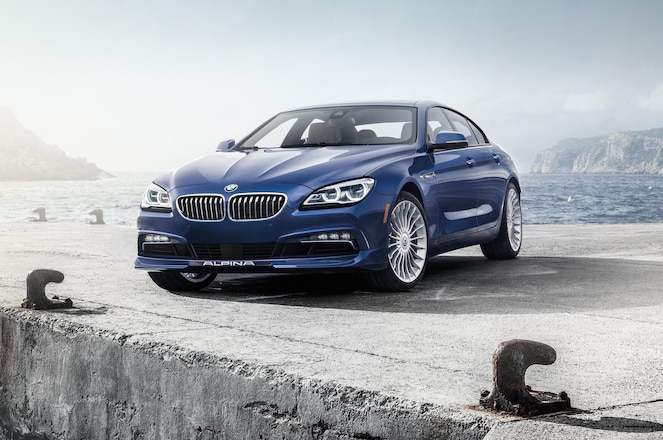 The BMW Alpina B6 xDrive Gran Coupe returns for the 2016 model year with a few visual changes and a lot more power.

Under the hood lies a familiar 4.4-liter twin-turbo V-8, but this year, it produces 60 more ponies for a total of 600 hp and 50 more lb-ft of torque for a total of 590 lb-ft. To achieve the additional power, BMW upgraded the fuel supply system and reworked the air intake ducting and air filter housing. These improvements help the all-wheel-drive car shed 0.1 second from last year's time, according to BMW, which now estimates 0-60 mph in 3.6 seconds. Top speed has been limited to 200 mph. 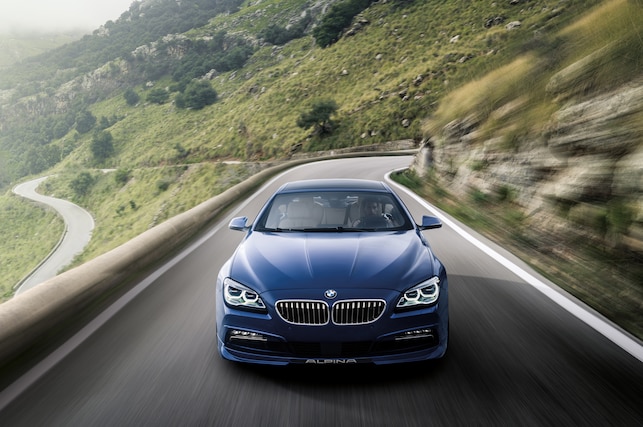 All these modifications make the 2016 model the fastest Alpina ever made, but not all of the car's changes occur under the sheetmetal. The Alpina also comes with new standard features, including full LED adaptive headlights with High Beam Assistant and a B6 badge on the B-pillar in high-gloss Shadow Line. Blue brake calipers with Alpina lettering are now featured on the front axle, while the rear gets larger rear brake discs compared to the previous model.

Based on the 6 Series Gran Coupe, the Alpina B6 gets many of the same design cues. For 2016, the Alpina features a more aggressive front spoiler and small changes to the kidney grille and hood. This design helps improve air flow to the cooling system, and an integrated splitter directs air over the vehicle to stabilize the car's front end at high speeds. 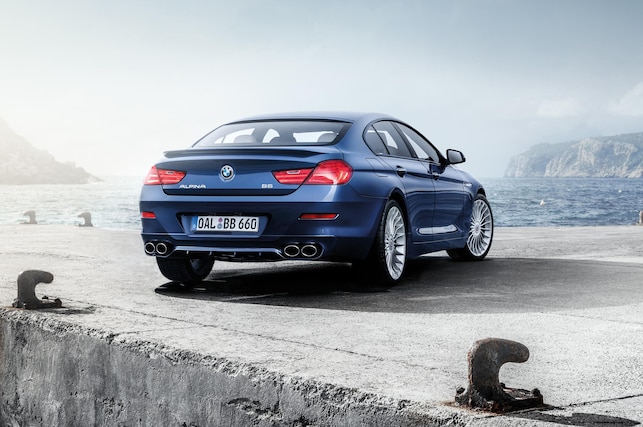 Just like last year, the Alpina B6 carries on with a ZF-developed eight-speed automatic transmission as well as many of the same interior materials. Nappa leather and a leather instrument panel continue on as standard equipment, as does a hand-stitched steering wheel.

Pricing has not yet been announced, but last year's model went for $118,225. Customers can order their B6 Alpina starting next month, and deliveries to the U.S. begin in June.