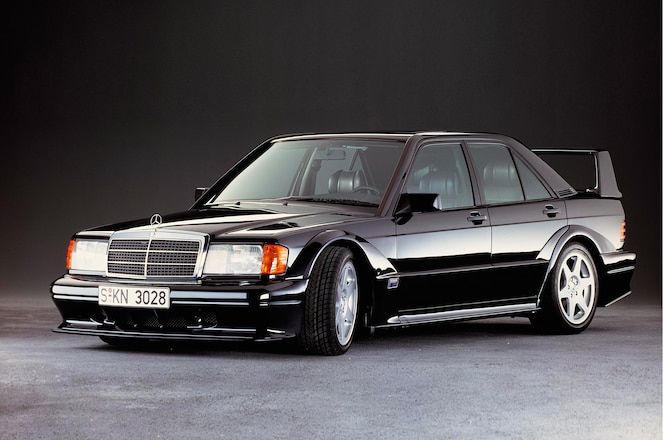 This year marks big anniversaries for two Mercedes-Benz models and to celebrate, the automaker mined its archives for some big-time photographic eye candy of both cars. The first model is the 1955 Mercedes-Benz 190 SL roadster and the second is the unmistakable 190 E 2.5 16 Evolution II.

The 190 SL first went into production 60 years ago as the top-down and more accessible sibling to the 300 SL Gullwing. Unlike the Gullwing, which boasted an advanced space frame and strong 3.0-liter inline-six, the 190 SL started life with the 180 sedan’s chassis and was powered by a 105-hp 1.9-liter I-4. The 190 SL shared the Gullwing’s exotic curves and lines, but was more practical thanks to conventional doors and more trunk space. Mercedes states that 25,881 190 SL roadsters were produced from 1955 to 1963, with 40 percent of those cars sold in the U.S. 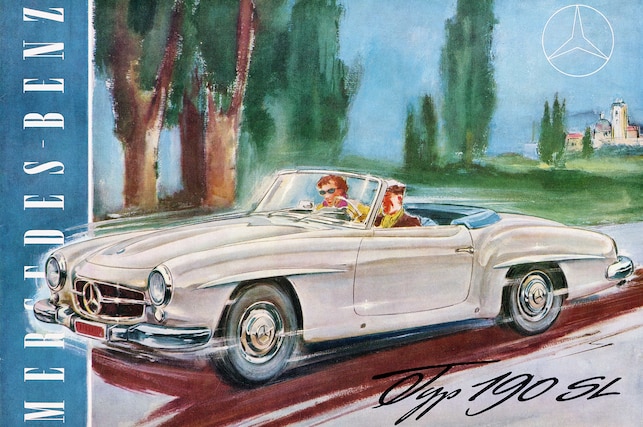 It’s been 25 years since Mercedes first rolled out the 190 E 2.5-16 Evolution II. As its name implies, the Evo II was an evolution of the original German DTM homologation special, the 190 E 2.3-16. Churning out 232 hp from its 2.5-liter I-4 that was co-developed by Cosworth, the Evo II was Benz’s final weapon in its legendary battle against the original BMW M3. 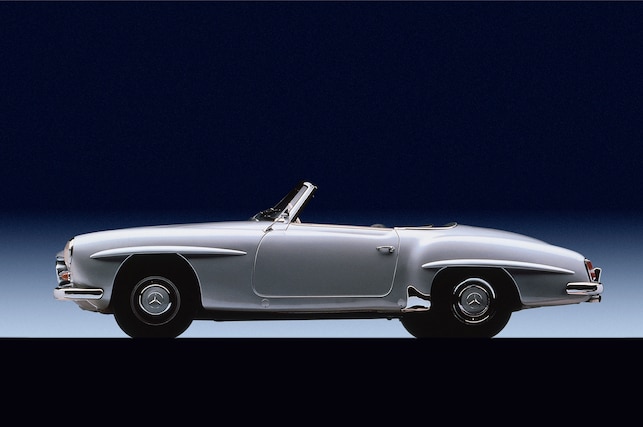 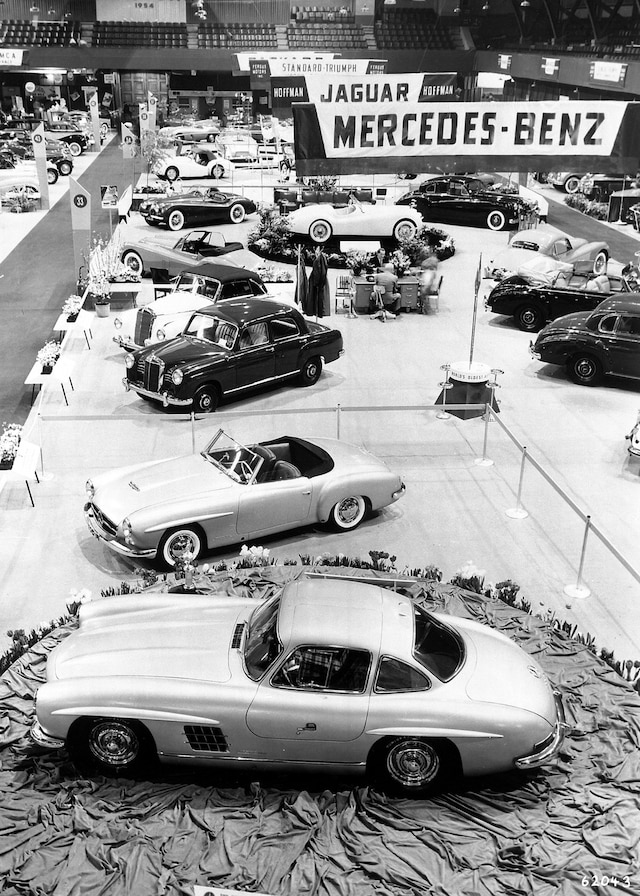