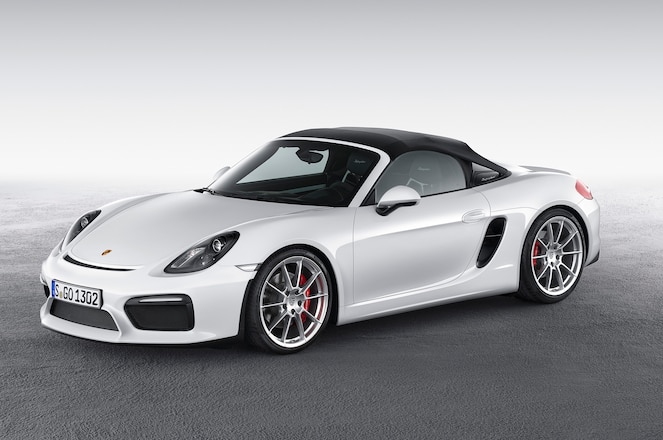 Making its debut at the 2015 New York auto show is the Porsche Boxster Spyder, a new model that the automaker confirmed earlier this month in its financial report of 2014. 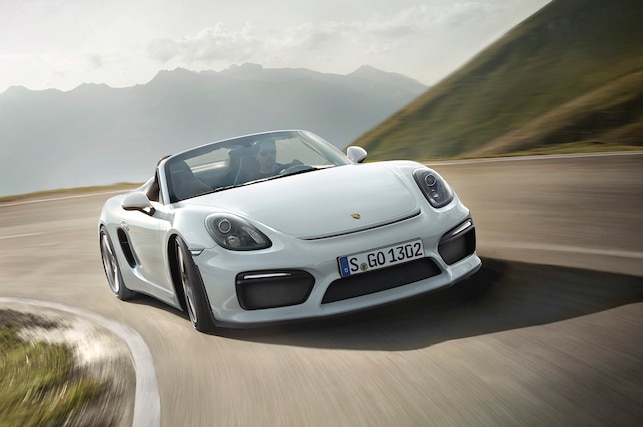 Interestingly enough, Porsche estimates the Boxster Spyder will go from 0-60 mph in 3.8 seconds, compared to 4.2 seconds for the more powerful Cayman GT4. Top speed is set at 180 mph.

Price has been set at $83,095 including a $995 destination fee, which makes it $2500 less than a Cayman GT4 and $7500 more than a Boxster GTS equipped with a six-speed manual transmission. With the introduction of the Boxster Spyder, the Boxster can now be had in four different variants. The Cayman GT4 is already available in showrooms, so look for the Boxster Spyder to arrive toward the end of the year. 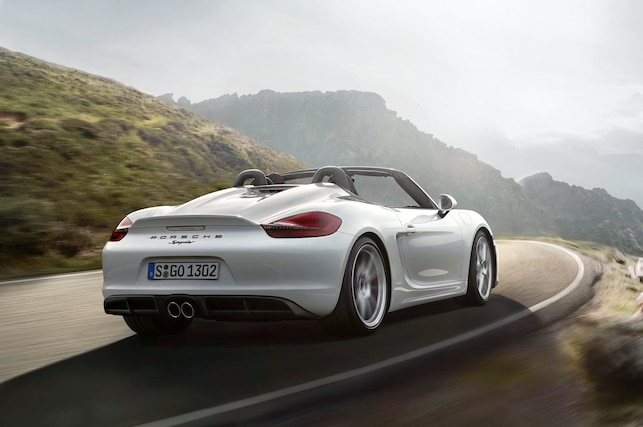 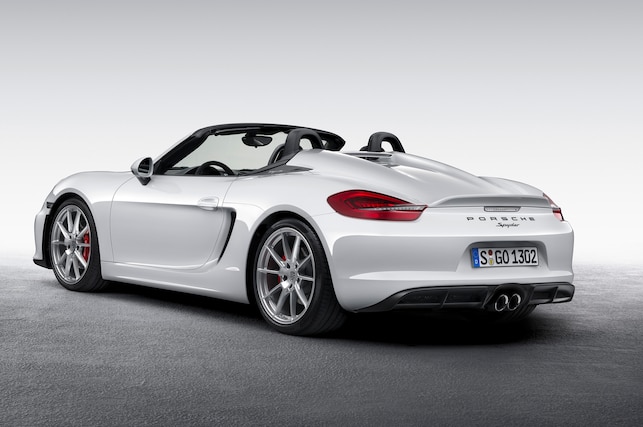 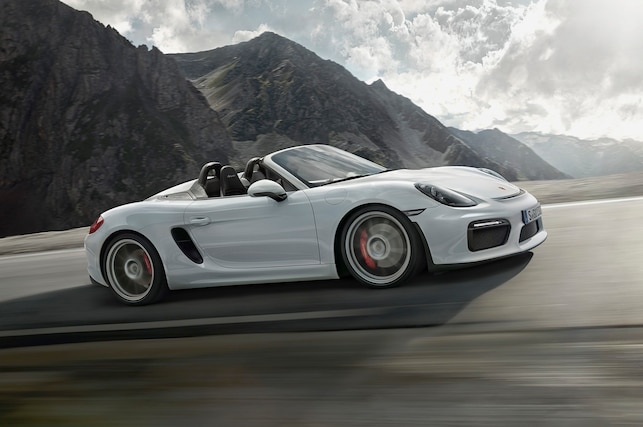