Freeskier Jon Olsson gives lifts around Stockholm, Sweden, in his custom RS6 for a promotion with the Betsafe gambling website. 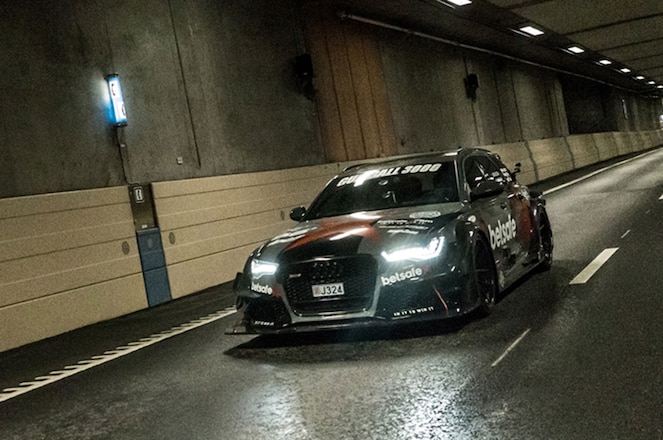 It’s pretty rare to hail an Uber car that makes more than 300 horsepower, but a few lucky folks in Stockholm, Sweden were picked up in a station wagon making three times as much.

The high-powered ride came courtesy of Swedish freeskier Jon Olsson, who partnered with Uber Stockholm and Betsafe, a gambling website, to offer free Uber lifts in his custom Audi RS6 DTM, a wagon that makes over 900 horsepower.

Uber reportedly received more than 5,000 requests once the special RS6 popped up on the ride service app last Friday. The wagon was available for 6 hours and only 11 users were selected.

Betsafe released a short video of Olsson picking up the lucky riders, and not surprisingly no one was in a particular hurry to get to their destination. Olsson had few opportunities to really push the RS6 hard, though he did manage to find a few tunnels to amplify the wagon’s wicked exhaust note.

Olsson’s inspiration for his wagon came from his love of DTM cars and their wide-body kits. The roof-mounted box was a must for his ski gear and the flashy wrap work and decals were selected for the upcoming Gumball 3000 rally. This year’s rally starts in Stockholm and will cross the Atlantic for a U.S. route that includes Reno, San Francisco, Los Angeles, and Las Vegas.

Watch the video below to see the wild RS6 Avant in action.

The 2014 Audi RS6 Avant is both masculine and aggressive, as an Audi RS should be, unfortunately it has joined the ranks of European cars that got away from the US market. 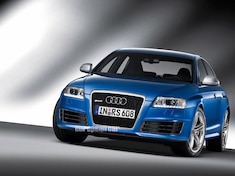 Check out these two packages that will be featured on 500 Audi RS6s: The Audi Plus Exclusive and Audi Plus Sport. -European Car Magazine 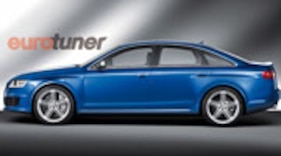 With its twin-turbo V10 and quattro permanent all-wheel drive, the Audi RS 6 is a car without equal. - Eurotuner Magazine