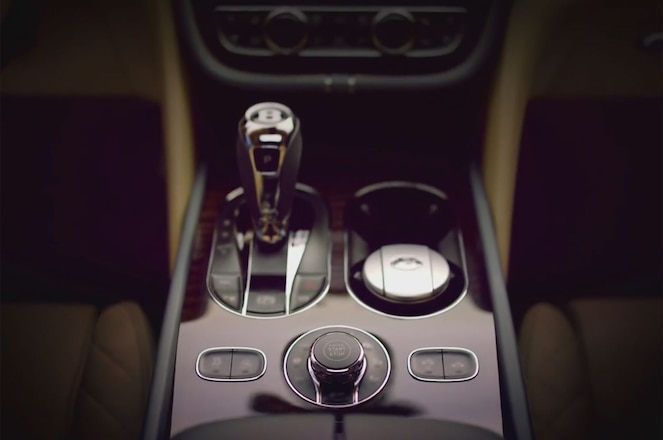 While spy photographers have spotted the Bentley Bentayga out and about a couple times now, we still haven’t been able to catch a glimpse of the ultra-lux SUV’s interior until now. The British automaker has just released a short teaser video showing the SUV’s cabin and super advanced technology that it says you can actually feel.

In the video, we get a shot of the Bentayga’s touch-sensitive start-stop button, which appears to be surrounded by a vehicle dynamics mode selector that looks similar to the one found in the Porsche Cayenne. The video also shows an image of a deer in the instrument cluster, which could mean that the lux SUV feature some type of animal detection system. The video also shows the Bentayga’s advanced head-up display that looks to be showing turn-by-turn directions and the proximity of other cars on the road. With all this cool gadgetry, the British automaker says the Bentayga will be its most advanced Bentley ever. 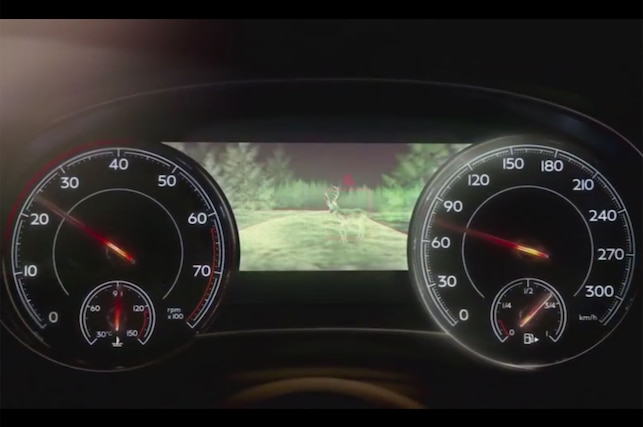 Tech stuff aside, the Bentayga appears to have an overall cleaner interior that what we saw in the EXP-9F concept. The production SUV’s interior features high-end quality materials like leather on the dashboard, wood trim, aluminum inserts, and lots of cross-stitching, with the signature Bentley “B” displayed on the shifter. 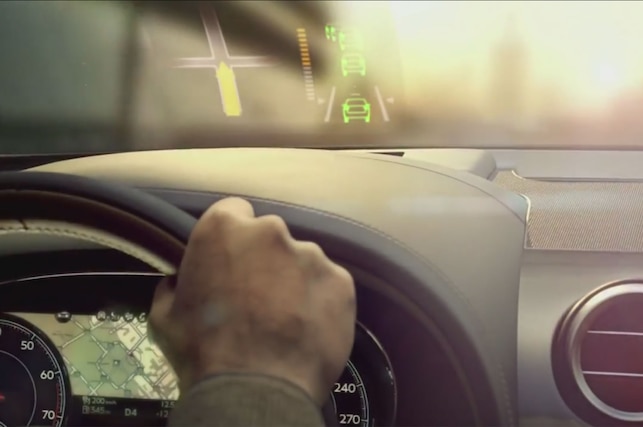 Bentley hasn't yet announced powertrain details, but we expect the model will feature a version of the brand's 4.0-liter V-8 or a twin-turbo 6.0-liter W-12 for around 600 hp. It will share a platform with other large SUVs from the Volkswagen Group, including the Audi Q7 and next-generation Porsche Cayenne. 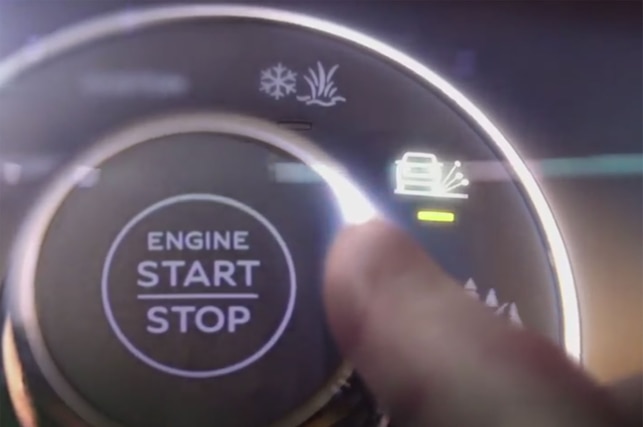 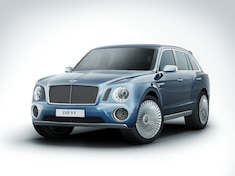