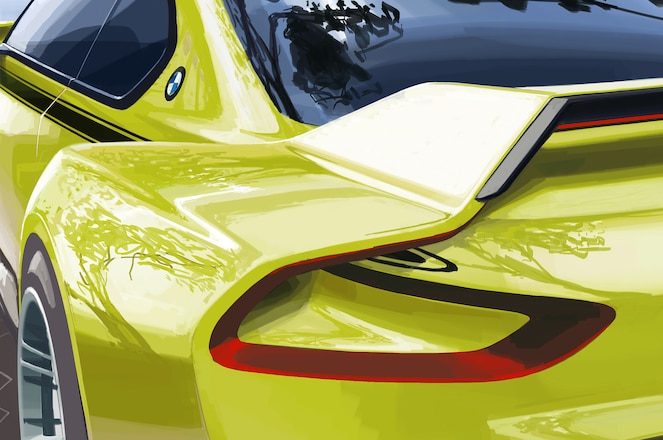 As BMW is busy celebrating 40 years of the 3 Series, its design team is also looking into the past for inspiration. And they’re looking in all the right places. BMW is poised to unveil a special 3.0 CSL Hommage design concept, which it will introduce at the Concorso d’Eleganza Villa d’Este on May 22.

Inspired by the original BMW 3.0 CSL first introduced in 1972 (pictured below), the Hommage will look to maintain the all-out engineering ethos of the iconic classic, with a modern twist. Big air deflectors at the rear are integrated with flared wheel arches and a rear spoiler, and BMW hints at extensive use of carbon fiber for the lower sections of the car. The rear end appears to draw some inspiration from the i8 plug-in sports car, but at the same time, there are unmistakable classic cues like the pale gold paint, black racing stripes just below the window, and ever-familiar Hofmeister kink with roundel logo at the C-pillar. 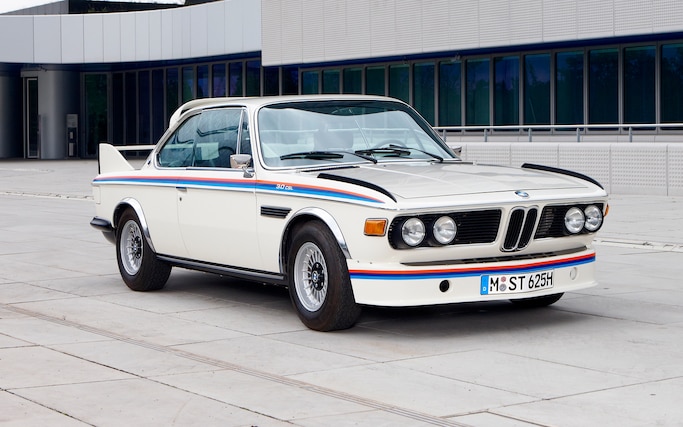 The BMW 3.0 CSL Hommage is apparently quite the stripper on the inside and out, a nod to the weight-saving measures employed on the original CSL, which was constructed for public sale as a homologation special for the European Touring Car Championship. BMW says in its statement that “All the elements in the cabin are absolutely essential and each constituent has a high-quality structural or driving-related function.” The 1972 BMW 3.0 CSL used thinner steel and aluminum to shave weight, and did away with much of the trim and sound-deadening from the standard 3.0 CS. It was the New Six for the serious driver and Bimmer-phile.

This Hommage concept will be yet another in a series of gorgeous BMW concepts shown at Villa d'Este over the years, including the BMW 328 Hommage from 2011, the BMW M1 Homage from 2008, and the BMW Pininfarina Gran Lusso Coupe concept shown in 2013.

Check back after the BMW 3.0 CSL Hommage concept is introduced at Villa d’Este for more details. 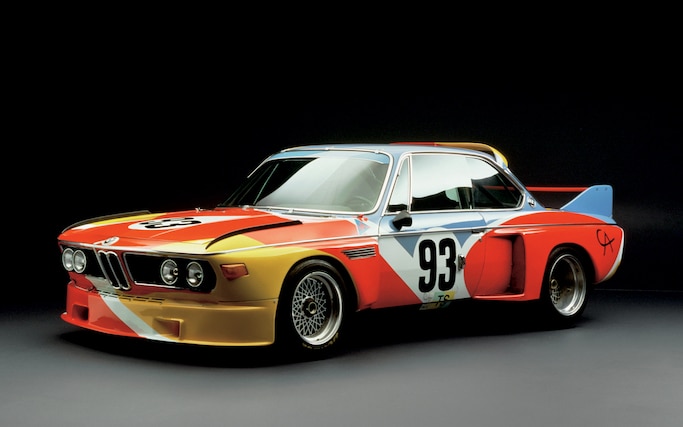