1972 Maserati Boomerang For Sale at Bonhams

One-off concept cemented a place in automotive history with its futuristic looks and sharp body lines. 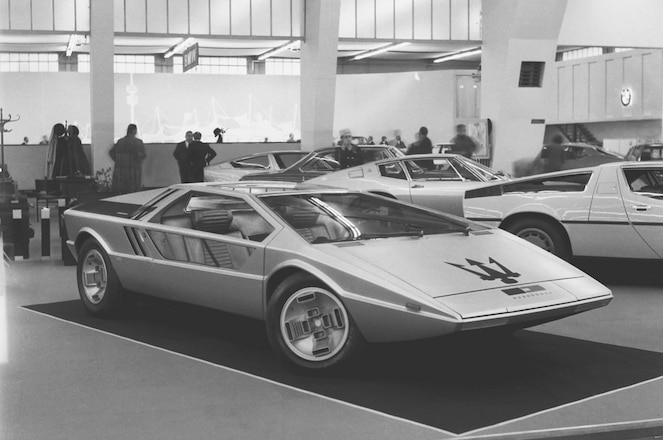 Let's face it: Concept cars are much more exciting than many production cars. So we envy the person who takes home the 1972 Maserati Boomerang from Bonhams' auction this September.

Designed by the legendary Giorgetto Giugiaro, the one-off Boomerang concept stole a place in automotive history thanks to its futuristic looks and sharp body lines. Although it was first unveiled at the 1971 Turin motor show, it wasn't a fully operational vehicle until it was revealed a year later in Geneva. Developed over the chassis of a Maserati Bora, the Boomerang packs over 300 hp from its V-8 engine and reaches a top speed of around 186 mph. While it never went into production, it heavily influenced the design of future cars, including the Lotus Esprit. The concept established styling cues Giugiaro would use in his later works, including the Volkswagen Golf Mk 1, Lancia Delta, and Maserati Quattroporte. 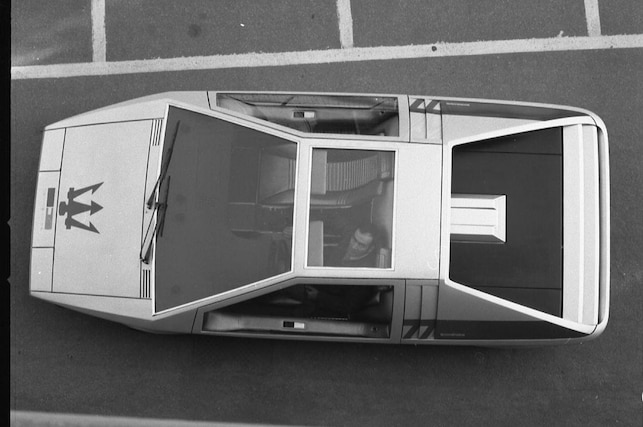 "The Boomerang was the first car of its time to create such a strong, angular style statement," said Bonhams European Head of Motoring Philip Kantor. "It's considered by many to be one of the most remarkable designs of the 20th century."

Once the Boomerang is sold, it will be ready for the owner as it's road-registered and in full working condition. According to recent reports, the Boomerang may fetch up to $4.5 million at auction. The Bonhams Chantilly Sale takes place on September 5 in Chantilly, France. 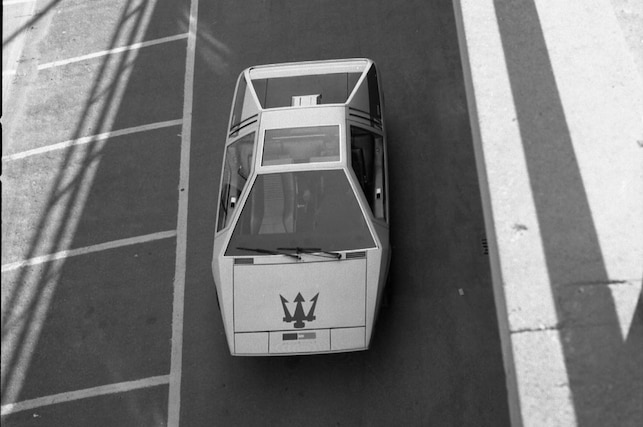 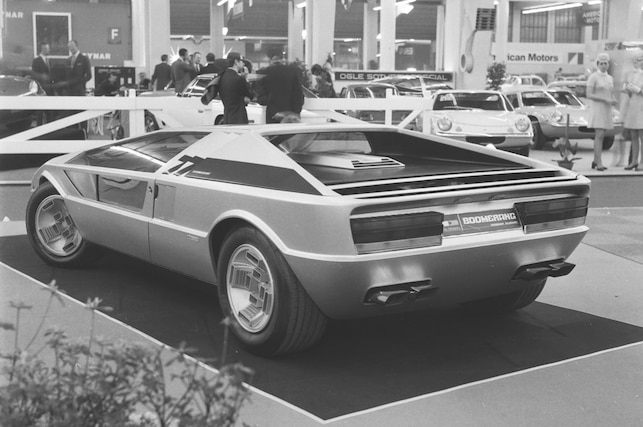