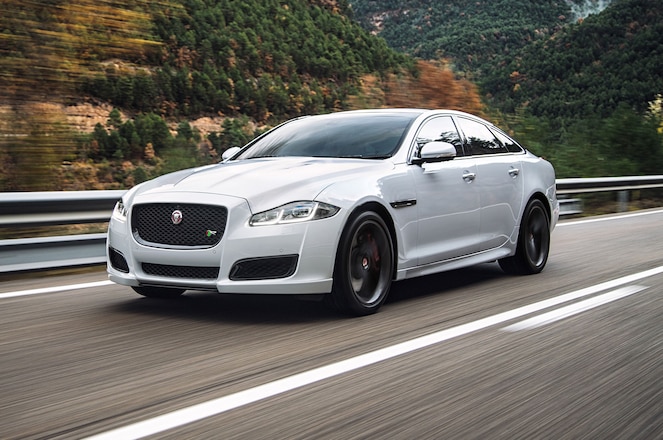 For the 2016 model year, Jaguar's flagship sedan receives a number of significant updates. The refreshed XJ will feature a new exterior design, R-Sport model, and infotainment system when it arrives in dealerships this fall. 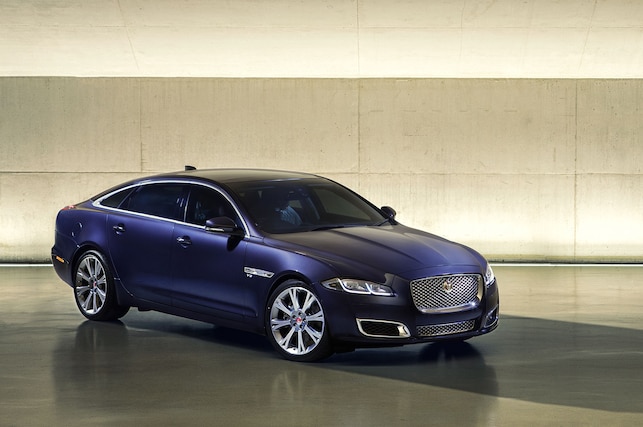 Jaguar has made a number of other design changes to better distinguish the different models in the XJ lineup. The base model now includes aerodynamic updates as well as a new R-sport designation that symbolizes the car's athleticism, while the long-wheelbase version receives interior refinements like diamond-quilted seating surfaces for an emphasis on luxury. Meanwhile, XJR models come standard with a black trim package that adds a black front grille as well as black accents near the lower air intake and windows.

Perhaps the biggest change on the new XJ comes in the form of technology. We've complained in the past that the XJ's multimedia unit isn't as simple to use as some rivals, but an all-new infotainment system might provide a remedy. A new 8-inch touchscreen works much like a smartphone, responding to swiping and "pinch-to-zoom" gestures. Jaguar says maps can be accessed quicker than with conventional hard drives thanks to a new 60GB solid-state drive. The nav system can also be programmed to learn a driver's daily commute and automatically offer alternative routes in the event of traffic congestion. Also, a new app allows drivers to plan their route offline and load it to the car at the start of their drive, and once the driver exits, the app can continue providing navigation directions on the driver's phone.

Other updates for the XJ include a standard 17-speaker Meridian Surround Sound audio system as well as an updated rear seat entertainment system. Along with enhanced adaptive cruise control with queue assist, Jaguar has also tacked on electric power-assisted steering on rear-drive models and a feature that enhances drive-away on slippery surfaces. The Jaguar XJ continues on with its familiar range of engines, including a 3.0-liter supercharged V-6 with 340 hp and a 5.0-liter supercharged V-8 tuned to offer either 470 hp or 550 hp. 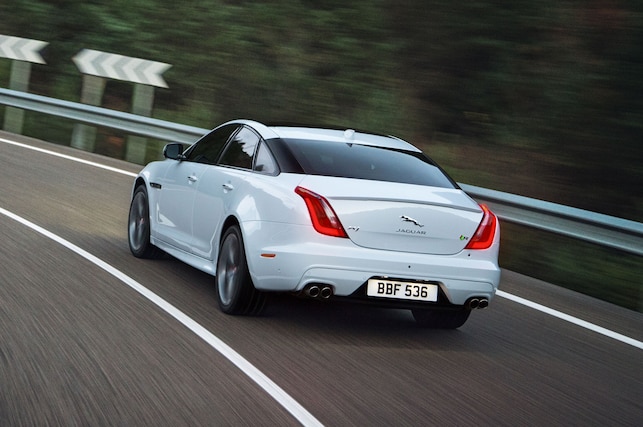 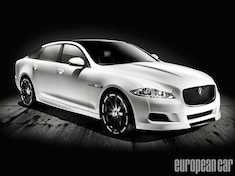 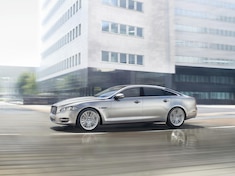 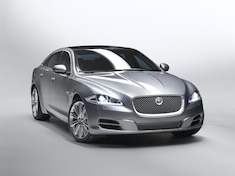 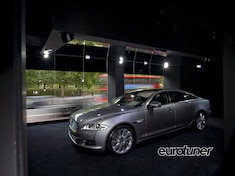