Range-topper is part of midsize sedan line poised to take on BMW 3-Series, Mercedes-Benz C-Class, Jaguar XE, and others. 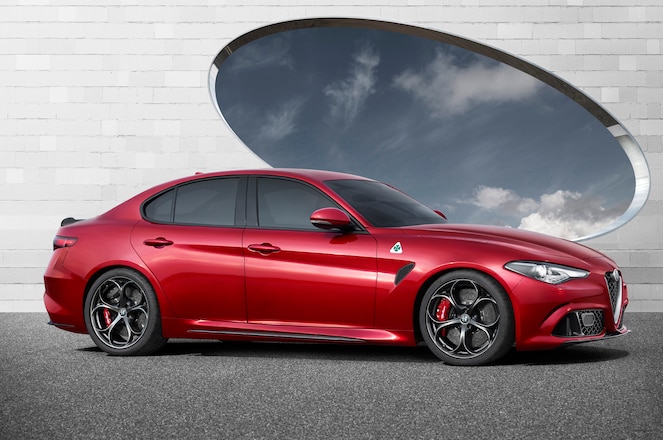 Alfa Romeo's long-awaited midsize sedan has arrived. The brand is bringing the Giulia name back to replace the front-drive-based 159, which was sold in Europe until 2011. With the car now riding on a rear-drive-based platform, the Giulia is poised to take on the BMW 3 Series, Mercedes-Benz C-Class, Jaguar XE, and others. The range-topping car, the Giulia Quadrifoglio, might just have a chance with its 503-hp twin-turbo V-6. 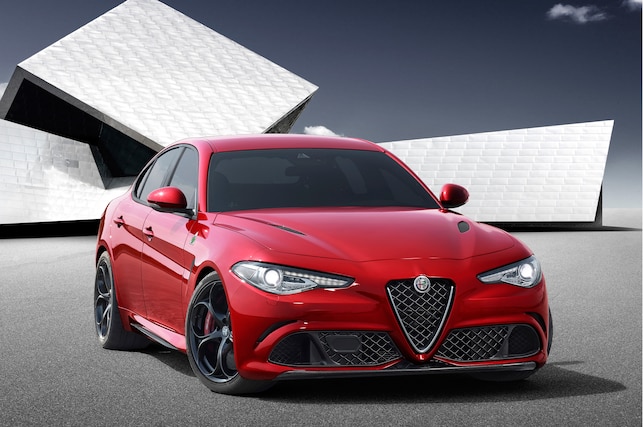 The new car was unveiled today in Milan, Italy, coinciding with Alfa Romeo's 105th anniversary. The brand says the look employs the three quintessential features of Italian design, which include sense of proportions, simplicity, and high-quality surface finish. We think Alfa nailed the proportions, with short overhangs that disguise a relatively long wheelbase -- the longest in its class, according to the automaker. The compact body and long dash-to-axle ratio give the Giulia an unmistakably sporty profile. The front end might be a bit polarizing, however, with a large Alfa trefoil grille placed between two slender headlights. Alfa says the refreshed man-eating serpent logo makes its debut at the top of that grille.

Full powertrain details have yet to be revealed, but Alfa did release some info on the M3-fighting Quadifolgio variant. That car will be powered by a twin-turbo V-6 tuned by "engineers with Ferrari background." The engine is rated at 510 metric hp (roughly 503 hp by SAE standards), and can rocket the Giulia Quadrifolgio to 62 mph in 3.9 seconds, according to Alfa. Cylinder deactivation is used to improve fuel economy, and full aluminum construction reduces weight on the front axle. 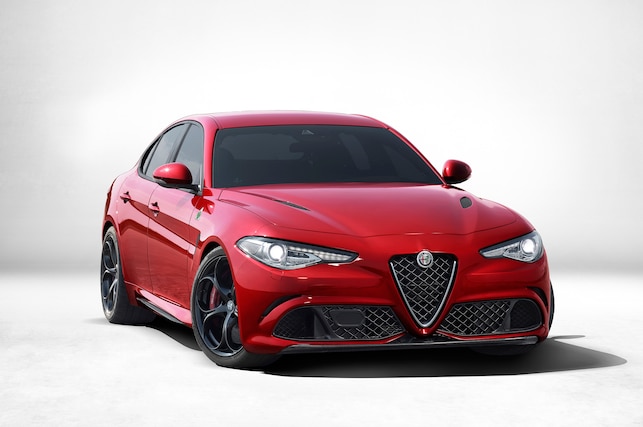 Speaking of weight, Alfa says the Giulia boasts perfect 50/50 weight distribution by placing most of the mechanical bits between the axles. The Giulia will be offered in both rear- and all-wheel drive. The Giulia rides on a new double-wishbone front and multi-link rear suspension, and uses torque vectoring via its dual-clutch rear differential to manage torque to each wheel. Other technologies include an Integrated Brake System, which uses the traditional servo brakes combined with the stability control system to improve brake response and decrease stopping distance. The Giulia also features an Active Aero Splitter, which adjusts to increase downforce and grip at high speed. Alfa's driver-selectable DNA system has been updated for the Giulia, and features Dynamic, Natural, Advanced Efficient, and Racing modes. 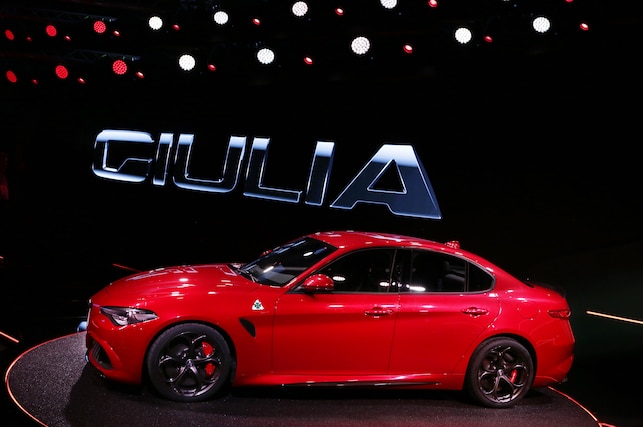 Lightweight materials are used throughout the Giulia. The driveshaft, hood, and roof are made of carbon fiber, while the engine, doors, suspension, and brake components are made of aluminum. The rear crossmember is composed of aluminum and plastic. The brakes use carbon ceramic discs, while the seats feature a carbon fiber frame.

We'll have to wait to learn more about the full Alfa Romeo Giulia range, but so far the sedan is sounding pretty good. 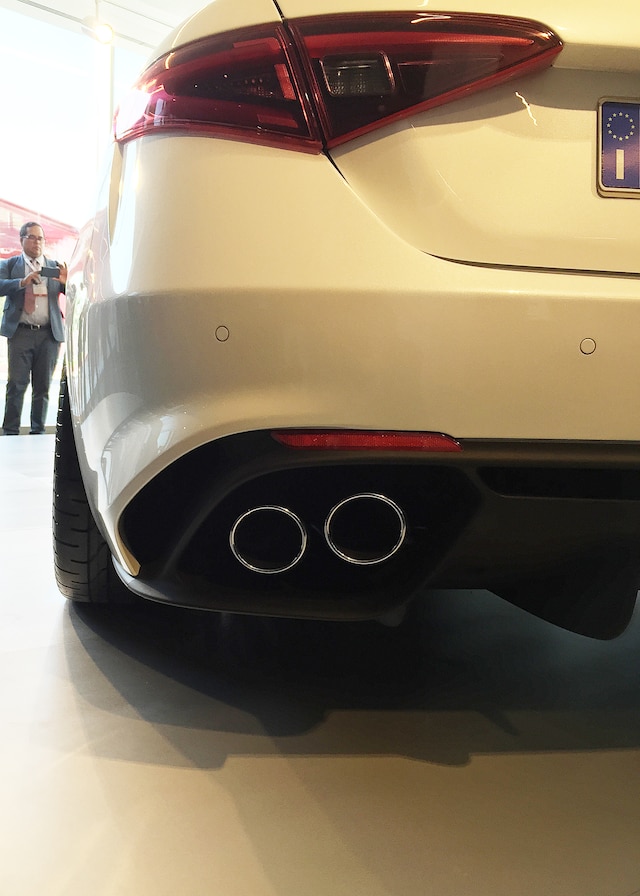 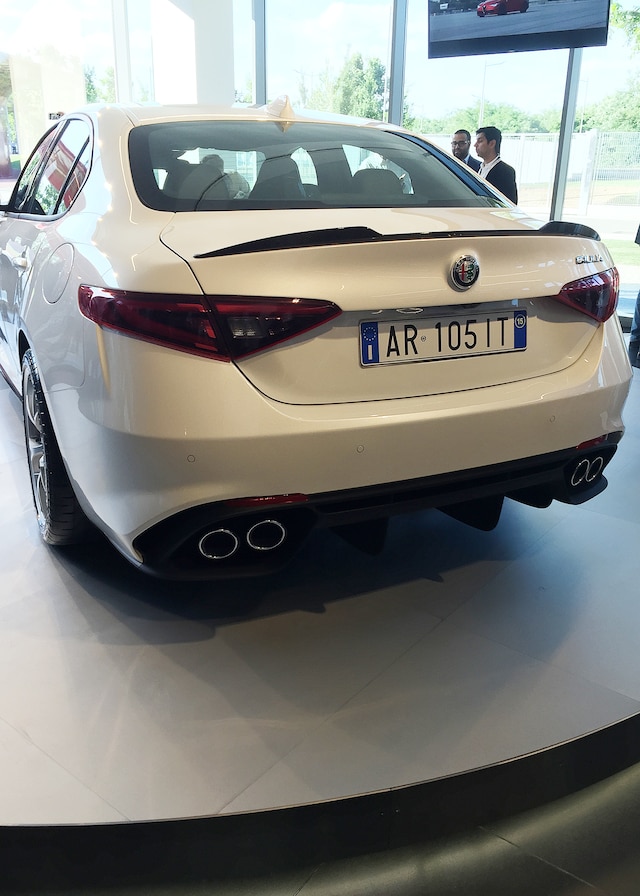