Power figures sugest Ford is not messing around with its AWD, 2.3-liter turbo-four hot hatch 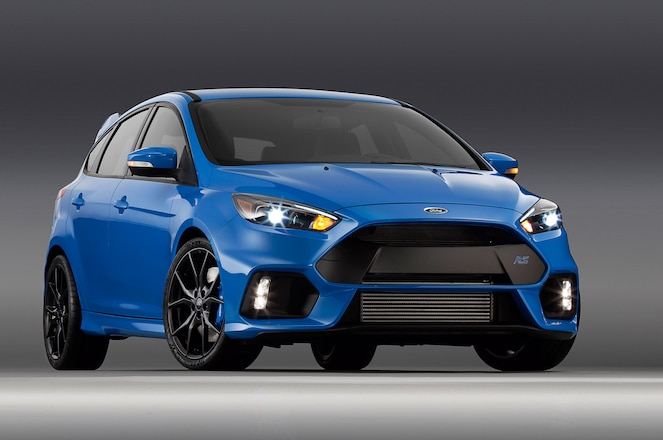 We were already excited about the Ford Focus RS when we thought it had “more than 315 hp,” and now the official horsepower number from Ford has us chomping at the bit to drive this new hot hatch. The 2016 Ford Focus RS hatchback’s 2.3-liter engine puts out 345 hp and 324 lb-ft of torque, putting this all-wheel-drive pocket rocket squarely at the top of its class, at least on paper. 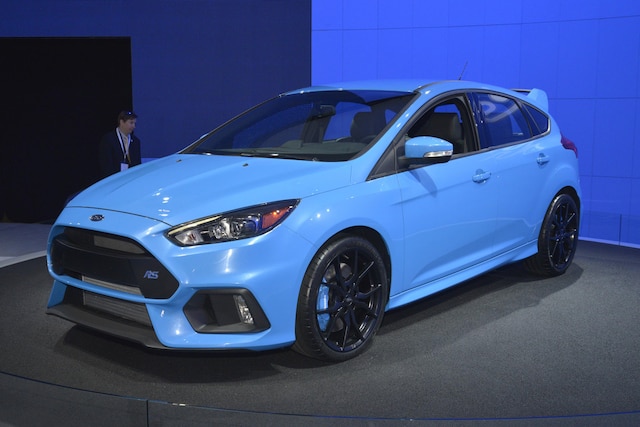 That’s a whole 35 hp more than the 2.3-liter turbo-four makes in the 2015 Ford Mustang EcoBoost, and Ford says the engine is “significantly upgraded” for use in the Focus RS. The engine breathes better thanks to a less restrictive intake, a low-inertia, twin-scroll turbo makes for greater air flow, and a high-performance exhaust controls back pressure and noise output.

The engine has a redline of 6,800 rpm, and the max torque output of 324 lb-ft is produced between 2,000 and 4,500 rpm. The Focus RS also has an overboost feature that can provide up to 346 lb-ft for 15 seconds at a time. We already knew that the 2.3-liter EcoBoost would mate exclusively with a six-speed manual, and that it routes its power through a new all-wheel drive system with torque vectoring. 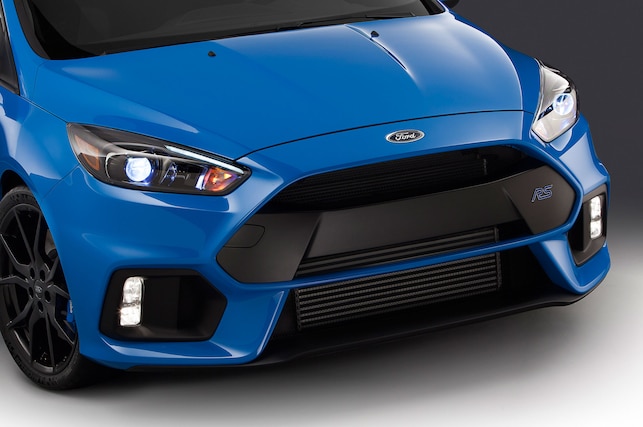 All this power and performance sets up the 2016 Ford Focus RS to be fiercely competitive among other high-performance compacts, with a significant power advantage compared to both the 292-hp Volkswagen Golf R and the 305-hp Subaru WRX STI. We can’t wait to see what it can do.

Racing driver Ken Block will drive the Focus RS at this year’s Goodwood Festival of Speed this weekend in the U.K., and the 2016 Ford Focus RS will go on sale in the U.S. in spring 2016. 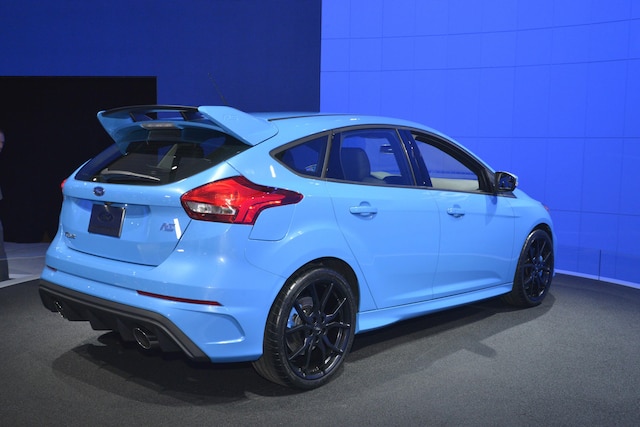 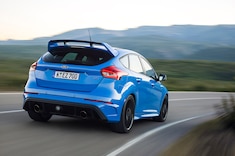 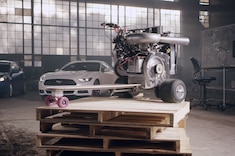 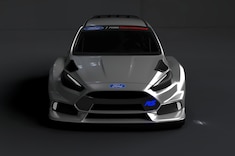 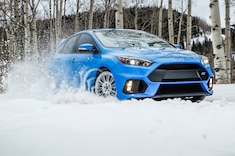 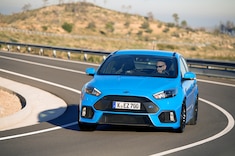 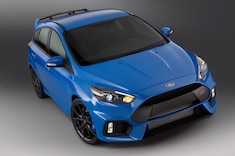