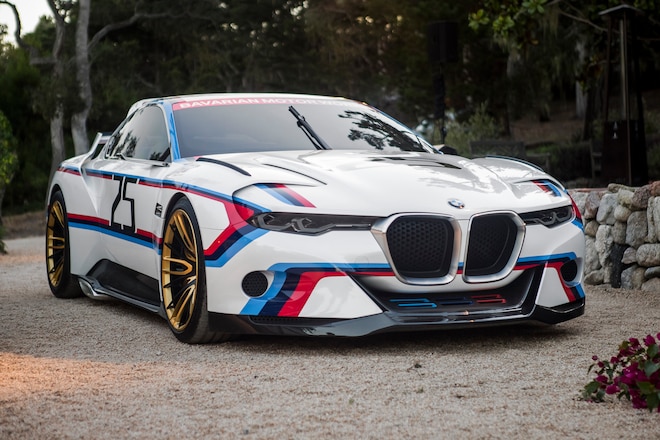 The BMW 3.0 CSL Hommage R is on display at this year's Monterey Car Week. This special concept harkens back to the original 3.0 CSL from four decades ago, all while maintaining a sense of modernity.

The model honors the racing success of the 1975 3.0 CSL and also marks BMW's 40th anniversary in North America. The car's rear spoiler, powerful wheel arches, and air defectors remind fans of the original 3.0 CSL, while laser and LED lighting brings the car into the 21st century. Completing the look are matte gold 21-inch light-alloy wheels with black inlays. 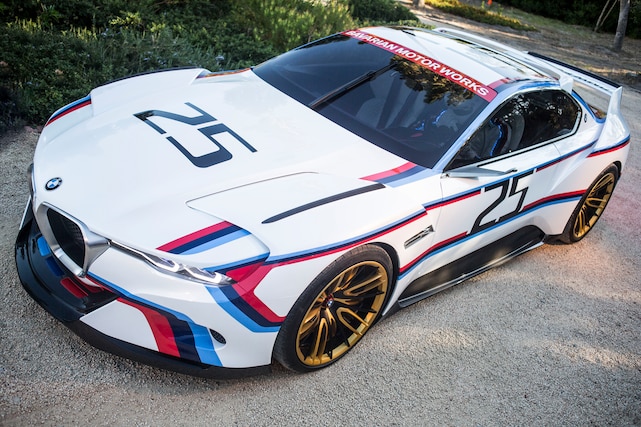 Carbon fiber on the Hommage R signifies the previous model's emphasis on lightweight construction. Not only is carbon fiber visible from the exterior, but it also makes up almost the entire interior portion of the car. A carbon fiber roll cage and carbon fiber seat complement wood accents, which were found on the original model. Ruled by function, the only creature comforts are two vents that let in fresh air.

But the actual car is only part of the story. BMW has also introduced a racing suit and a helmet visor that can be integrated into functions of the car. The helmet visor acts as a makeshift head-up display, showing speed, gears, engine revs, and other pertinent information to the driver. Meanwhile, a race suit designed by Puma was put together with illuminated piping on the sleeves. When both hands are on the steering wheel, the driver's suit lights up as the car sends information to the head visor.

If you missed it, also be sure to check out the "non-R" BMW 3.0 CSL Hommage that debuted at Villa d'Este this past May. 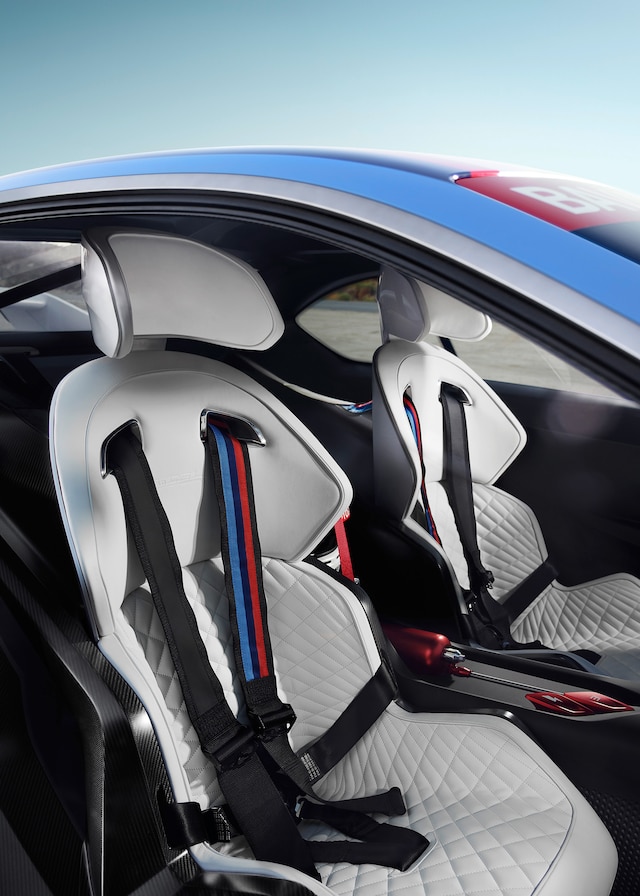