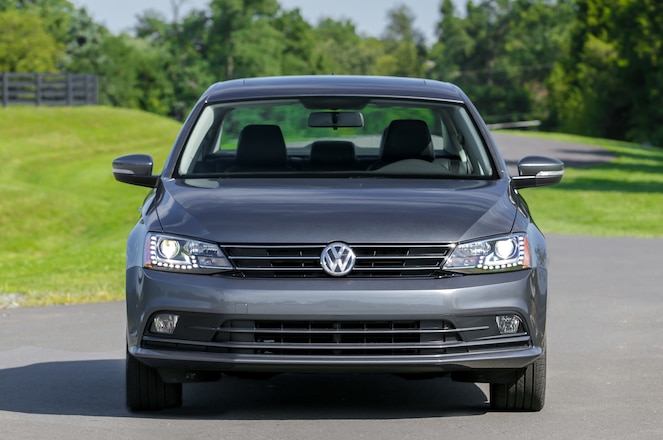 Volkswagen is putting another engine to rest thanks to the introduction of a new and more advanced powertrain. The automaker announced today that the Volkswagen Jetta will be offered with a new 1.4-liter turbo-four, which replaces the naturally aspirated 2.0-liter four-cylinder engine.

The new, direct injection engine is rated at 150 hp and 184 lb-ft of torque. The automaker says all of that torque is available at a low 1,400 rpm. Available transmissions will be a five-speed manual and a six-speed automatic. 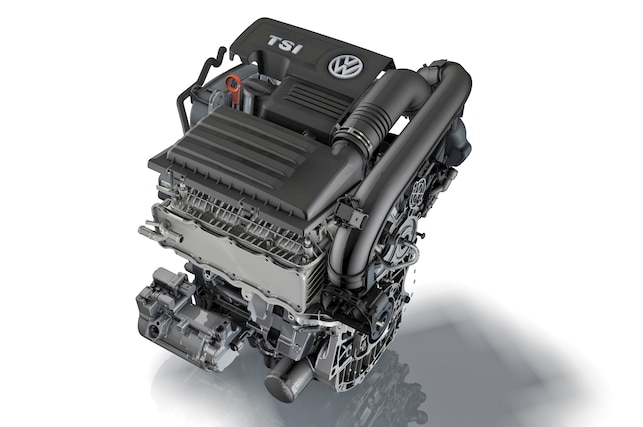 EPA figures for the engine aren’t out yet, but Volkswagen estimates the smaller mill will hit 39 mpg on the highway. If that’s the case, it’ll represent a 13-percent improvement over the outgoing 2.0-liter engine, which makes a meager 115 hp and 125 lb-ft and is EPA rated at 25/34 mpg with the five-speed manual gearbox (23/34 mpg with the six-speed auto).

The 1.4-liter will also replace the 1.8-liter turbo-four in the Jetta SE trim. That means the latter engine will only be offered in the Jetta Sport. The 1.8-liter makes more power at 170 hp, but matches the 1.4-liter’s torque rating (and needs 100 more rpm to reach it).

The Jetta already boasts one of the most diverse powertrain offerings in its segment thanks to a diesel engine and a hybrid model. With that said, expect the 1.4-liter engine to spread throughout VW’s lineup including the Golf and Beetle.

Photos are of the Jetta with the 1.8-liter turbocharged inline-four. 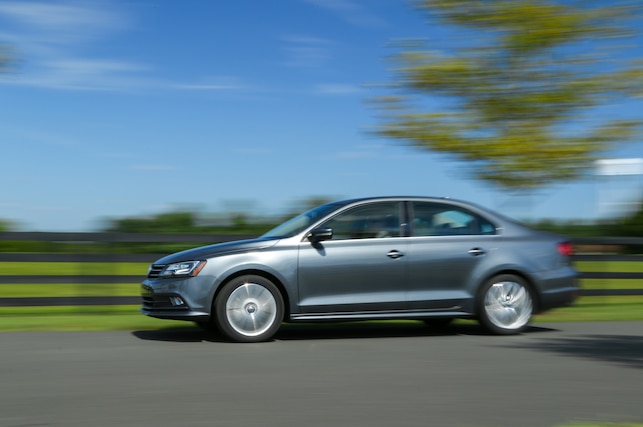