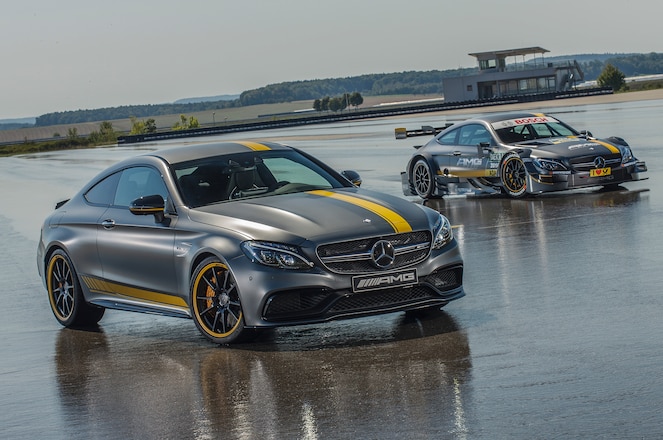 Mercedes-AMG today released two new sporty coupes ahead of the Frankfurt auto show. The Mercedes-AMG C63 Coupe Edition 1 is a limited-run package to celebrate the launch of the eponymous road car, while the new Mercedes-AMG DTM (Deutsche Tourenwagen Masters) racing car will compete in the 2016 race season. 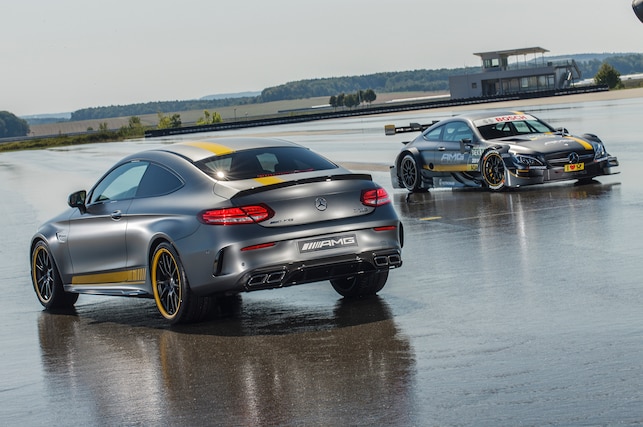 The Edition 1 treatment is available for both the standard and S versions of the new 2017 Mercedes-AMG C63 Coupe. It's painted to match the wild livery of the DTM racing car, with special designo Magno Selenite gray paint, black wheels, and abundant yellow accent packages. The Edition 1 car can also be ordered in a more subdued color scheme, with matte-gray stripes and accents instead. The cars come with carbon-ceramic brakes and an AMG Aerodynamic package that includes a larger spoiler and new side skirts.

Other upgrades for the 2017 Mercedes-AMG C63 Coupe Edition 1 include gloss-black trim pieces in place of chrome, Nappa leather seats with yellow contrast stitching, and a flat-bottom steering wheel. As on the standard car, the 2017 Mercedes-AMG C63 boasts 469 hp and 479 lb-ft of torque from its twin-turbo 4.0-liter V-8 engine, while the C63 S ups those numbers to 503 hp and 516 lb-ft. 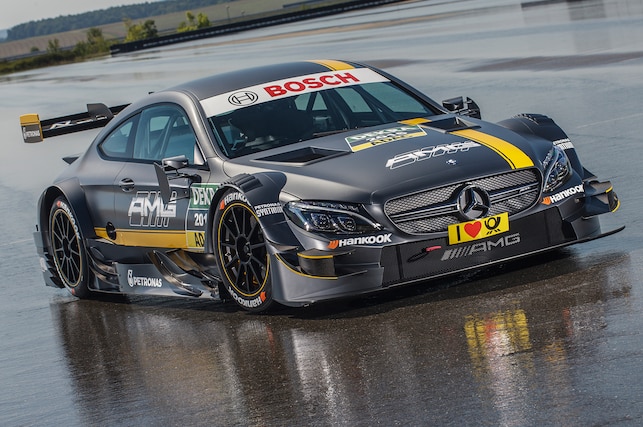 Meanwhile, the new Mercedes-AMG DTM racing car builds upon the road-legal C63 Coupe but amps up its aggression several notches. With massively flared fenders, an enormous rear wing, abundant aerodynamic upgrades, and 18-inch racing wheels and tires, the new DTM racer bears only a passing resemblance to the C63 street car. The car has a carbon-fiber monocoque with integrated roll cage for improved safety. With a 4.0-liter V-8 engine and six-speed sequential transmission sending power to the rear wheels, it's sure to make quick work of the 2016 DTM series in Germany. AMG says the engine makes 483 hp and 369 lb-ft, and that the car tips the scales with a minimum weight of 2,469 pounds.

Both the Mercedes-AMG C63 Coupe Edition 1 and the DTM racing car will make their public debuts next week at the Frankfurt auto show. 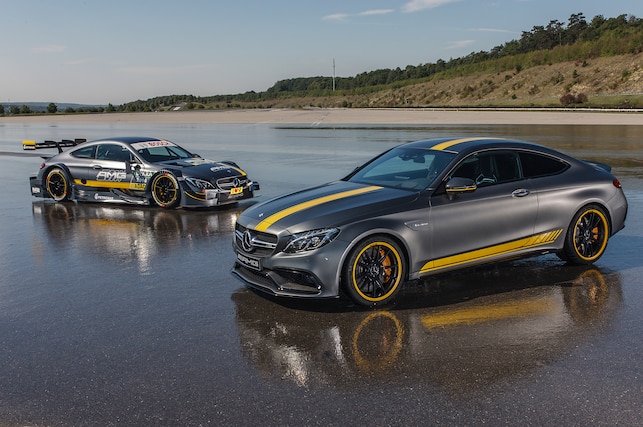 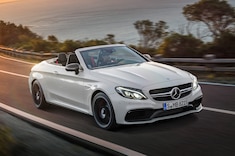 The 2017 Mercedes-AMG C63 Cabriolet has been revealed and it comes packing up to 503 hp from its twin-turbo V-8. 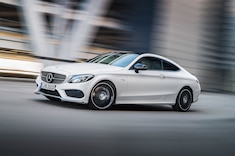 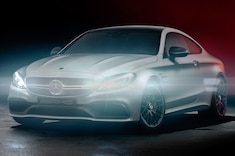 The Mercedes-AMG C63 coupe has been fully revealed after a tease that's lasted weeks. See the newest two-door AMG here. 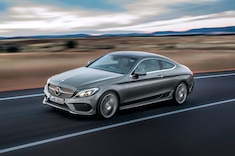 With the C-Class sedan fully redesigned , it’s time for the coupe version to face some changes. More on the 2017 Mercedes-Benz C-Class coupe right here.. 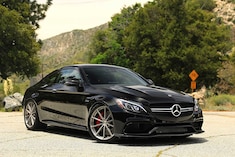 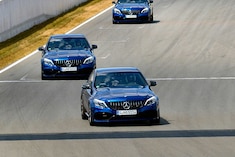 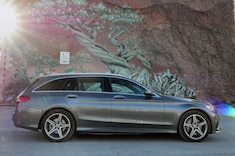