The New Toyota Supra - Is this Real Life? 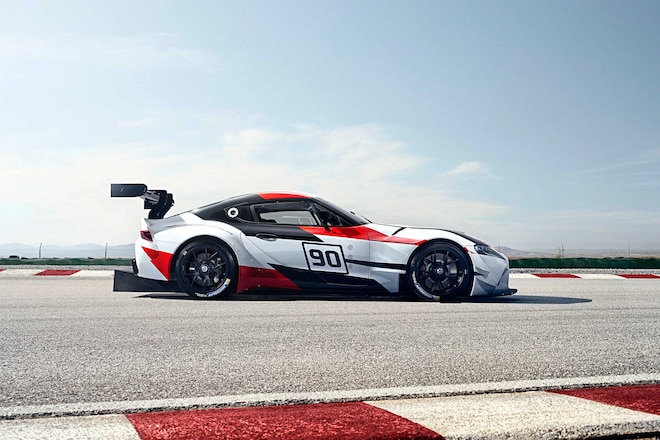 For the past few years, your social feed has been inundated with teasers, spy coverage, renderings, and countless rumors stated as fact by every self-proclaimed expert on the web spouting off about the return of Toyota's iconic Supra. Some of that a result of 2014, at the Detroit Auto Show, where Toyota dropped an automotive bomb with its FT-1 concept that began circulating the web, carrying with it a long list of theories and attention, both negative and positive. 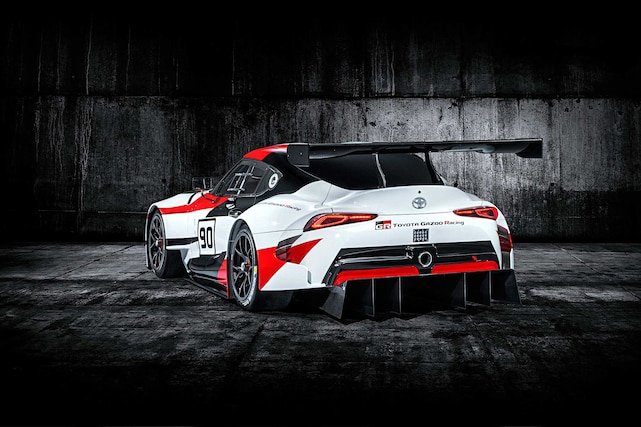 With so many recent spy photos being shared, which featured the possible Supra donning industry standard camo and a few lines reminiscent of the FT-1 concept, it seemed it was only a matter of time before something solid was announced, though detractors would have you believe it was never going to happen. Well, it looks as if that time is finally upon us.

Though the actual production model hasn't been announced, moments ago at the Geneva Auto Show Toyota unveiled the GR Supra Concept; a race-inspired model that's a precursor to the eventual release of the Supra street car. The "GR" in the name refers to Gazoo Racing, an international organization for Toyota's worldwide sporting program. 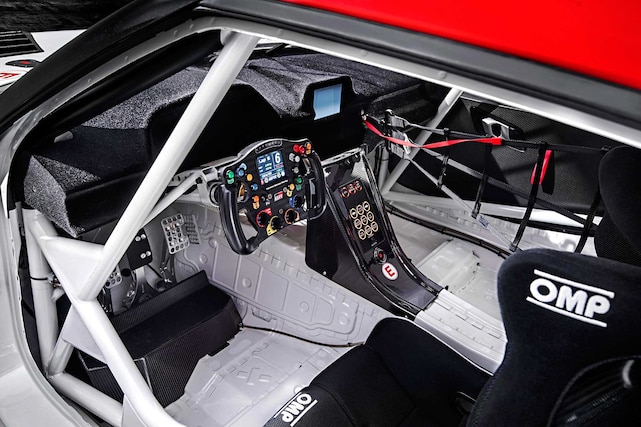 The Supra's that one day populate your local dealership won't carry the race-inspired goods that you see pictured, but you can get a good idea of what the Supra might look like once it's released. To start with, Toyota Gazoo Racing's signature white, red and black livery smothers the concept car, which seems to take some styling cues from the FT-1 concept and Toyota 86. GR relied on ultra-light composite materials for the aero additions like the front bumper that features a trio of large openings and an integrated splitter that matches the side diffusers. Those streamlined flanks lead to the rear where the sculpted quarter panels are met by a carbon fiber diffuser that sits just a finger above the asphalt. Just above that wind-slicing diffuser sits a single, center-exit exhaust finisher that's only overshadowed by a swan-neck style rear wing perched on the deck lid. Further weight loss upgrades include a lexan windshield and side windows bordered in carbon fiber.

The familiar oval taillights with circle inserts that the MKIV was famous for aren't touched on with this iteration, and instead, the lights on-board feel far more Lexus. Take a step back and you can't help but notice the center-lock BBS racing wheels wrapped in Michelin competition tires and of course, the car's been dropped considerably on what Gazoo Racing says are OE suspension components. 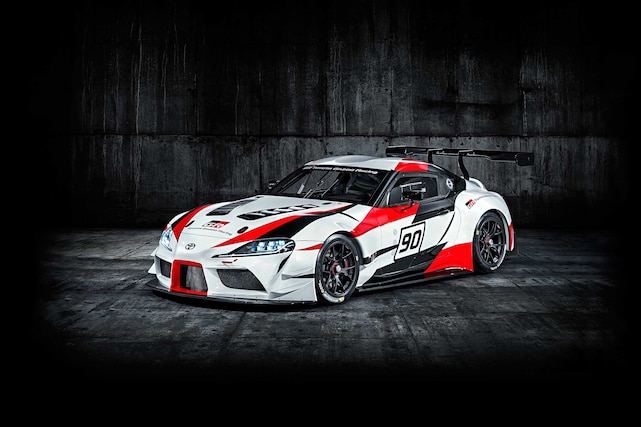 Inside the cabin, don't bother looking for any cup holders as this version's been stripped down to just the bare necessities. Various vehicle functionality buttons are neatly organized on a custom carbon center console while all of the race bits are scattered about the high-functioning steering wheel-mounted command center to keep the driver in full control. And to keep that driver safe, a complete roll cage was welded in place and the interior repainted white prior to installing the custom pedal box, carbon fiber foot dock and door cards, as well as an OMP seat and harness.

If you weren't a firm believer before, Toyota's latest play should help change your mind. The Supra is real and it's on its way back to the general population. Obviously this version is a one-off, but it couldn't be more right for our market in that it gives you a glimpse into the future and what might be possible with Toyota's upcoming sports car. We know — you're sick of the previously mentioned teasers, spy coverage, renderings and countless rumors, but here it is, proof that it's all going somewhere. Will the new Supra live up to the decades of loyalty, performance, iconic standing and general fan boy-ism cemented by its older brother? Only you can constantly and viscously argue about that on social media once it hits the streets. If for some reason the GR Supra Concept didn't make Geneva this year, it would have still been seen by millions as it's featured in the upcoming Gran Turismo Sport video game, scheduled to hit store shelves in April. A number of concept vehicles have joined the GT video game ranks in the past and there's no doubt the Toyota Gazoo Racing Supra Concept will be a hit with fans. 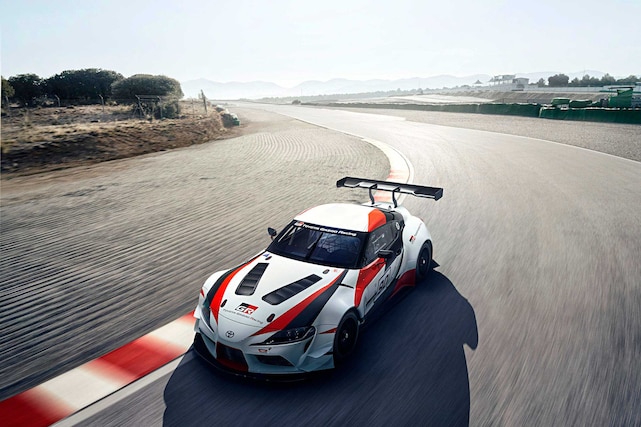 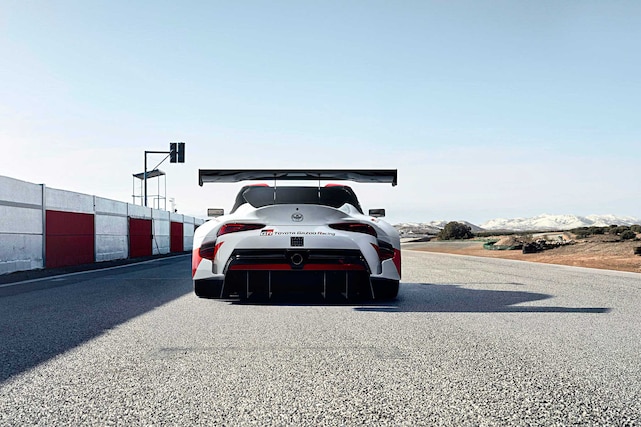 The New Toyota Supra - Is this Real Life?
Photo / 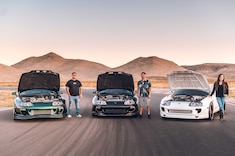 Check out the top three Toyota Supras that made it out to Supras in Vegas 2019. 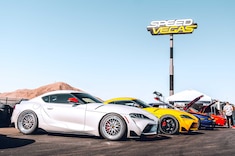 Originally started as a small gathering of friends bonding over their Supras, Supras in Vegas has grown to be the ideal weekend getaway for Supra enthusiasts, featuring organized cruise, dyno day, barbecue, show 'n shine and more. 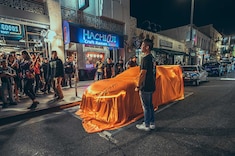 Right before SEMA 2019 we unveiled the Super Street Supra alongside Dai Yoshihara's CTR-swapped AE86 at a special event at Bowls in Downtown LA. 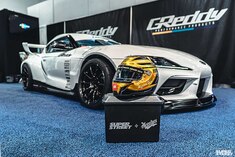 Get up close and personal with the winner 2019 Super Street SEMA Ultimate Award Best of Show winner, GReddy's drift-spec A90 Toyota Supra. 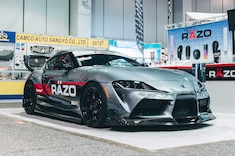 If you're looking for new parts and ideas for your A90 project here are 6 Supra from the 2019 SEMA Show that you should definitely look to for inspiration. 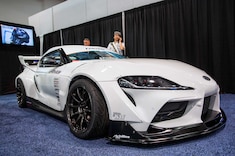 While there are plenty of A90 Supra builds at SEMA 2019 we would like to stop and take a closer look at 3 special ones, each one wearing a Pandem widebody kit designed by Kei Miura. 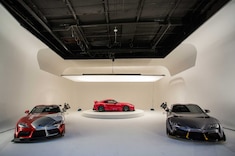 Get a sneakpeek at 3 very unique A90 Supra builds that will be on display in Toyota's booth at the 2019 SEMA Show. Whether it's clothes or cars many of us get hand-me-downs as we grow up. Tho Nugyen is a lucky guy, one of the hand-me-downs he got was his brother's '94 Toyota Supra Turbo.