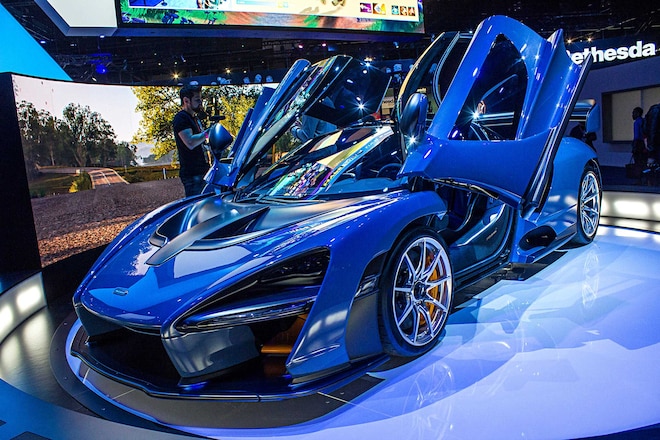 One of the best things about a Forza game coming to E3 is that it always brings an awesome car with it, starting back in 2013 when Forza Motorsport 5 debuted and Turn 10 Studios brought a McLaren P1 fresh off its world reveal in Geneva. From there tradition continued, with each year topping the previous.

Many of you probably remember E3 2016 when a Ford GT lowered from the ceiling of the Galen Center during Forza Motorsport 6's reveal. I was in the audience then and was certain there was no way for Turn 10 to top that. The game developer proved me wrong the following year by pulling off one of the most secretive debuts in automotive history, premiering the Porsche 911 GT2 RS. So with the impending announcement of Forza Horizon 4, what would Turn 10 Studios pull out of their hats this time?

At first it seemed like maybe for the first time there wouldn't be a car reveal, as the entire debut of Forza Horizon 4 passed without any real vehicles rolling out onto the Microsoft Theater stage. Then it happened—later that night, my inbox was hit with an email stating the McLaren Senna, a hypercar named after one of the greatest F1 drivers of all time, would be making its North American debut at E3 right next to a simulator rig demo-ing Forza Horizon 4. 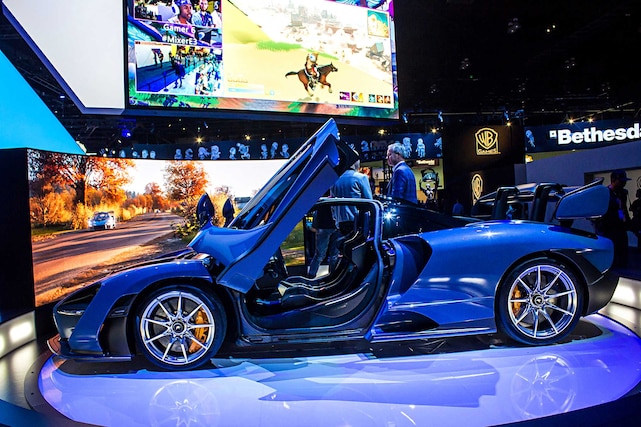 I may or may not have pushed previous plans aside to make sure I got to that display ASAP to get up close and personal with McLaren's new unicorn. I wasn't able to get too close, but I definitely got close enough to appreciate just how impressive the Senna is in person.

At first glance to the untrained eye, the McLaren Senna may just seem like a mass of vents, air ducts, and sharp edges. However, the moment you let your eyes pour over the car, every single design decision seems to fall into place and make perfect sense. Despite its aggressive nature, there are nuances that can only be found if one really takes the time to study its form. I watched the car take several revolutions on its turntable and it seemed as if I discovered a new detail with every turn. 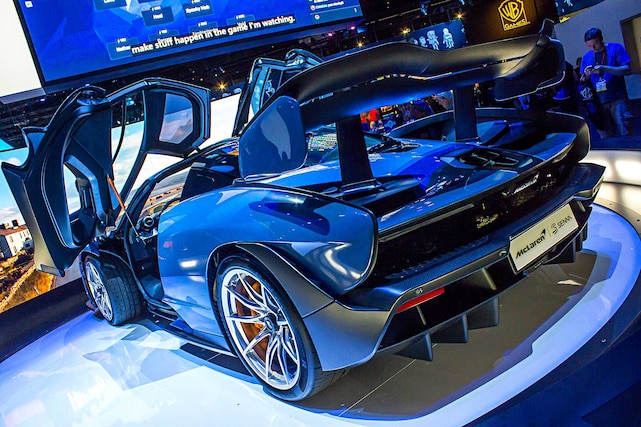 Okay, so we've established that I'm standing in front of the McLaren Senna, a car so rare, and so expensive that chances are I'll never stand that close to one again. We've also established that in my opinion the Senna is an beautifully abstract sculpture on four wheels.

The unveiling begs the question: "How the hell did this happen?" How did the Forzateam convince McLaren Automotive to use the launch of Forza Horizon 4 as a platform to debut their brand new hypercar? Well, while I wasn't able to get all the exact details, I can confidently say that it wasn't really the game team who had to convince McLaren. In fact, based on what I was told I'm thinking it was likely McLaren's idea the whole time for things to go down this way. 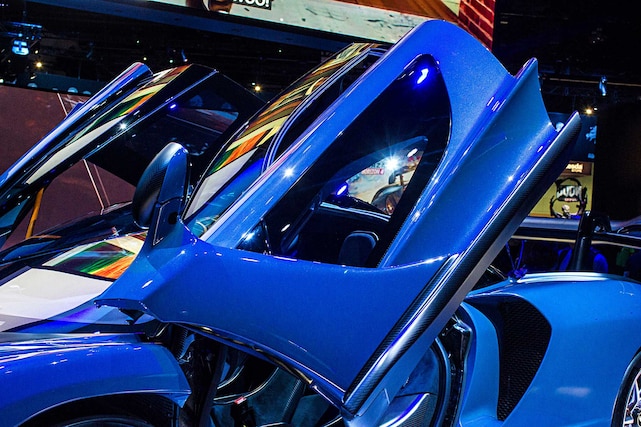 I'll explain. While admiring the car on the E3 show floor, I spoke with a source I have inside of the Turn 10 Studios team who shall remain nameless as I'm not entirely sure they were supposed to tell me what I'm about to tell you. 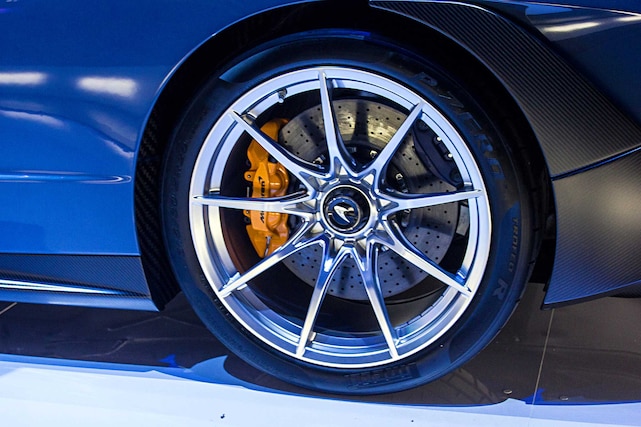 According to my source, McLaren actually approached the Turn 10 Studios team a little more than a year ago about this. Turn 10 was literally working on the trailer for the Forza Motorsport 7 reveal when someone from McLaren reached out to them and showed them the blueprints for the McLaren Senna so that they could begin recreating the car in their game engine. If you look at the timetable, that technically means the Forza team saw the Senna before McLaren's super private gala ball and way before its world debut in Geneva earlier this year. 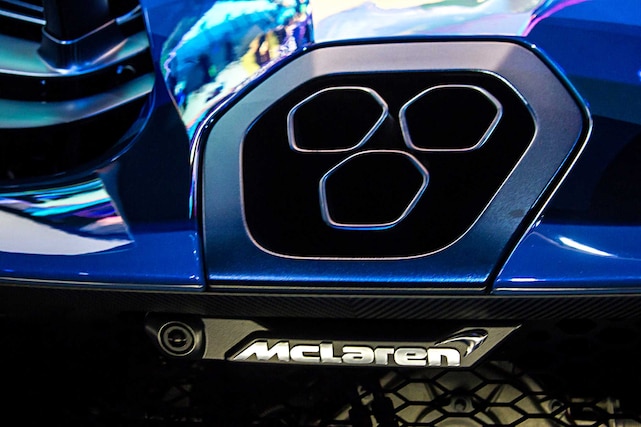 With Forza Horizon 4 being the next game to come from the team after Forza Motorsport 7, it was a natural fit that the McLaren Senna would be the next cover car. I mean, how could they not do that - right?

A while back when I wrote about the Gran Turismo team getting the GR Supra Racing Concept into GT Sport, I stated that when it comes to future car reveals, its major game developers who are really in the know. This situation with McLaren proves that point. Now, I can only find myself wondering what Turn 10 Studios has in store when Forza Motorsport 8 debuts next year... 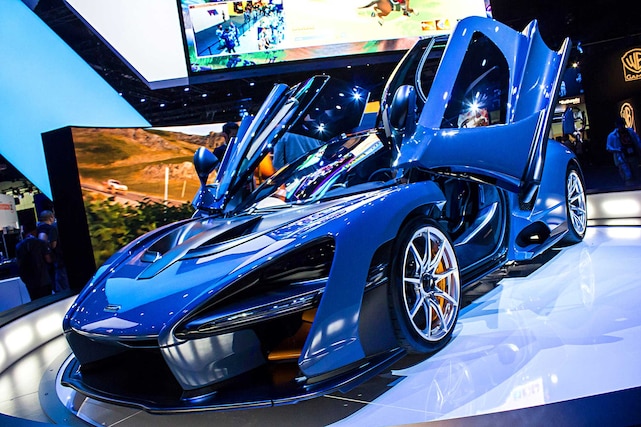 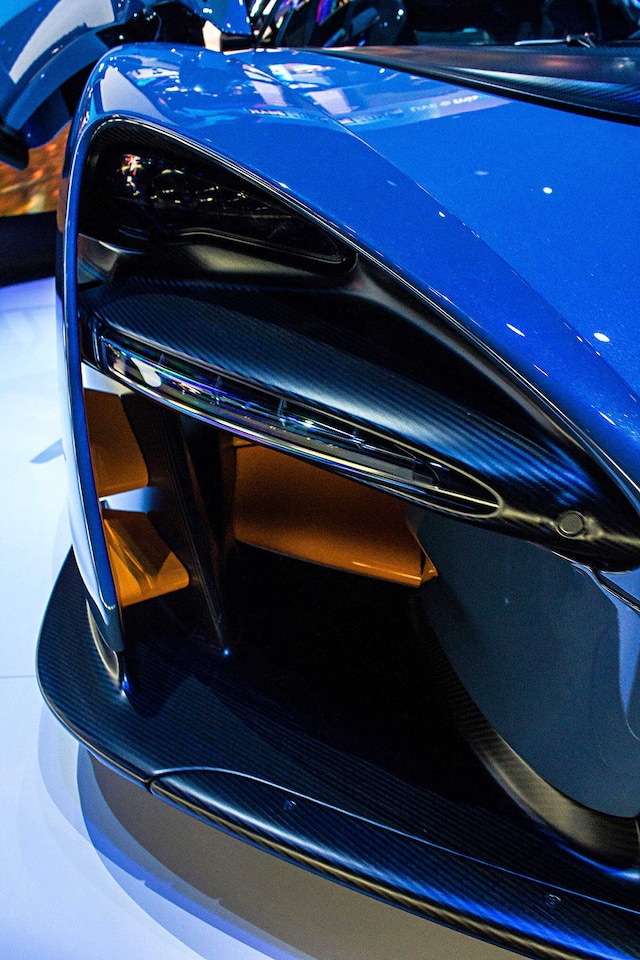 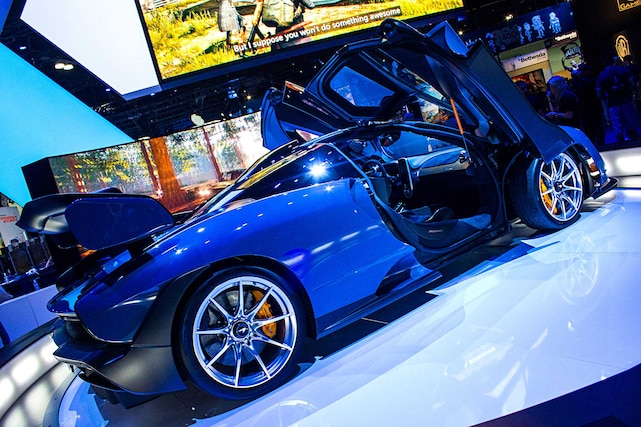