Home  |  Features  |  News  |  You Can Own This Original-Condition BMW 3.0 CSL "Batmobile"
Subscribe to the Free

You Can Own This Original-Condition BMW 3.0 CSL "Batmobile"

When it crosses the block at RM Sotheby’s Monaco sale 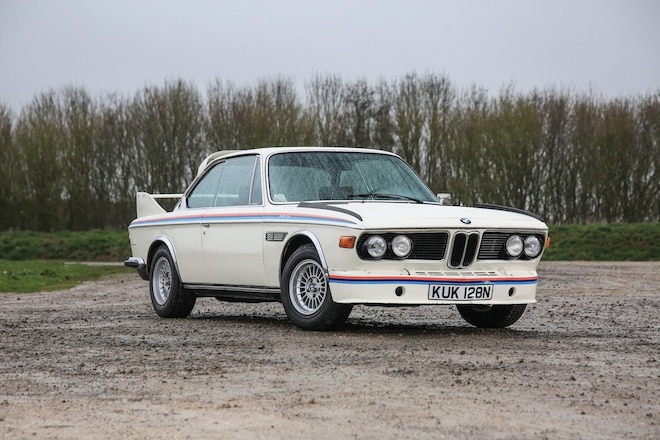 Not all Batmobiles are black and driven by caped crusaders. This pristine 1975 BMW 3.0 CSL happens to be Chamonix Metallic White and is one of only a handful of 3.0s built with the "Batmobile" aerodynamics package.

The car will cross the block at RM Sotheby's Monaco 2018 sale in May along with several other choice BMWs and other marques.

It appears to be in original condition and wears the optional aerodynamics kit that includes a front air dam, short roof spoiler, and a wild-looking three-piece rear wing. 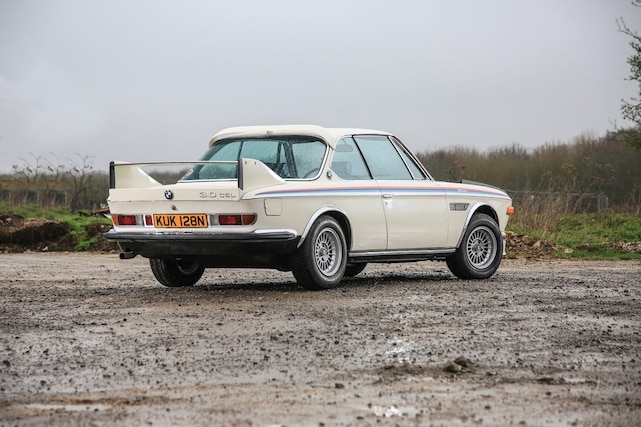 Records indicate that it was built in the summer of 1973. The car spent much of its early days in Spain, but was not registered until 1975 by the first owner.

Ten years later it moved back to Germany and remained there until 2007. It was sold and returned to Spain once again and reportedly received a complete service in Barcelona by an expert racing mechanic. The auction house states that the auto was purchased by its current owner in 2013.

You Can Own This Original-Condition BMW 3.0 CSL "Batmobile"
Photo /