The entire cadre of vehicles brought in $2.2 million-plus in total

Just a week after the famed 1968 Ford Mustang GT fastback featured in the Steve McQueen flick Bullitt sold for a hefty $3.7 million, Fast & Furious star Paul Walker's 1995 BMW M3 Lightweight set a new world-record sales price at auction for the model, at a massive $385,000. The car sold as part of a 19-vehicle collection from the late actor's estate that was auctioned at the 2020 Barrett-Jackson Scottsdale auction. The entire cadre of vehicles brought in $2,279,750 in total.

Walker rose to fame with his performances in the Fast & Furious movie franchise, which was themed on the street-racing scene. Walker was a car enthusiast even outside his role as Brian O'Conner, driving in West Coast Time Attacks and amassing an impressive collection of cars, trucks, and motorcycles, some of which were reportedly purchased as investments. The proceeds are said to benefit Walker's daughter, Meadow Walker. 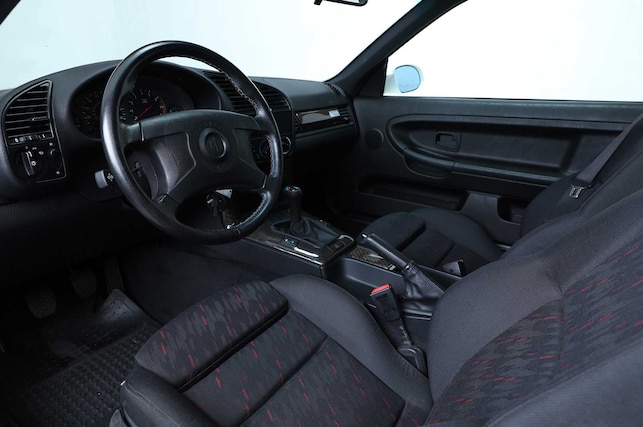 The stars of the sale were arguably Walker's collection of rare 1995 BMW M3 Lightweights, special versions of the E36-generation M3 that weigh some 200 pounds less than standard versions. A special rear wing, adjustable front lip spoiler, dual-pickup oil pan, BMW Motorsports wheels, checkered-flag graphics, and other changes. Just 126 Lightweight spec cars were built for the U.S. market and Walker owned five in total. An example with just 4,600 miles from new led the charge, reaching an incredible $385,000 after buyer's premium. The other four Lightweights sold for between $220,000 and $258,500 and had more miles on their odometers.

Here's how much the Paul Walker Collection of collector cars sold for at the 2020 Barrett-Jackson Scottsdale sale: