Images Courtesy of Bring A Trailer

Prices have skyrocketed for '90s Japanese supercars in recent years, making what were once attainable dream cars significantly less so. MkIV Toyota Supras and first-generation Honda/Acura NSXs can now command as much as six figures at auction, so just imagine what this incredibly rare 1999 Acura NSX Zanardi Edition might go for when it crosses Bring a Trailer's virtual block.

Driving Honda-powered cars, hot shoe Alex Zanardi won back-to-back titles in the CART open-wheel series, a championship that raced primarily the '80s and '90s. To commemorate those victories, Honda released a special version of the Acura NSX in the U.S. called the Zanardi Edition. Sold only for the 1999 model year, just 51 examples were made. The car is especially desirable for its slicktop roof, as opposed to the removable targa top that nearly every other NSX came with after 1994. Having a fixed roof contributed to the Zanardi Edition's reduced weight, which was down 149 pounds from an NSX-T thanks also to unassisted rack-and-pinion steering, a single-pane rear window, lightweight rear spoiler, lighter battery, and a set of lightweight BBS wheels. 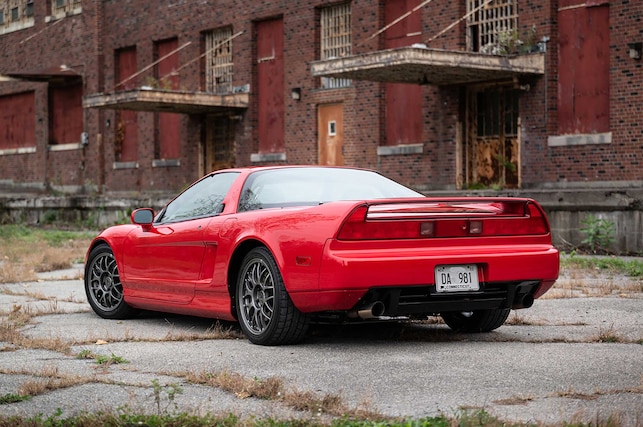 Those wheels, measuring 16 inches in diameter up front and 17 inches in back, help the Zanardi Edition stand out with their multi-spoke design and dark gray finish. Another thing that sets the special NSX apart is its exclusive New Formula Red exterior paint, which all Zanardi Editions wore to match the championship-winning race car's color. Inside, the Zanardi Edition received black microsuede and leather seats with red contrast stitching, along with a red-stitched steering wheel and door panels. A brushed aluminum ID plaque was placed between the seats on the rear firewall, displaying Alex Zanardi's signature and the vehicle's sequence number.

Power from the twin-cam 3.2-liter C32 V6 remained the same as the standard model at 290 hp and 224 lb-ft of torque, but it was sent to the rear wheels exclusively through a six-speed manual transmission. So, for NSX purists, this is pretty much as good as it gets (at least in the U.S.) If you want this particular specimen, you'll need a good chunk of change. As of this writing, bidding is up to nearly $80,000. The last Zanardi Edition sold on BaT hammered for $126,000. 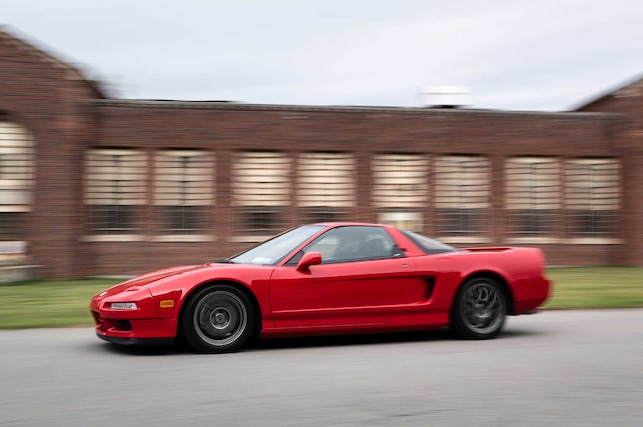 Super Street says: Look through our gallery, or better yet check out the photos on BAT. This Zanardi Edition NSX is not too shabby! Number 43 of the 51 made, it's got less than 58k miles on the odometer, and while it's got some chips in the hood and the hood prop is missing, it might not be such a bad deal—although pushing $80k, it's already too rich for our blood.