The coupe that started it all for many of us pulls in a staggering amount in auction at Bring A Trailer. 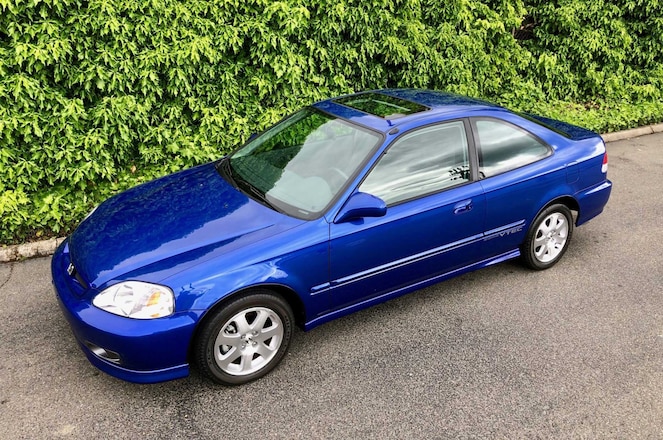 Someone just bought a 20-year-old Honda Civic for $50,000. Let that sink in for a second. In its heyday, the Civic of this generation was a cheap canvas for enthusiasts looking to build their dream custom or track rat. Yes, even the Si version like you see here, a hotted-up coupe fitted with the company's still-novel VTEC variable valve timing system. In the ensuing 20 years, as so-called EM1 Civics (the alphanumeric a reference to their chassis code) have gone from inexpensive, reliable new cars to thirdhand beaters with a few generations of mods bolted on (or worse), the supply of clean examples has gotten small and is getting smaller.

So, what we have is a perfect storm. The Si coupes were a little rarer than other variants, and way more desirable. But not so rare that they were collectable when new or even slightly used. That meant it's taken a while for them to translate from simply being a cool used car to flog on or modify to something that folks might want to spend serious coin on. Say, 50 grand? 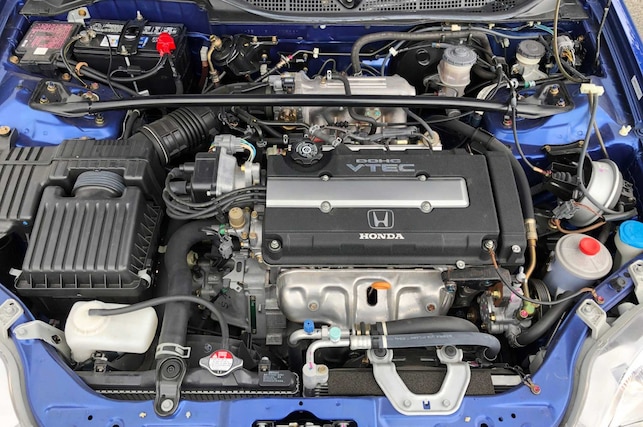 Bring a Trailer is exactly the forum where something like this—a 2000 model in a good color (Electron Blue), with ludicrously low miles (5,400 shown), and only a few minor mods—will reach the right audience to hit a remarkable result. This seems from the photos to be an honest car that wasn't buffed up for sale but rather in its original, remarkably preserved condition. It did less than 4,000 miles with its original owner, and the second put on just 2,000 more. It doesn't appear to have been resprayed, restored, or otherwise fiddled with. Although on something like this, where originality and condition alone are driving the value, we highly recommend getting an independent inspection before buying to confirm.

What we can definitely confirm is that these are a riot to drive; we absolutely loved it when new. Friendly, approachable, reliable, comfortable, and with the old-school VTEC that—yes—kicks in dramatically and enjoyably. These made 160 horsepower from a 1.6-liter engine that needs to be revved out past 6,000 rpm to come alive, but with a performance envelope that can be fully enjoyed around town and an 8,000-rpm redline, it's not really a liability. It's more an excuse to give the Civic a workout from every stoplight and around every roundabout. 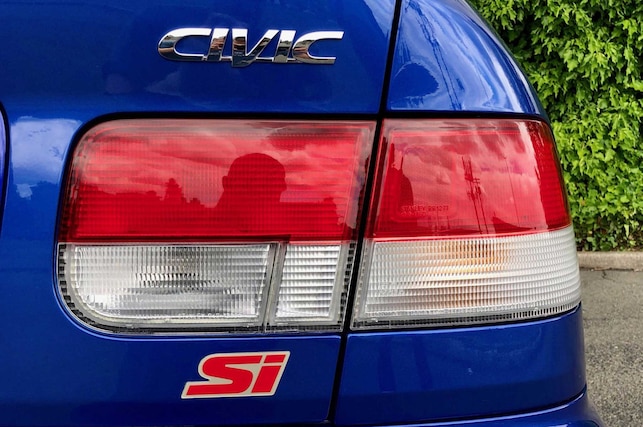 Does its condition and the fact that it's somewhat hard to find a clean Civic of this era justify the final price? Some of it the money is surely driven by nostalgia, as this was an "everyday hero" kind of car in its day, albeit one likely just a bit out of reach for many of its fans. Twenty years later, if you were given the opportunity to buy the exact car you wanted when you got your license in damn near showroom condition ... well, what's that worth to you?

From the Editors of Honda Tuning: The EM1 was special; it reintroduced the performance-leaning Si to the Honda Civic lineup at a time in tuner history when imports were just starting to get really popular. This one in Electron Blue is nearing icon status, and while $50k is indeed a pretty penny for a 20-year-old Civic, on several levels we totally get why someone would plunk down that much coin for a model that comes from a line of econoboxes.