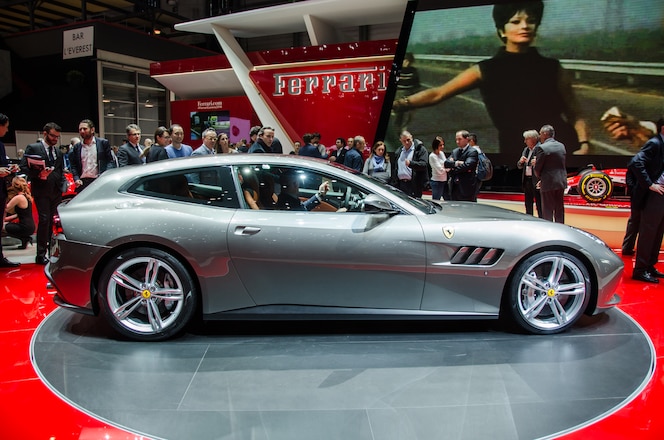 The 2017 Ferrari GTC4Lusso is a major rework of the oddball FF shooting brake. Ferrari is banking on more power, a more agile chassis, a restyled exterior, a more luxurious interior, and a name that cribs from two of Maranello's most iconic GTs to make the idea of a Ferrari wagon more appealing to well-heeled customers who might otherwise opt for a Bentley Bentayga. 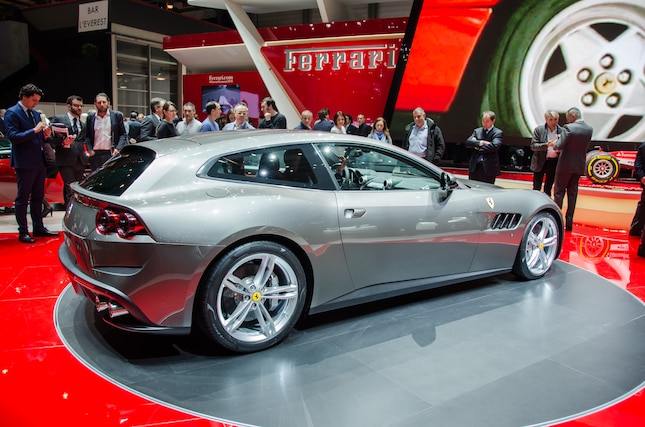 Like the FF, the GTC4Lusso has all-wheel drive, and it gains a rear-wheel steering system Ferrari calls 4RM-S. A version of the system that debuted on the F12tdf, it is designed to help agility on dry roads, and it works with Ferrari's Side Slip Control system to promote stability on low-friction surfaces.

The exterior redesign includes new panels front and rear and a more rakish roofline with integrated spoiler. A larger grille helps cooling, and the three-louver vents on the front fenders recall the 330 GTCs built in the 1960s. At the rear are twin taillights and a more aggressively chiseled diffuser. And it's not all just for show: Ferrari claims a 6-percent increase in aerodynamic efficiency compared with the FF.

The revamped interior includes a new, smaller steering wheel and a new Apple CarPlay-compatible infotainment system with a 10.25-inch LCD touchscreen. The passenger display system available on the FF is also optional on the GTC4Lusso, and it has been upgraded to allow music or destinations to be entered on the 8.8-inch touchscreen. Ferrari says improvements in chassis rigidity and an upgrade of the HVAC system contribute to a cabin that's 25-percent quieter. 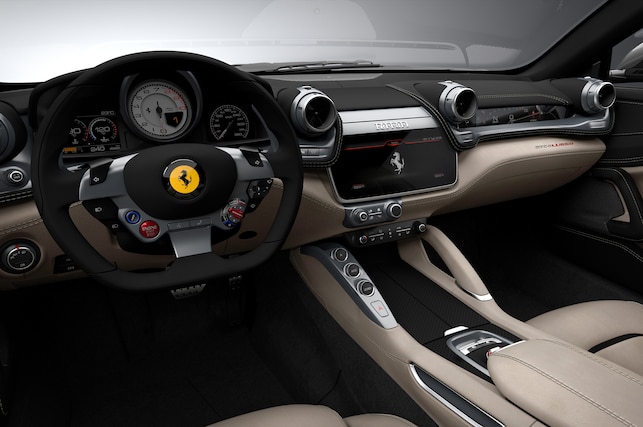 The FF has been one of those relatively unloved Ferraris. While U.S. customers can wait years to take delivery of some models, FFs have been generally readily available. And they suffer the highest depreciation of any current Ferrari. But will the GTC4Lusso fare any better? We'll find out when it goes on sale in the U.S. this coming September with a price tag in the region of $300,000. With only a few days before the start of the new AWD Ferrari FF V12 tests by the world's motoring press, two of these brand new supercars were taken by helicopter to the mountainous Sudtirol region in Italy. Read more about Ferrari FF Takes Helicopter Ride Video here. - Eurotuner Magazine 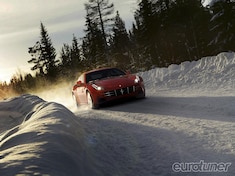 Check out these new photos of the AWD four-seater Ferrari FF. These pictures depict both a disguised prototype and a final model undergoing trials in Sweden and Finland. - Eurotuner Magazine