Is Ferrari's updated shooting brake the best of both worlds? 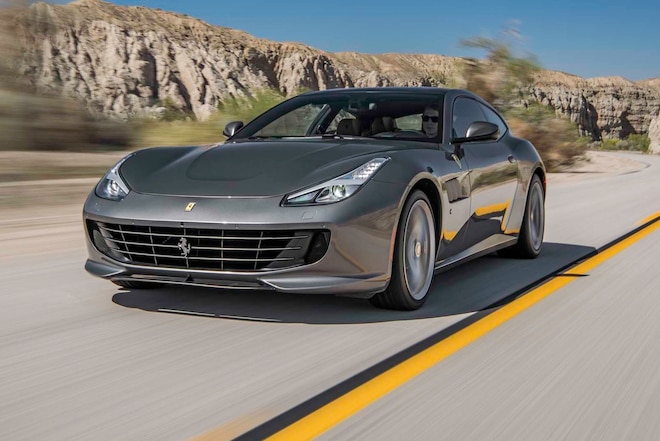 On this episode of Ignition, host Jason Cammisa drives the successor to the polarizing FF shooting brake, the new GTC4Lusso. Though it gets styling and tech updates, the car still features a liftgate rear end, front-mid-mounted V-12 engine, and a complex all-wheel drive system. Is it a better grand tourer than the car it replaces? Find out below.

Cammisa appreciates that Ferrari refuses to sell out like some other automakers that have chosen to launch SUVs. Though it isn't as practical, the GTC4Lusso is probably as close as we'll ever get to a Ferrari SUV with its four seats, wagon rear end, and all-wheel drive. But while it might be the most utilitarian Ferrari available, it's not the most comfortable. Cammisa says the seats are hard and "miserably uncomfortable." But the rest of the cabin lives up to the Lusso name, which means "luxury." Nearly every surface is covered in leather and the upgraded infotainment system brings the grand tourer into the modern era. The host also has a thing for the interior door handles, which he says are reason enough for someone to want to buy a GTC4Lusso.

As for performance, the GTC4 doesn't disappoint. The 2017 Ferrari GTC4Lusso makes 680 hp, or 29 hp more than the FF, and 514 lb-ft of torque from its naturally aspirated 6.3-liter V-12, which should be good enough for 0-60 mph in 3.2 seconds. But as quick and nimble as it is, Cammisa explains that this Ferrari is not a sports car. Find out why, and hear Jason geek out over the GTC4Lusso's two-transmission all-wheel drive system, in the full episode below.