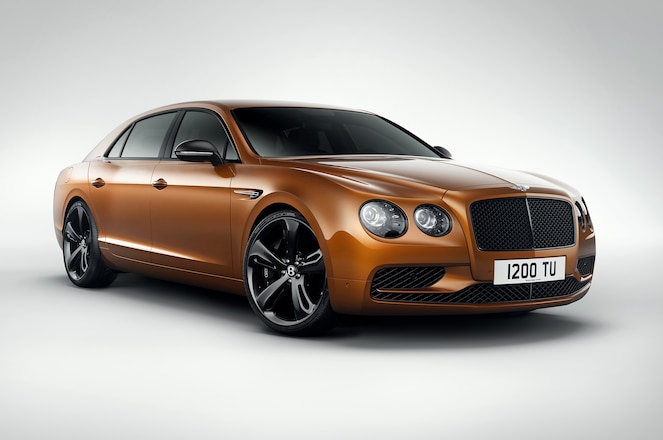 It's a stunning feat to brush past 200 mph in a purpose-built sports car, but reaching beyond 200 mph in a four-door is an entirely different experience. If you have the courage (and the bankroll), you have the pick of just a handful of sedans capable of such velocities. With the debut of the new Bentley Flying Spur W12 S, that exclusive club just got a little bigger.

Essentially, this is the overboosted, hunkered-down variant of the W12-powered Flying Spur, a four-door that is just as comfortable making an appearance at a Hollywood film debut as it is hammering down the autobahn at triple-digit speeds. The magic number is 202 mph, which makes this the first Bentley sedan to pass200 mph (the larger Mulsanne Speed is claimed to be able to hit 190 mph). Before the W12 S, the mighty Continental Flying Spur Speed handily dispatched the two-buck barrier with aplomb. It carried the same twin-turbocharged W-12 lump under the front hood, pushing out a healthy 600 hp back in 2008. 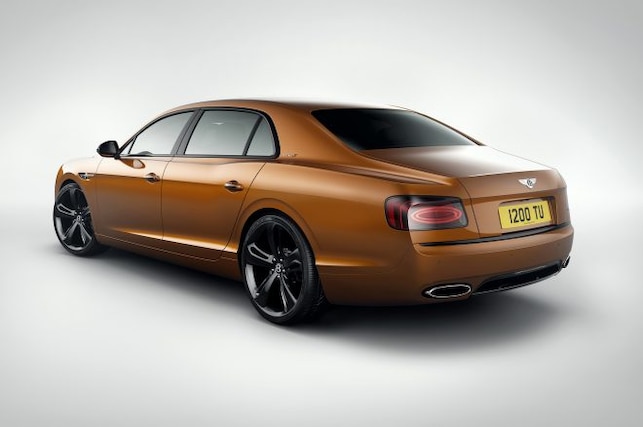 The W12 S builds on those impressive figures. The 6.0-liter now churns out 626 hp and 605 lb-ft of torque, making the all-wheel-drive W12 S capable of 4.2-second 0-60 mph sprints. To handle this extra gumption, Bentley beefed up the suspension, developing what it calls "a more responsive suspension tune." If the lofty v-max still has you sweating, Bentley will slot big carbon ceramic discs at all four corners. Not for free, of course.

Once you do manage to slow down, you'll be able to appreciate the myriad changes made to the interior outfitting. According to Bentley, the interior is now available in a "wider palette of colors," along with special stitching and revised fascia finish. "W12 S" is embroidered prominently into the leather headrests, blending in well with the "W12 S" door sill plates for the front and rear sections. For the driver, each W12 S comes standard with a neat Sport Plus steering wheel, complete with weighty metal gear-shift paddles.

Externally, the W12 S now comes with a suite of gloss black trim in place of the regular chrome pieces, including a darker tint for the front grille lattice. The headlights, foglights, and taillights are darkened as well. Up front, the lower bumper valence is a new, more aggressive design, complementing a new aggressive five-spoke wheel design.

No pricing information is provided, but as the adage goes, "If you have to ask" Buyers who write blank checks will take delivery of the new bad-boy Flying Spur at the end of the year.