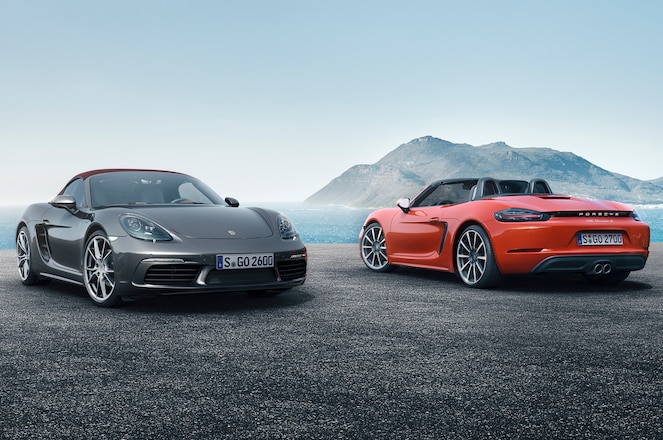 Porsche's smallest convertible, the Boxster, has gained a numerical designation to go with its mid-cycle refresh. Now called the 718 Boxster, the new baby Porsche has ditched the flat-six engines and received two new turbocharged flat-four mills. The 718 nomenclature is an homage to the mid-engine Porsche race car that won a number of races in the 1950s and 1960s. In addition to the Boxster, the Cayman coupe is also expected to wear the 718 badge. 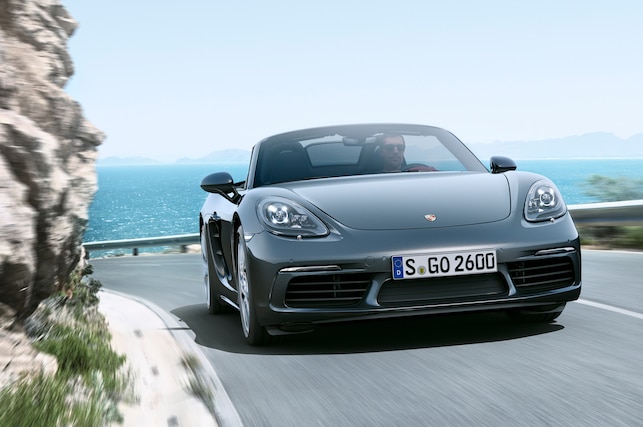 Transmission choices remain the same with the six-speed manual coming as standard equipment and the seven-speed PDK dual-clutch gearbox being an optional extra. Despite the increase in power, Porsche says that the new turbo-fours are also up to 14 percent more fuel efficient than the engines they replace. With the manual, Porsche expects the base 718 Boxster to hit 60 mph in 4.9 seconds while PDK-equipped models should do the deed in 4.7 seconds or 4.5 seconds when equipped with the Sport Chrono package. The more powerful 718 Boxster S, on the other hand, is expected to do the 0-60 sprint in 4.4 seconds with the manual while opting for the PDK drops that down to 4.2 seconds or 4 seconds flat with the Sport Chrono package.

In addition to the new engines, the Porsche 718 Boxster also gets a retuned suspension, an electric power steering system that Porsche says is more direct, and upgraded brakes. The PDK gearbox has also been improved with virtual gears that help save fuel. Additionally, every part of the car except for the cargo compartment lids, the soft top, and the windshield has been changed. Inside, the car features a new dash layout and comes with the newest version of Porsche Communication Management and a standard touchscreen, and a new instrument panel. Navigation, however, remains an optional extra. Not much has changed on the 718 Boxster's exterior design except for the larger air intakes up front, new side sills, bigger air inlets, and a rear spoiler that emphasizes the car's width. New LED taillights with four-point brake lights have also been added. 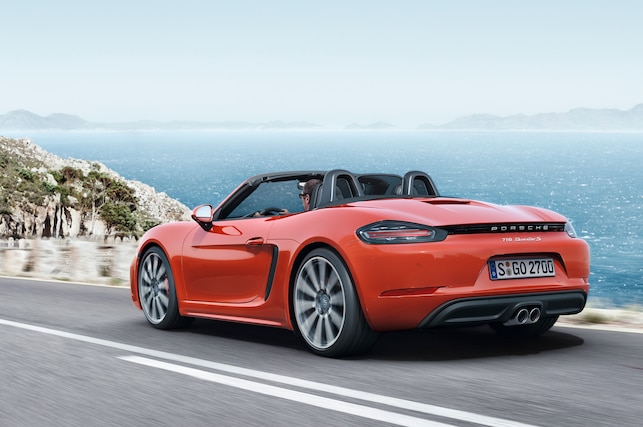 Optional features include Porsche Active Suspension Management, which lowers the car's ride height by 10 mm compared to the standard suspension setup or 20 mm when combined with the available sport suspension. The active suspension has also been reworked to offer a greater range of setups that offer better ride comfort for long trips or extra stiffness for enthusiastic driving. On the available Sport Chrono package, an Individual mode has been added to give the driver more ways to configure the car. A Sport Response button that sharpens response for that engine and transmission has been added to PDK-equipped 718 Boxsters with the Sport Chrono package. 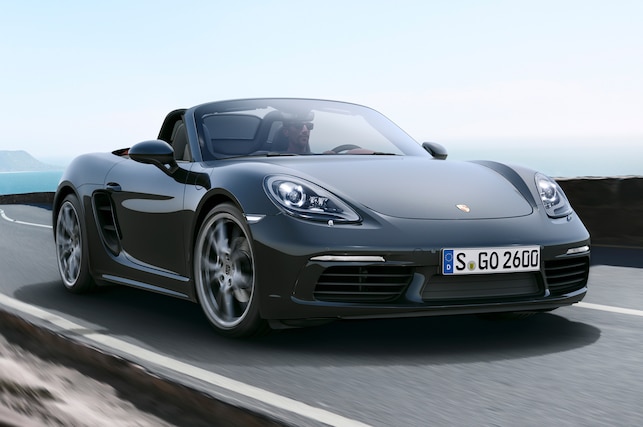