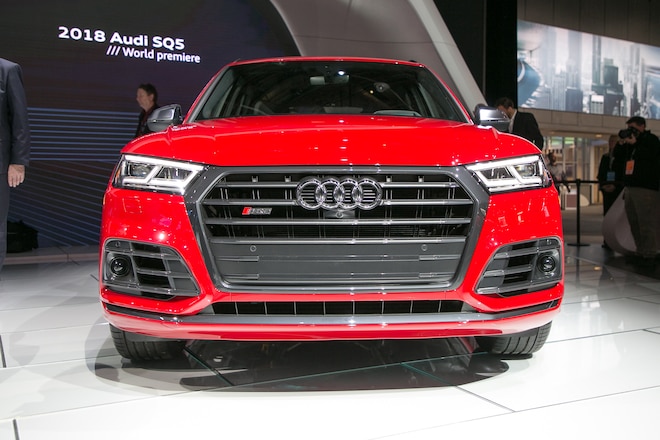 Goodbye, supercharger. Hello, turbocharger. The second-generation 2018 Audi SQ5 made its world debut at the 2017 Detroit auto show, showing off its sharper sheetmetal and a new turbocharged engine that's slightly more powerful than the outgoing model.

Like the Audi S4 sedan, the 2018 SQ5 will be powered by a 3.0-liter, turbocharged V-6 rated at 354 hp 369 lb-ft of torque. The new engine replaces the 3.0-liter supercharged V-6 powering the first-gen SQ5, which has the same horsepower rating, but makes slightly less torque at 346 lb-ft. We've praised the supercharged mill for its responsive and linear power delivery, but Audi promises the new turbo-mill should be even better. 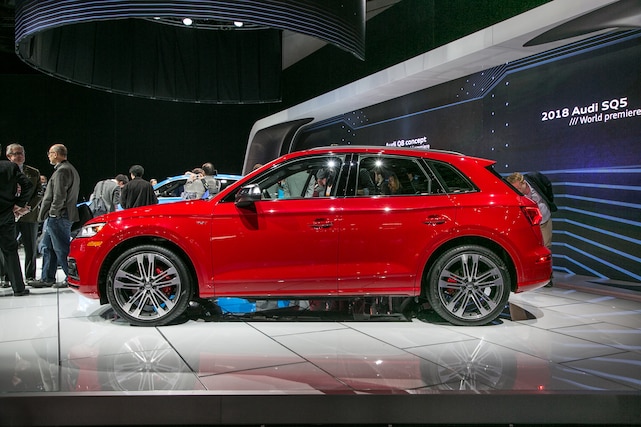 The engine is mated to an eight-speed automatic and Audi's conventional, full-time Quattro all-wheel drive system (the normal Q5 is fitted with the fancy Quattro Ultra system). Audi says the 2018 SQ5 will run from 0-60 mph in 5.1 seconds. This is likely a rather conservative estimate as the first-gen SQ5 did the deed in the mid- to high-4-second range in our tests.

The 2018 SQ5 can be equipped with a number of performance upgrades to make it more agile. For starters, an air suspension is available with S sport package, which also includes a sport rear differential. The variable ratio Dynamic steering system is also optional.

In addition to being quick, the SQ5 is also available with Audi's latest tech. The automaker's Virtual Cockpit--a configurable digital instrument panel-- is an option, and Apple CarPlay and Android auto are standard. Look for the SQ5 in showrooms by the second or third quarter of this year.