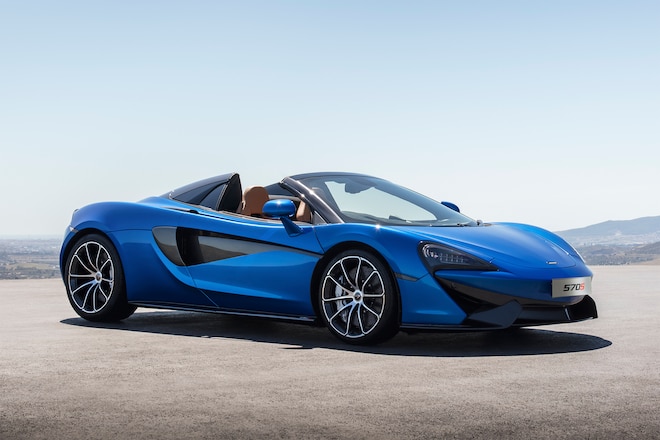 The two-seat, rear-wheel-drive Sports Series Spider features a retractable hard top, which drops in 15 seconds at speeds up to 25 mph.

Its new top adds an additional 101 pounds of weight but comes with no loss of structural rigidity, according to McLaren. A retractable wind deflector reduces wind buffeting when the top is down; it can be lowered with the top up for extra airflow and a louder engine soundtrack. 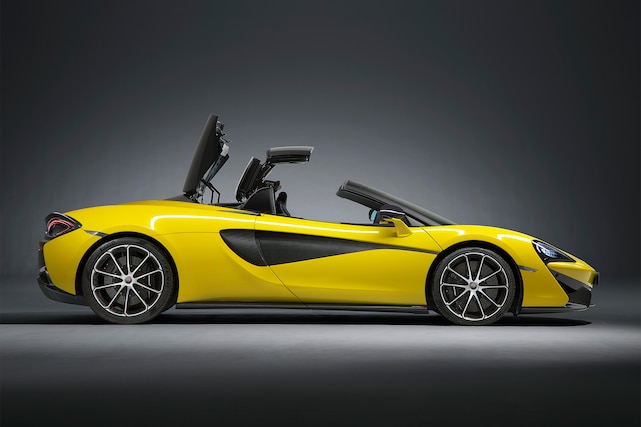 "The McLaren 570S Spider is the most attainable McLaren Spider to date and adds yet another dimension to the McLaren Sports Series family," said Mike Flewitt, McLaren CEO, in a statement. "This is a convertible without compromise; its mid-engine layout and carbon-fiber MonoCell II chassis guarantee the same thrilling dynamic performance and exceptional driver involvement enjoyed in a 570S Coupe but with the added attraction of a retractable hard top that delivers the extra exhilaration of roof-down motoring."

The latest Sports Series to join the family features a carbon-fiber chassis, dihedral doors, and an extended rear spoiler that is 0.5 inch higher than the coupe's to compensate for the change in body shape.

The first 400 cars built at McLaren's Production Center in Woking, England, will be launch models. The 570S Spider is available to order now and starts at $208,800. The first deliveries are expected to begin in September.