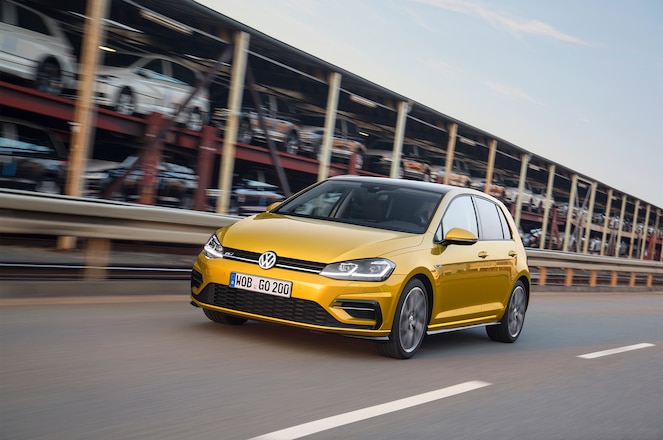 Having been launched in Europe in 2012, the Mk7 Volkswagen Golf is now entering its fifth year on the market. Much has changed between then and now, so it's not surprising that VW has seen it fit to give the compact hatchback a freshening.

Mechanically, Europe's updated Golf will serve as the launch pad for Volkswagen's new 1.5-liter turbo-four. It will make 148 hp and 184 lb-ft of torque in regular flavor and 128 hp and 148 lb-ft of torque in the more-economical BlueMotion variant. The new engine can pull off a new trick, too: shut off while coasting, like that of a hybrid, providing an incremental fuel economy improvement.

The 2018 GTI also gets a slight power increase, with the output of standard models rising to 226 hp and that of Performance variants to 242 hp.

Further, a seven-speed version of the automaker's DSG dual clutch automatic will "gradually replace" the six-speed in the Golf lineup.

Cosmetically, changes are minimal. Up front, there's a new fascia with LED headlights in place of the higher-end xenon HIDs. There's also a new fascia in the rear along with LED taillights.

Inside, the entire infotainment system lineup has been replaced with a new generation of Volkswagen's MIB system (MIB III). The optional 6.5-inch screen becomes the entry offering, the mid-range systems now have 8.0-inch screens instead of 6.5-inch ones, and the range-topping "Discover Pro" system now features a 9.2-inch glass screen with gesture control. Following their launch in the Golf, the new systems will be rolled out into the rest of the Volkswagen lineup. 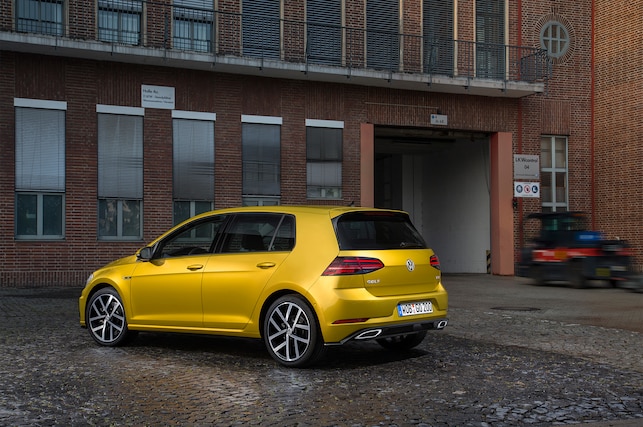 Volkswagen is also expanding the Golf's already considerable suite of driver assistance systems, making the compact hatch capable of partially automated driving. The most significant is Traffic Jam Assist, which combines adaptive cruise control and lane assist into a system that will keep the car centered in the lane and automatically brake and accelerate in traffic, though the driver's hands still have to be on the steering wheel.

Related to Traffic Jam Assist is Emergency Assist, which can stop the car if it believes the driver is unresponsive due to the lack of pedal or steering input. Prior to stopping the car, the system attempts to alert the driver (presumably with sounds and vibrations); if the driver remains inactive, it switches on the hazards, performs what is described as a "gentle steering maneuver," and then brings the car to a halt.

Additionally, Volkswagen improved its front collision assist system with functionality that detects pedestrians as well as vehicles and added a Trailer Assist function make it easier to hook up a trailer.

While the updated Golfs will be hitting European showrooms shortly as a 2017 model, U.S. market models will be updated for the 2018 model year, and some of the features may not make the trip across the Atlantic. Given the model year designation, the U.S. model should make its debut in the spring, possibly at the 2017 New York Auto Show. 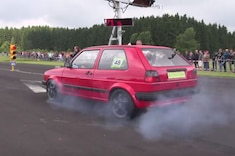 It's not every day that you see a second-generation Volkswagen Golf beat an Audi R8 V10 Plus in the quarter mile. 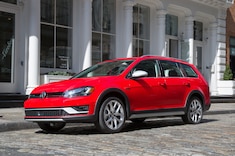