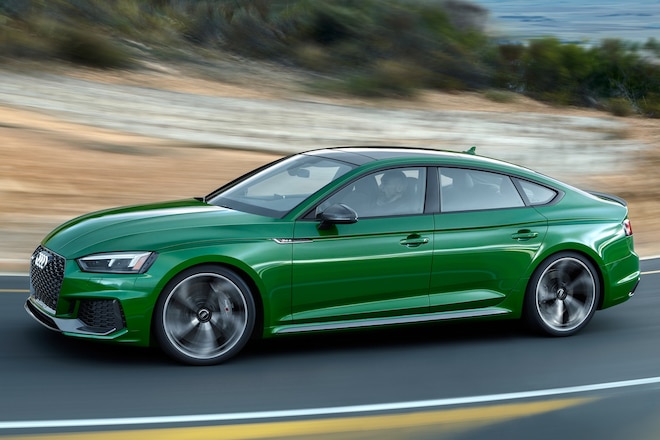 The 2018 Audi RS 5 Coupe is more of a grand tourer than a sports car, but it still looks fantastic, packs plenty of power, and growls like an angry bear if you put your foot down. But while it will hang with competitors such as the M4 and the C63 S Coupe, anyone looking for an Audi alternative to the M3 and four-door C63 has been out of luck. Until now. Meet the 2019 Audi RS 5 Sportback.

Essentially replacing the RS4 sedan, the RS 5 Sportback takes everything we like about the A5 and S5 versions and adds even more performance to the equation. Under the hood, there's a 2.9-liter twin-turbo V-6 that makes 444 hp and 443 lb-ft of torque. Paired with an eight-speed automatic and rear-biased all-wheel drive, the RS 5 Sportback will hit 60 mph in less than 4 seconds, according to Audi. Like the coupe, top speed is 155 mph. Add the optional Dynamic plus package, and top speed increases to 174 mph. For comparison, the S5 Sportback uses a 3.0-liter turbocharged V-6 making 354 hp and 369 lb-ft to hit 60 mph in 4.5 seconds. 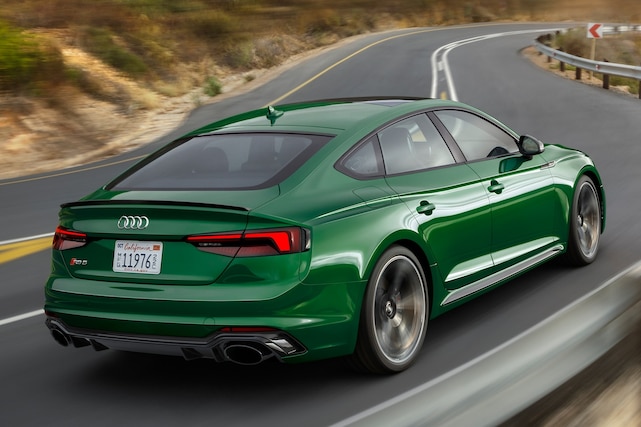 Audi says it lowered the RS 5 Sportback by about a quarter-inch and redesigned the standard sports suspension's front end to improve both steering and handling. But as we found with the RS 5 Coupe, the upgraded suspension with Dynamic Ride Control is the one you really want. The way it works to minimize body roll makes it worth the added cost.

Design-wise, there aren't many surprises. If you're already familiar with the rest of the lineup, the RS 5 Sportback looks about like you'd expect. As attractive as the S5 Sportback is already, however, that's not a bad thing. And while the 2007 RS4 will always hold a special place in our heart, there's no arguing that the rear hatch offers much more practicality than a sedan with a traditional trunk.

Audi hasn't said anything about pricing just yet, but expect that to be released when the RS 5 Sportback goes on sale in the U.S. later this year. 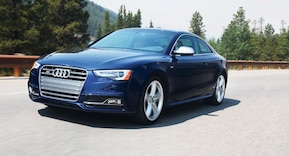 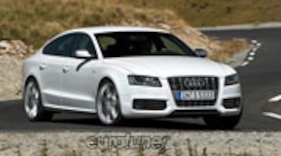 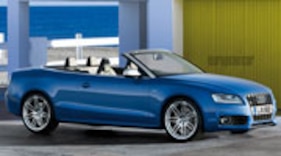